'Help! My House Is Haunted' Returns To Really 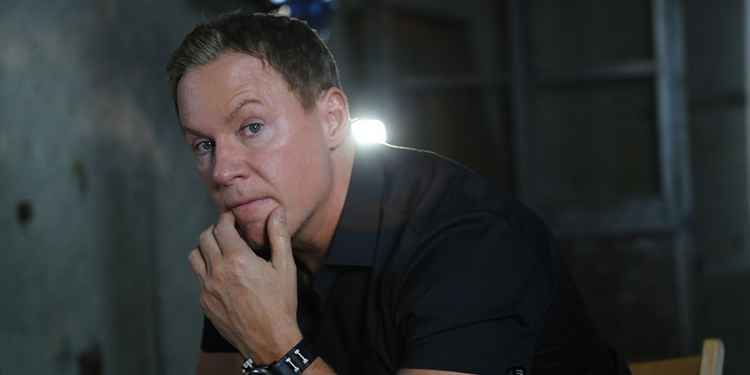 'Help! My House Is Haunted' returns to the Really channel for a second series this November and fans of paranormal reality shows are already excited.
The show is created by Zak Bagans, star of the popular US paranormal show, 'Ghost Adventures' and aired in the UK last summer. Now the team are back, but they've made some exciting new changes, including a new team member.
Jayne Harris will be joining the team for series two after appearing in Pick TV's 'Paranormal: Captured' earlier this year. Jayne is a self-styled "ghostorian" and founder of HD Paranormal Events, a public paranormal events company.
"Being invited to be part of the show came as a real surprise I must admit!"
Jayne Harris
Joining Jayne will be familiar faces Barri Ghai, founder of The Ghostfinder Paranormal Society and the show's investigator and paranormal tech expert, and world renowned psychic Chris Fleming.
Jayne said, "Chris and Barri are genuinely amazing. I've worked in paranormal research for over 20 years and I can honestly say their approach and dedication is second to none and they made me feel like part of the family instantly."
She added, "I loved being able to truly be myself, throwing my love of history and background in psychology into the mix. I hope viewers enjoy watching the show as much as we enjoyed making it."
Speaking about his new team member, Barri said, "Jayne is a breath of fresh air. She's added an element that we missed before. She's well-read, she's knowledgable, she's experienced, she grounds us both, and she's excellent on camera and articulates herself so well."
Jayne is replacing Sandy Lakdar, who appeared in the first series but has now moved on to work on new projects, including the recent Really show, 'Unexplained: Caught On Camera'.

Photo: twitter.com
The team of three paranormal experts will once again travel the UK visiting houses and families troubled by hauntings, using the latest technology to try to capture never before seen proof of the paranormal.
Although the locations for the new series haven't been revealed yet, Barri told us that across the 12 new episodes they'll visit seemingly ordinary homes belonging to normal people, who have fallen victim to paranormal occurrences. Not giving anything away about the locations, Barri teased, "they were brilliant, absolutely fantastic places."
In the first series, many of the locations the team visited were already well known paranormal hotspots. This time round they'll be tackling unknown and undocumented hauntings in real people's homes.
This time round, the team will investigate the locations with the aid of their new mobile nerve centre and even get the homes' owners involved in the investigations. Barri said, "it's ten times better than season one," adding that the evidence they captured is much more compelling this time around.
The debut series of 'Help! My House Is Haunted' picked up a silver award in the 'best paranormal reality show' category in the 2018 Paranormal Entertainment Awards, so we can't wait to find out what series two has to offer.

What a fantastic show to be part of. Series 2 of #HelpMyHouseIsHaunted #HMHIH is coming soon. The crew worked their socks off and were braver than expected. Even our sceptical series producer/director Ben Cole had his fair share of scares and personal paranormal experiences. pic.twitter.com/WH87O0et2D

The second season of the show was shot over the summer, but one of the team ran into a little problem of their own along the way and ended up having to call a fellow team member for "help!"
Barri recently came to the conclusion that something sinister seemed to have followed him home from an episode shoot, after his family started experiencing paranormal activity in their home. Barri told us that while he'd been away filming, his wife and daughters started to see and hear unexplained phenomenon around the home.
Eventually, Barri was forced to call Chris at his home in the US, put him on loud speaker, and together they performed a blessing and cleansing ritual around his house in order to drive the troublesome entities away. Barri joked, "it was like 'Help! My House Is Haunted' in my house."
The ghost hunter said that it had all started while he was filming the new episodes of the show. Meanwhile, something was unsettling his wife and daughters at the house they've lived in for the last five years.
Barri thinks that the trouble may have been caused by imps that he encountered while filming the first four episodes of the new series, "I don't know where I picked it up from or what happened, but either way it was mine and Chris' opinion that whatever was in my house was there to scare my family and kids because it couldn't affect me."
Chris in particular found filming the new series very rewarding. He says that at one of the locations he capture proof of elemental entities in the forms of ITC communication and it's changed he perspective on things. He says, "there are not just angels and demons but other various levels and dimensions of entities in existence going on all around us with many incredible and remarkable interactions with humanity and those in other realms."
He added, "I would not have believed it if I did not see first hand and record on audio what I and my teams encountered and communicated with."
We don't yet know exactly when the episode featuring the mischievous imps will air as Really haven't yet confirmed the date for the start of the series, but we know it's due to air sometime in November.

NEWS: Help! My House Is Haunted returns with the eagerly anticipated NEW SERIES this November.