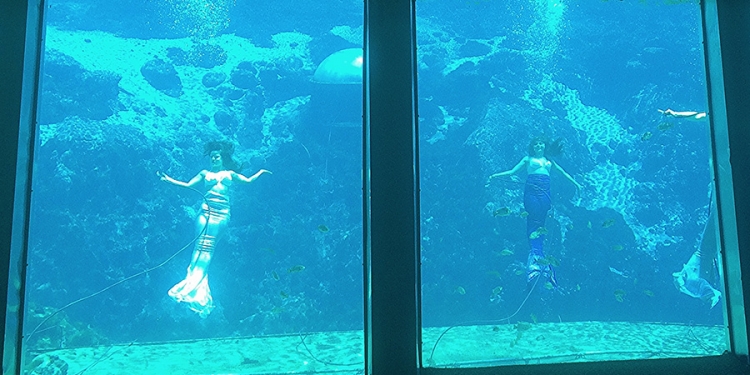 Photo: © Florida Fish and Wildlife
In folklore, the legend of mermaids dates back thousands of years, yet few have manage to capture a glimpse of these elusive sea creatures, but there's a place in Florida where mermaids are seen by hundreds of people on a daily basis.
Weeki Wachee Springs State Park has been the home to a shoal of mermaids since 1947. They perform for guests in a natural lake fed by a huge underground spring.
The pool sits above the deepest known fresh water cave system in the United States. Its through this network of caves that the Weeki Wachee River flows, keeping the pool constantly replenished and fresh. The river and the spring was given its name from the Indian tribe who settled there. It means "little spring" or "winding river."
Of course, the mermaids who inhabit the pool aren't really from the ocean. The show features a team of female performers dressed in fish tails as well as other fanciful outfits. Throughout the performance they breathe underwater using air hoses.
The show was created by stunt swimmer and attraction promoter Newt Perry, when it opened it had just an 18 seat theatre. That was later expanded to a capacity of 50, and now the 400-seat auditorium you can visit today. Visitors watch the performance through aquarium-like viewing windows below the surface of the water. 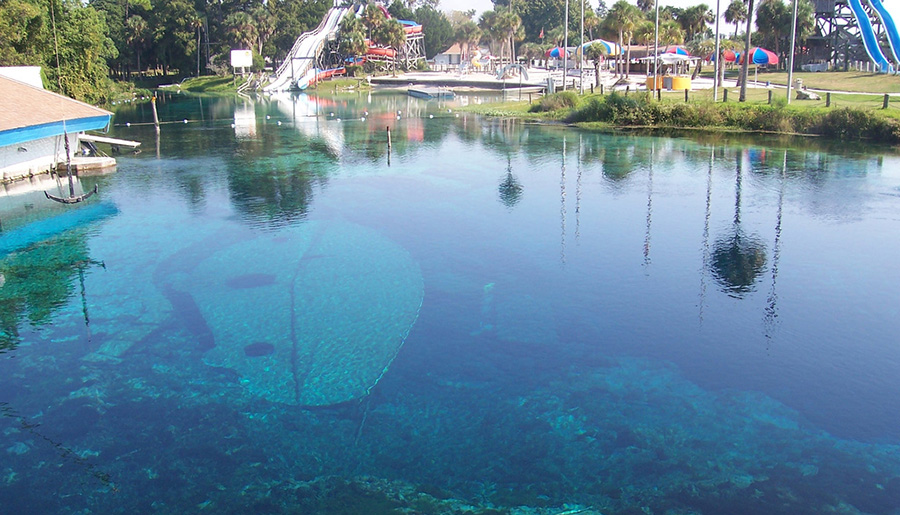 Photo: © Paul Clark
The mermaids, along with one male performer who plays the prince, perform their own version of Hans Christian Andersen's classic 'The Little Mermaid', which they say may be scary to very young children.
The performance tells the story of the mermaid coming face to face with her prince. Yearning to have legs like him, she makes a deal with the sea witch to give her what she wants in exchange for her beautiful voice. As the prince struggles to save the Little Mermaid's voice, a fierce battle ensues between him and the evil sea witch.
As well as this show, the mermaids also perform underwater feats, including eating and drinking underwater. The show also includes several musical numbers and the mermaids give the audience behind the scenes information about the historic show.
The park, which was taken over by the Florida Department of Environmental Protection in 2008, is also home to the waterpark Buccaneer Bay. It has had some famous visitors throughout the decades, including Elvis Presley. The mermaids have featured in several television shows and Hollywood movies, including Mr. Peabody and the Mermaid (1948) and Neptune's Daughter (1949).
English rock band Supergrass and Kelly Clarkson shot the music videos for their songs at the park, both of which feature scenes which include the mermaids of Weeki Wachee Springs.
In 2007 the Karst Underwater Research team were able to gain access to the underwater caves in order to explore them for the first time ever. They were shocked to find approximately 2KM of passages at an average depth of 80 meters, but some were as deep as 124 meters.
Tags:
mermaidcreatures