A 'Most Haunted' Movie Is In Production 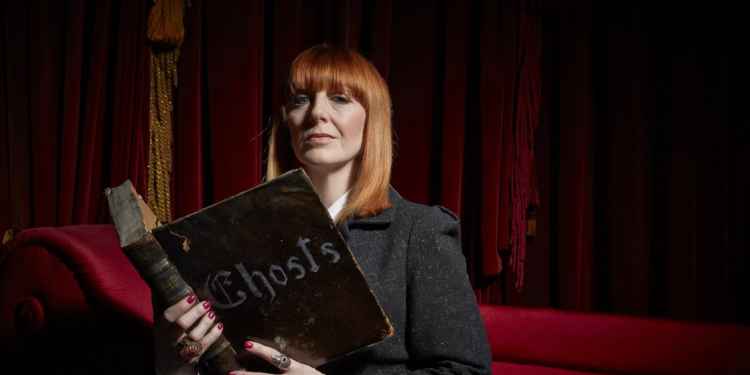 No joke, there is a movie in the pipeline based on Yvette Fielding's 'Most Haunted', and the plot actually sounds pretty good.
Whether you're a fan of 'Most Haunted' or not, there's no denying that the long-running ghost hunting show is one of the biggest brands in the paranormal world, and it looks like the team behind the show are now hoping to bring it to the big screen.
There's not yet a release date for the film, which is titled 'Most Haunted: The Movie', and it's not known if production is on schedule. But, the team behind the movie are hoping to be able to show off some sample scenes at the Cannes Film Festival next year.
The fictional movie will star the real-life show's hosts Yvette Fielding and her husband Karl Beattie, alongside Matt Willis, formerly of Busted fame, and 'Hollyoaks' star Gemma Atkinson.
'Most Haunted: The Movie' is currently in the early development stages but a basic plot outline has been published online. The story blurs the lines between real life and fiction with a plot line that might seem familiar to those who are familiar with Derek Acorah's controversial exit from the show. In the movie version, the show are forced to sack their resident psychic, "Kailash Mylvahan" after being proven to be a fake.
Of course this instantly discredits 'Most Haunted' and skeptics are quick to brand the whole show fake. The movie then follows the journey of the crew as they attempt to prove once and for all that ghosts are real by putting on a live paranormal television broadcast, the likes of which has never been seen before.
Yvette and her gang of ghost hunters plan to show the world empirical, irrefutable, tangible evidence that the supernatural really does exist. The only problem is, the show's producers are going to fake it.
From the moment the fictional show was announced it was already set to be the biggest TV event for years, making it a hoax to rival Orsen Welles' legendary broadcast of 'War Of The Worlds', which left real US citizens grabbing their guns, and preparing for a coming alien invasion.
But, as people all over the world, cynics and believers, young and old, gather around their TVs and prepare to witness history in the making, one thing the producers didn't expect happens. In a plot twist not too dissimilar to an updated version of the 1992 classic 'Ghostwatch', all hell breaks loose as the team experience real paranormal activity on live TV.
'Most Haunted: The Movie' will be directed and produced by Dominic Burns, but has been written and created by Karl himself.
The movie has secured funding through Red Rock Entertainment, and has been listed on their website as a current project since September 8th, 2017. Red Rock are a film finance company, based at the world famous Elstree Studios, home to some of the biggest TV shows on UK television and the studio of choice for many successful British filmmakers.
'Most Haunted' returns for its 21st series on Friday 27th October, which will mark the 238th episode of the show. Fans are still waiting to hear if there will be a real live show this Halloween but are expecting an announcement from television channel, Really, this week.
For reviews of all of the new episodes, plus highlights and evidence from the shows, and to find out when Most Haunted is on next, visit the Most Haunted episode guide.