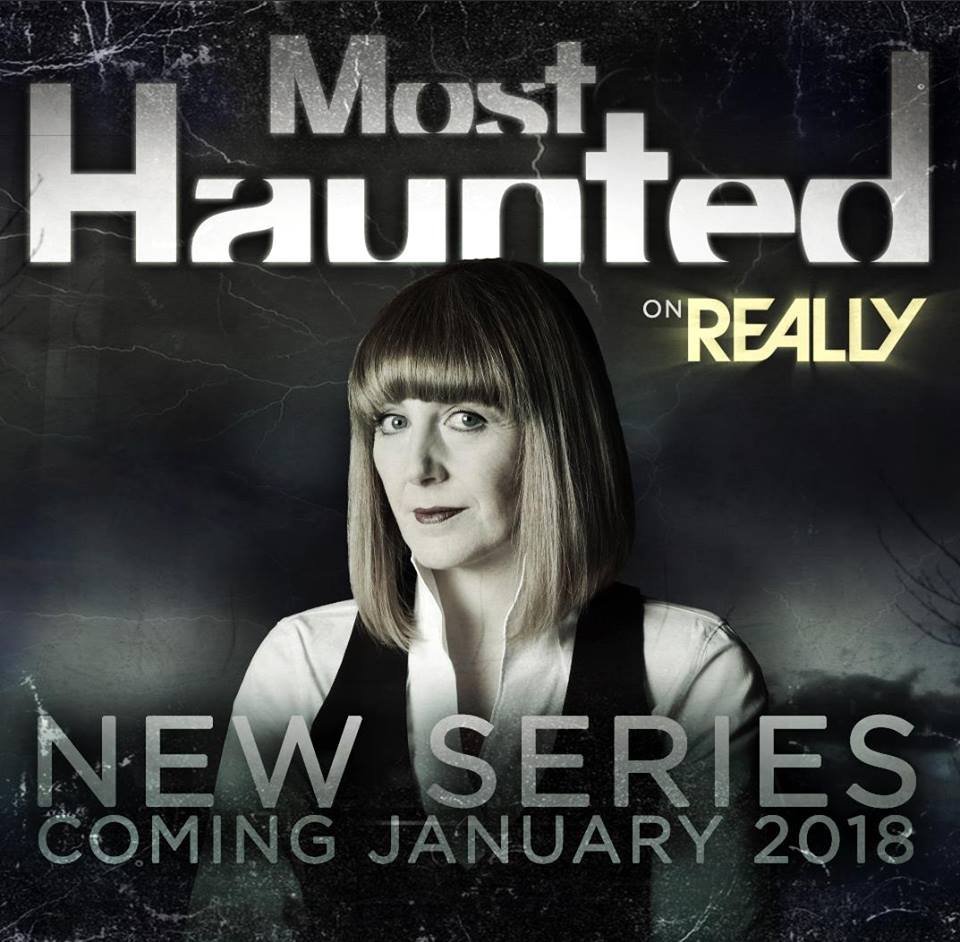 » For reviews of all of the new episodes, plus highlights and evidence from the shows, and to find out when Most Haunted is on next, visit the Most Haunted episode guide.

Really and UKTV have confirmed that Most Haunted will return for a new series on January 19th, 2018. With an episode filmed at Birmingham's Steelhouse Lane Lock-Up, a historic Grade II listed police station which operated for 125 years, only closing last year.
The show's executive producer Karl Beattie tweeted early in the new year that "the first episode in the new @OnlyMostHaunted series is a 2hr as live special and it's a corker, never have we faced this type of paranormal activity!"
However, it seems the order of the series has been changed and the "as live" episode will air mid-series, with an investigation of Codnor Castle Cottage, overlooking the beautiful Erewash Valley in Derbyshire.
2017 was quite a year for the long-running ghost hunting show hosted by Yvette Fielding. Her and her team of fearless paranormal investigators have brought us two new series in the last twelve months, including an epic Halloween special at Croxteth Hall, and some of the best episodes to date.
The show has made front page news headlines and appeared in countless other publications as a result of what Yvette described as Most Haunted's "most groundbreaking" ghost footage ever. The spook dubbed "the Wentworth Ghost" was captured on camera during an episode shot at Wentworh Woodhouse in South Yorkshire.
With viewing figures up to 30% higher than ten years ago and more people watching Most Haunted at Halloween than any other paranormal show, it has been the show's best year yet. So it's no surprise that the Really channel has confirmed that show will be returning for its 22nd series in 2018.

"No one know what 2018 will bring, with one exception... more Most Haunted, and we hope you enjoy every episode."
The Most Haunted Team
The new series will mark the 238th episode of the show, which first aired in 2002, but what can we expect from series 22?
Not much is known about the locations that will feature in the new series. Of course we know the first episode will be a two-hour special at Steelhouse Lane Lock-Up. The team will also visit Dudley Castle, Llanfylin Workhouse, and Codnor Castle.
Some fans are worried that one of the shows paranormal investigators has left having been seen less in the most recent series. Stuart Torevell only appeared in the episodes shot at The Fleece Inn and Rowley's House, as well as the Halloween special. But the long-running cast member does return this series, albeit in the second episode.
Some fans are hoping that the next series will get a little more scientific with the introduction of most more ghost hunting gadgets, as seen in other shows like Ghost Adventures. Where as other viewers would like to see the show move further away from science and reintroduce a medium to the cast.
Of course when the show first aired it was Derek Acorah who took on this role, he lasted for six series before being replaced by David Wells. Gordon Smith, Brian Shepherd and Chris Conway all also had a stint as the show's medium.
However there are those fans who simply say, "this latest series has been the best yet. Don’t change a damn thing."
Are you ready for the new Most Haunted for 2018?

Are You A Die-Hard Most Haunted Fan?

Really are looking for die-hard fans of all things paranormal for the chance to appear on TV.
The channel, which is home to Most Haunted are giving you the chance to submit a video of yourself which will feature on an upcoming promo for the new series of Most Haunted.
Really posted the news on their Facebook page and are asking fans to reply to the post with a video of themselves answering one of the following questions. Why do you love Most Haunted? What's your Most Haunted viewing routine? Why are you interested in the paranormal? Full details of the competition can be found here.