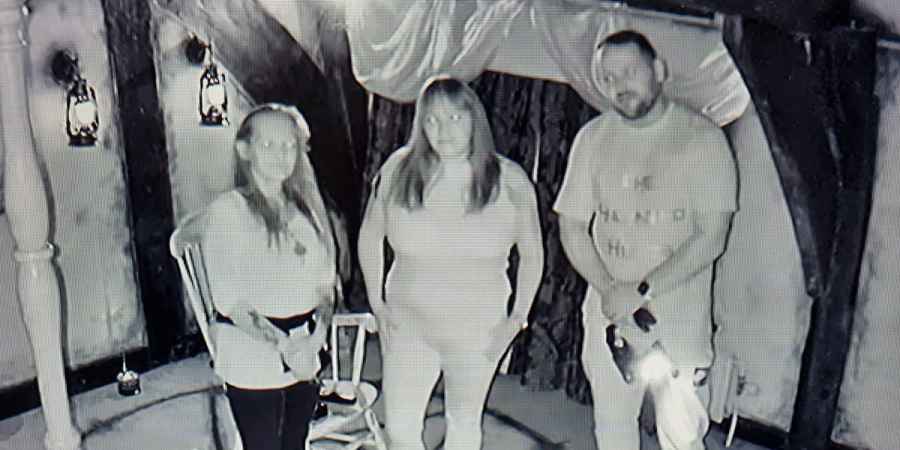 Chester's historic haunted hotel invites the brave to spend a night in its creepy rooms this Halloween as the venue hosts the ultimate fancy dress party.
Ye Olde Kings Head, dubbed Britain's "most haunted hotel", opened up its doors to ghost hunters earlier this year, giving members of the public the chance to spend a night there and star in their own paranormal investigation.
With October fast approaching, the venue has announced that on Sunday October 30, they'll be hosting their first ever Halloween party for up to 60 guests, and it's fancy dress, so don't forget your spooky costume.
The night begins with guests heading up to the function room where a big screen will be showing the 'My Haunted Hotel' Halloween special. This will be followed by the chance to ask the team behind the show your questions about all things paranormal as Harry Achilleos, Brett Jones and Danny Moss host a live Q&A.
Later in the night the bar will open and guests will be invited to party hard until midnight with a cracking Halloween playlist.
There's no shortage of ghost stories related to the iconic 17th century inn, it's been investigated by some of the UK's best-known paranormal teams and television shows.
Since April it has become the focus of its own series, 'My Haunted Hotel'. To date hundreds of fearless guests have stayed overnight in the hotel and become the stars of their own paranormal show. Some of the paranormal evidence that's been captured on the venues 16 static cameras has gone viral around the world.
No episode will be filmed and there will be no formal investigations conducted on the night of the party, but if you're brave enough you can book one of the six rooms and stay the night. Since the bedrooms are said to be the most haunted parts of the building, you'll get the chance to investigate them when the party comes to an end.
There are 60 tickets available now at a cost of £10 per person from myhauntedhotel.com, where you can also book one of the six bedrooms. An all-night stay will cost £200 per room, but includes free entry to the party, a drink upon arrival, plus free merch and the chance to arrive an hour earlier to meet the the team and head off on a private tour.
On the night of Halloween itself, all six of the hotel's rooms are also available to book on a first come first serve basis. This being a Monday, the night will run as normal, with a series of investigations which will be filmed for a future episode of 'My Haunted Hotel', but with a few Halloween extras, such as a traditional candle-lit séance held in the hotel's Victorian style brothel.
Tickets for the Sunday October 30 event can be purchased via the venue's official website, with the option of booking a room. Overnight stays are also available throughout October including Halloween night. Find out more and book your ticket at myhauntedhotel.com.
Tags:
paranormaltopicalcheshiremy haunted hoteldanny mosshalloweenhalloween 2022