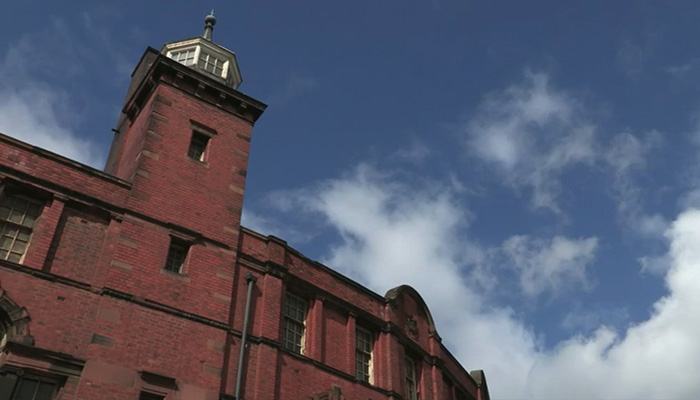 Yvette Fielding took her team of ghost hunters to a museum in Sheffield where they were on the hunt for spooks, but the paranormal activity proved to be too much for one member of the team.
The team are spending the night in a building that was originally built to protect the local community from fire and crime, but since then it's become a museum and a much more formidable place where poltergeist lurk and dark entities roam.
This magnificent Victorian building is situated in the heart of Sheffield and was originally built to house the fire, police and ambulance services, opening in September 1900. The building was completely taken over by the police in 1924, when the other services moved to new premises.
In 1965, the police finally moved out and in 1983 the building became the museum it is today. 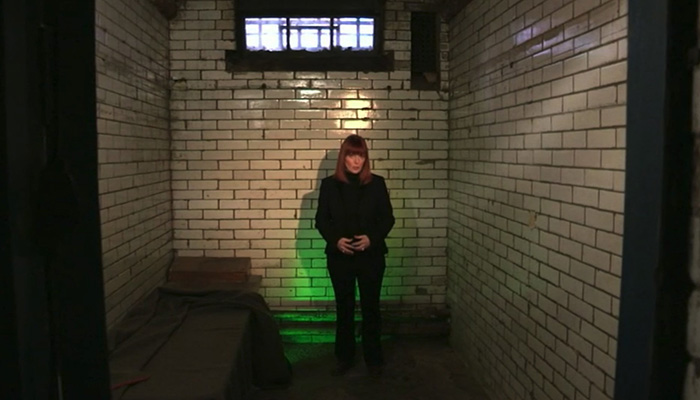 Dark ghostly figures are often report walking along the long corridors, and in the dark cells at the bottom of the building the ghost of Cane, a past inmate is said to still occupy his cell and has a hatred for women. On the first floor there is a corridor and a room that are said to be inhabited by a dark entity, a lost sole that is aggressive and loves nothing more than to scare visitors.
The museum shows off some of the emergency services vehicles that have been used in the area throughout the years, including old fire engines and ambulances. But something strange is said to happen to these vehicles in the dead of night, people have seen the ghostly figures of men and women sat behind the steering wheels. While other vehicles are said to echo with the voices of the dead.
On the upper floors, disembodied voices are heard at night, as well as footsteps, moans and groans. According to the show's resident demonologist, Fred Batt, "there's meant to be a demon" on the top floor. He said he wants to investigate the claim later in the night, adding "I've been wanting to come here for some time. Just walking around this place there's a feeling of eyes looking at you everywhere, and they're going to be watching us all night." 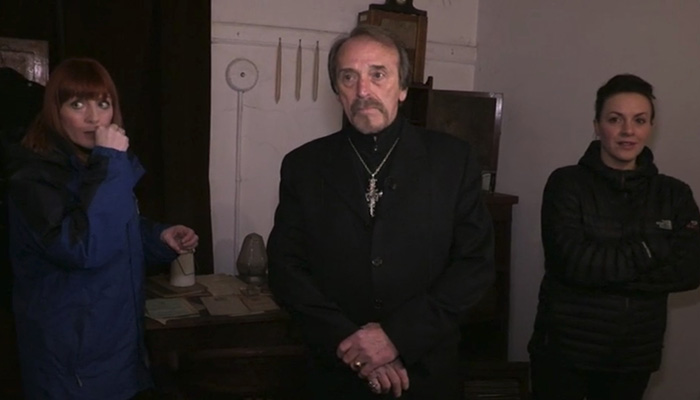 The action started on the initial walk on the top floor, Yvette, Fred and Mel Crump stood in an old office room with new team member Gregg Smith behind the camera. They hadn't been in the room long when they started to hear knocks and bangs, which Gregg said sounded like they were coming from right behind him. They also reported hearing a whistle.
Karl Beattie, who was stood behind the camera at the time suddenly jumped, sure that something had touched him. Fellow crew member, Darren Hutchinson, who was stood next to Karl at the time confirmed that he hadn't touched him.
Yvette than called out "are you going to do horrible things to us? Are you going to harm us? If you are two big loud knocks please," there were two very clear and deliberate knocks in response to Yvette's question. New guy Gregg said, "I'm astounded I'm hearing the things you're hearing, it's interesting and I'm looking forward to coming back later."
The team then moved on to the cells, but just as they were walking in Yvette heard an odd humming noise. Sound guy, Matt Chance caught the sound on camera. 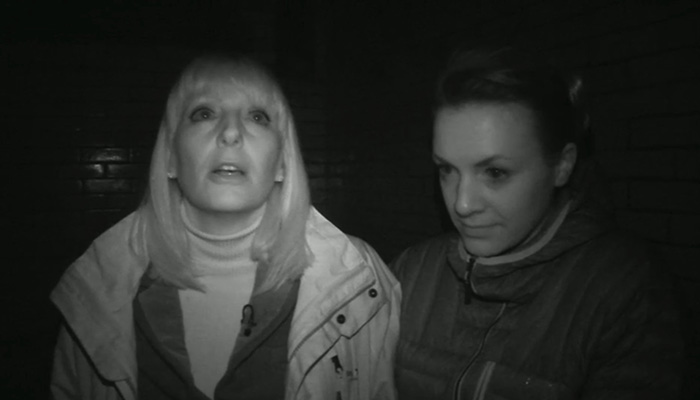 With the lights out, the investigation began and the team headed for the scariest places the building has to offer. Yvette, Mel and Gregg started off in the cells where Yvette was calling out for another of the building's spirits, murderer Charles Peace, who was also known as Cane. Yvette called out, "hello, there's two ladies here, two girls. Come and say hello to us. If there's a spirit here who wants to talk to us, then please make a noise." 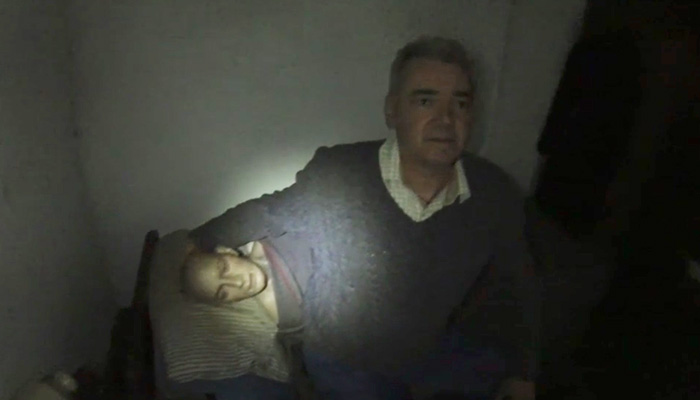 Yvette and co might have had a slow start, but for Karl, Darren and Fred, who returned to the fireman's room, with Stuart Torevell on camera duty, there was plenty of paranormal activity.
Stuart started calling out, "do something for us, push one of us." Just as Stuart heard an odd noise, which he described as like a retching sound, Darren said that something touched him.
Karl called out, "come on, do something else! We are not afraid of you." Seconds later there was a bang on the floor, which turned out to be a fork that had fallen on the floor behind Darren. He said, "things are happening behind me, which is freaking me right out."
As they were discussing the fork incident, what Darren described as a "weird gold ashtray" thing fell in the cupboard, seconds later there was another bang and Stuart said, "right, I'm off." But, Fred convinced him to stay. Before Stuart didn't have time to explain what had happened to him before a candle stick fell and hit Darren. Shining his torch at the table, Darren said, "that was there, and now it's jump off there and is on the floor."
After all this activity, Karl said, "in all the years I've done this, I don't think I've ever had so much activity in such a short space of time."

Back In The Cells 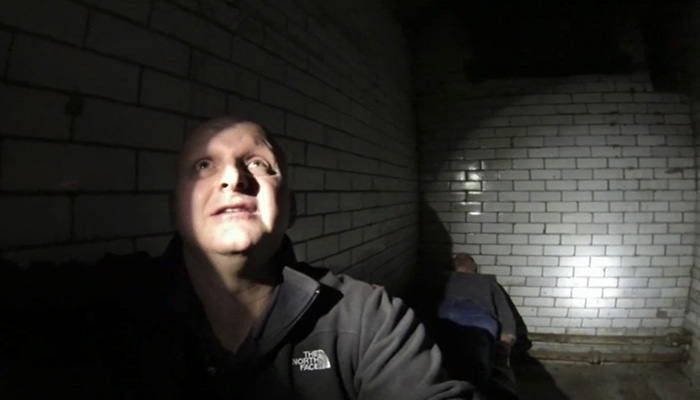 The teams re-grouped before continuing their investigation. Karl and Stuart were alone in the oppressive cells below the building. Karl decided to conduct an experiment and led on the bed in the cell and started calling out to the spirit of Cane, with Stuart sat on the end of the bed. It didn't take long for them to start to hear noises. Although they were sure they were alone in the cellar, they ran out into the corridor to see if there could be anyone else there who was making the noise, but the corridor was empty.
They followed unexplained sounds through into the part of the museum where the old vehicles were on display, upon entering this area they heard what sounded like keys rattling coming from the direction of the cells they'd just left, so they headed back to investigate, but found no obvious source of the sound.
They then heard tapping and banging coming from the end of the corridor, Karl said it may have been one of the cell doors banging. 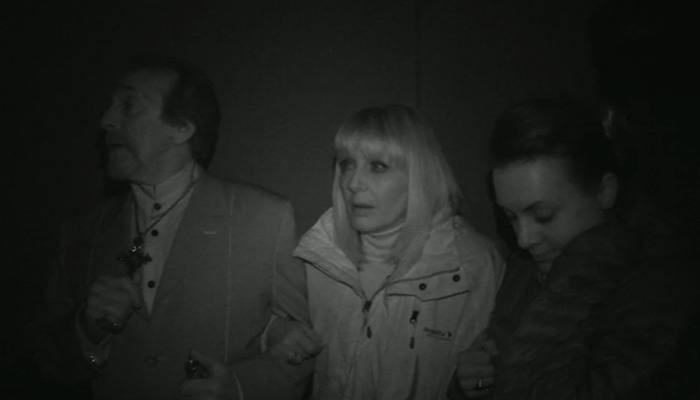 While the boys were having fun in the subterranean cells, Yvette, Mel, Fred and camera man Chris Burton went upstairs. Fred started things off by trying to tempt the alleged demon to come and haunt them.
Suddenly Chris said, "can anyone else smell smoke? Like a fire?" The rest of the team sniffed the air in front of them. Chris continued, "you know, like fire brigade smoke." Luckily, Fred jumped in to save him, "like water on fire. Yeah, I can smell that. Like a fire that's been put out."
Yvette then said, "can you show yourself, can you walk past the door?" Gregg moved is camera to point to the door and a shadow was seen moving past the door in his shot. Although it did look like it was just his own finger moving in front of the camera's infrared light source.
The team started hearing lots of knocks and bangs, Yvette said "it's coming from behind Chris every time." Chris didn't seem to like this, he moaned, "don't say that, no." 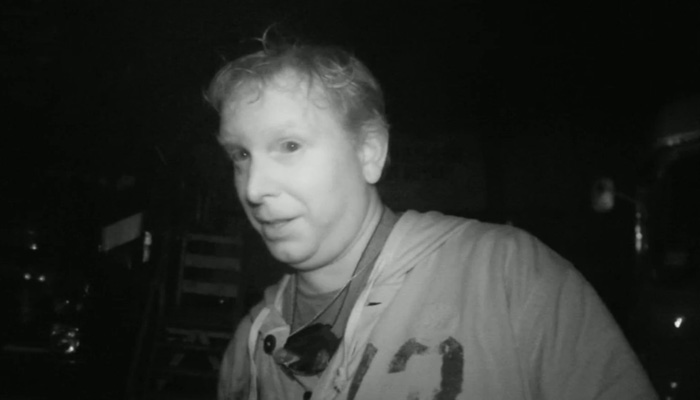 A few minutes later, Chris spun around with the camera and shouted, "woah, there's footsteps! Come on, you heard that." But Yvette said, "no." There was then a crash and at this point the camera lost all power and it seemed it was all too much for Chris.
We then see Chris walking out of the museum, Stuart is following with a camera. Chris says, "I've just had enough, Stu. That was just too much up there, so I'm going to hit the road and leave those demons to you mate. Good luck." This was to be the last time we'll see Chris. After seven years on Most Haunted, he packed up his kit and walked out of the shoot, never to return to the show. 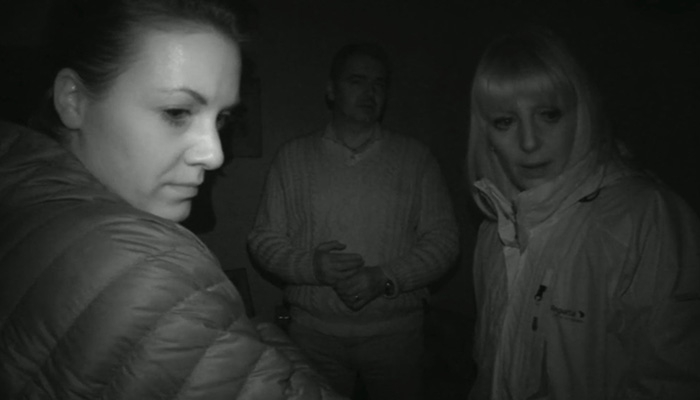 With one man down, the team carried on but stuck together as they headed back to the fireman's room for one last scare. The room seemed less active than earlier in the night and things started off slowly, although both Darren and Mel reported feeling cold.
Seconds later an object was thrown, Yvette said she had seen it flying over Karl's head. After a quick look around the room they found that a pink lightbulb that had been sat on the table throughout the investigation had been thrown and smashed on the wooden floor.
Soon after, Yvette called it a night and their investigation of this terrifying building came to an end.
For reviews of all of the new episodes, plus highlights and evidence from the shows, and to find out when Most Haunted is on next, visit the Most Haunted episode guide.

More From Most haunted View All