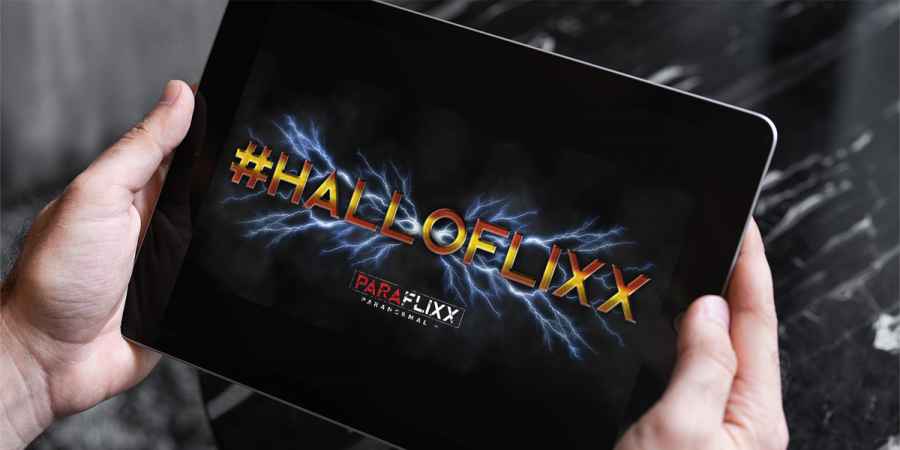 PARAFlixx paranormal+, the streaming service devoted to all things paranormal have teased some Halloween treats for subscribers this October.
With a goal of becoming "the Netflix of the paranormal," PARAFlixx hopes to prove itself this Halloween with a slate of Halloween specials which will be added to the streaming service's ever-growing library of original reality shows, fictional programming, music videos and feature films spanning the genres of paranormal, supernatural, horror and much more.
Taking on the likes of 'Ghostober' and 'Netflix & Chills', PARAFlixx hope their seasonal programming event, that they're calling #HALLOFlixx will go on to become an annual hit each Halloween.
HALLOFlixx will bring fans of the paranormal together to celebrate Halloween throughout the entire month of October with a lineup that includes the 1960s classic horror 'Night Of The Living Dead', and 'Alone At Hinsdale' - a never-before-seen documentary on the Hinsdale House produced by Nick D'Angelo of Ink Master.
Also look out for 'Examining Eloise', a shocking documentary about Eloise Hospital and a case study performed by a doctor about mental illness and demonic influence, and a whole host of short films and new episodes from the likes of 'Trick Or Sheet' and 'Escape Artists'.

Just hours away from 31 Days of #HALLOFlixx and this is just the tip of the candy corn.

Subscribers of PARAFlixx, which launched in March, can enjoy the month-long HALLOFlixx event alongside the platform's existing back catalogue of programming, with new episodes and content being added to the platform on a weekly basis - most of which is exclusive to PARAFlixx.
The platform is also a great source of paranormal documentaries, recent highlights include 'The Harrisville Haunting: The Real Conjuring House', which explores the validity of the haunting that took place at the real-life house that inspired the first film in James Wan's Conjuring series.
"PARAFlixx is a subscription on-demand website, as well as an app," says PARAFlixx President & CEO Natalie Jones, "we extend to all things supernatural, horror, thriller, vampire, UFO, extraterrestrial, cryptid and spiritual content, plus an enlightened learning collection."
As well as their Halloween offering, there's plenty more to come on PARAFlixx. Set to debut on the platform in 2022 is a film by writer-director Cody Knotts. 'Transubstantiation' follows a vampire, played by newcomer Ryan Joseph, who discovers that his only chance for a cure is to drink the blood of Christ, this leads him to abduct a priest and a whole family as he attempted to force God to perform a miracle.
Natalie says, "it's groundbreaking and it touches on something that really doesn't exist in the film industry right now, it's definitely going to be an explosive feature film."
With Halloween fast approaching, now is the perfect time to sign up to PARAFlixx and take advantage of their three-day free trial. A subscription costs $3.99 per month or $29.99 annually and allows you to stream on multiple devices and platforms including Roku TV and Chromecast.
To celebrate their favourite season of the year, the platform is offering new subscribers 40% off their annual subscription for a limited time, just user the promo HALLOFLIXX40 at checkout. To sign up or to find out more about PARAFlixx paranormal+ and their HALLOFlixx event, head over to paraflixx.com.
Add A Comment
Tags:
paraflixxtopicalhalloweenhalloween 2020