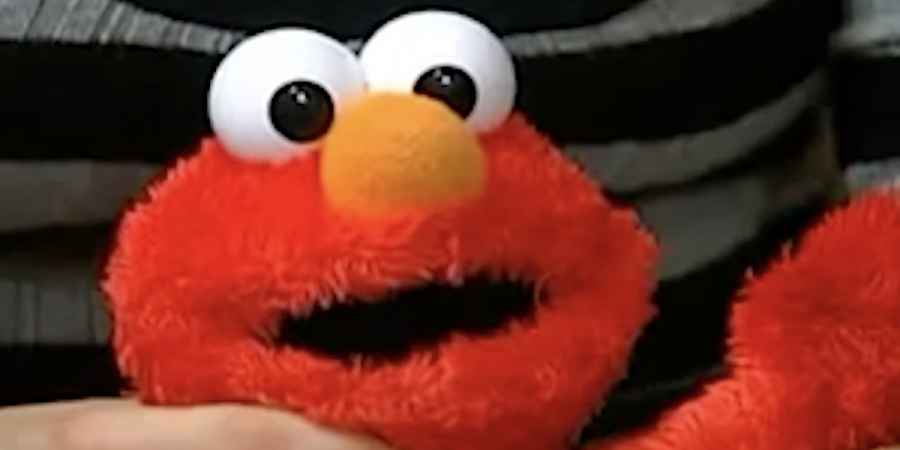 Photo: © The Paranormal Network
The movie website JoBlo recently launched a new series on their YouTube channel, The Paranormal Network. In the latest episode of 'Haunted Objects' host Evan O'Hare explores the strange story of a seemingly cursed Elmo toy.
In the 12-minute-long episode written by Mark Francisco, Evan looks into the story of an Elmo doll that is said to have delivered a sinister message to its young owner.
In 2008 a Florida family reporting gave their two-year-old son, James, an Elmo Knows Your Name plush toy. This particular version of the famous red Muppet could be connected to a computer and programmed to learn phrases, as well as the name of its owner.
It wasn't until the boy's mother, Melissa Bowman, changed the toy's batteries that she realised something wasn't right. With a squeeze of Elmo's furry tummy, the toy sprung to life and declared in the Muppet's recognisable sing-song voice, "kill James".
In an interview at the time, Melissa said, "about an hour later I noticed exactly what it was saying and my son was repeating exactly what it was saying."
The concerned mother tried swapping the batteries again and again but it only seemed to make things worse, the doll now began repeating "kill James" over and over at its own free will.
Melissa desperately tried keeping the demented Elmo doll away from her son, but it being his favourite toy, a determined James kept scaling up the counters and closets to get it. Fisher Price said that they investigated the issue and gave the Melissa a voucher for a new Elmo.
Evan asks, "did Melissa Bowman happen upon an Elmo doll for her son that was possessed by a demented spirit? Perhaps this specific little red demon was manufactured in the depths of hell itself, or could it have been just a demented prank by one of the Fisher Price employees at its manufacturing plant?"
Evan also investigates claims of alleged haunted dolls being sold on eBay, despite the fact that eBay no longer allows the sale of metaphysical items or any items with otherwise intangible qualities or traits, such as paranormal or otherwise supernatural claims made about any items.
The series asks how haunted objects come to be, leaving viewers wondering what they would do if they found out something they cherished was possessed. Would you try and throw it away? Destroy it? Maybe sell it to some unsuspecting buyer?
Previously in the series, Evan has investigated the story of the dybbuk box, James Dean's "little bastard" and the curious tale of an actual human skeletons being used on the set of the classic 1982 movie, 'Poltergeist'.
The series is created and directed by Jason D. Morris, written by Carly Street, Mark Francisco and Jason D. Morris, produced by Shoni Alysse Cook, co-produced by Jason Hewlett, and executive produced by Berge Garabedian.
Tags:
paranormalyoutubetopical