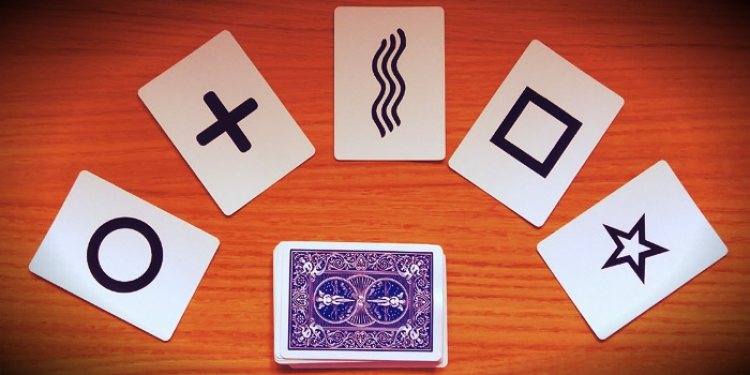 Since the early 1930s, Zener cards have been used in scientific experiments to test for extrasensory perception (ESP). The deck is made up of five different designs, a hollow circle (one curved line), a Greek cross (two lines), three vertical wavy lines, a hollow square (four lines), and a hollow five-pointed star. There are five of each making 25 cards in total.
Before each round the cards will be randomly and thoroughly shuffled, it's then the job of the clairvoyant to use their psychic abilities to correctly guess each of the cards before they are revealed.
Of course the aim is to correctly guess as many cards as possible, statistically anything less than five correct guesses is no better than you'd expect from chance alone.
After working your way through all 25 cards you'll be give a score, which tells you how psychic you are. When you're ready, concentrate and click the button below to start...
Start Game

Correctly guess each of the cards before they are revealed, click on one of the five options below to register your guess for each card.

After working your way through all 25 cards you'll be give a score, which tells you how psychic you are.

The deck of 25 cards will be randomly shuffled, prior to each card being drawn you have to predict what symbol is on the card. Concentrate hard on the card which is currently in play and click on either the circle, cross, wavy lines, square, or star to register your guess.
Your guesses will be recorded and once you've guessed at all 25 deck in the deck, the cards will be revealed with a green or red mark to indicate whether you guessed correctly or not and you'll be shown your final score.

What Are Zener Cards? 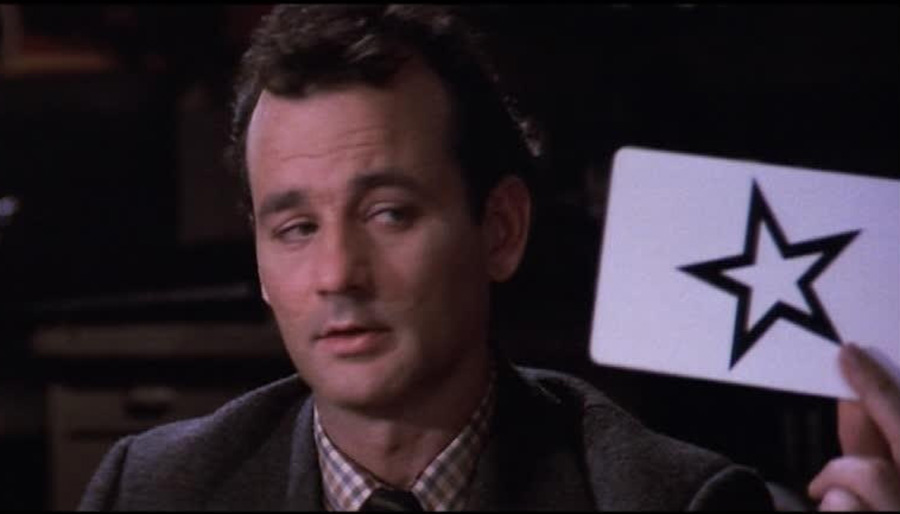 Zener cards, also known as ESP cards were designed by perceptual psychologist Karl Zener in the early 1930s but were used in clairvoyance experiments by his colleague, parapsychologist J. B. Rhine.
In the original experiments Rhine shuffled a deck of 25 of the cards and then picked one, the participant who was being test for their psychic abilities was then asked what the symbol on the card was and their answers were recorded.
You might have seen ESP cards being used by parapsychologist Dr. Peter Venkman in the movie 'Ghostbusters'. Venkman used the cards with two test subjects while administering electric shock when a subject got the card wrong. This was said to test the effects of negative reinforcement on psychic ability.
Don't worry, there's no electric shocks involved in this version of the test.
Tags:
paranormalgames