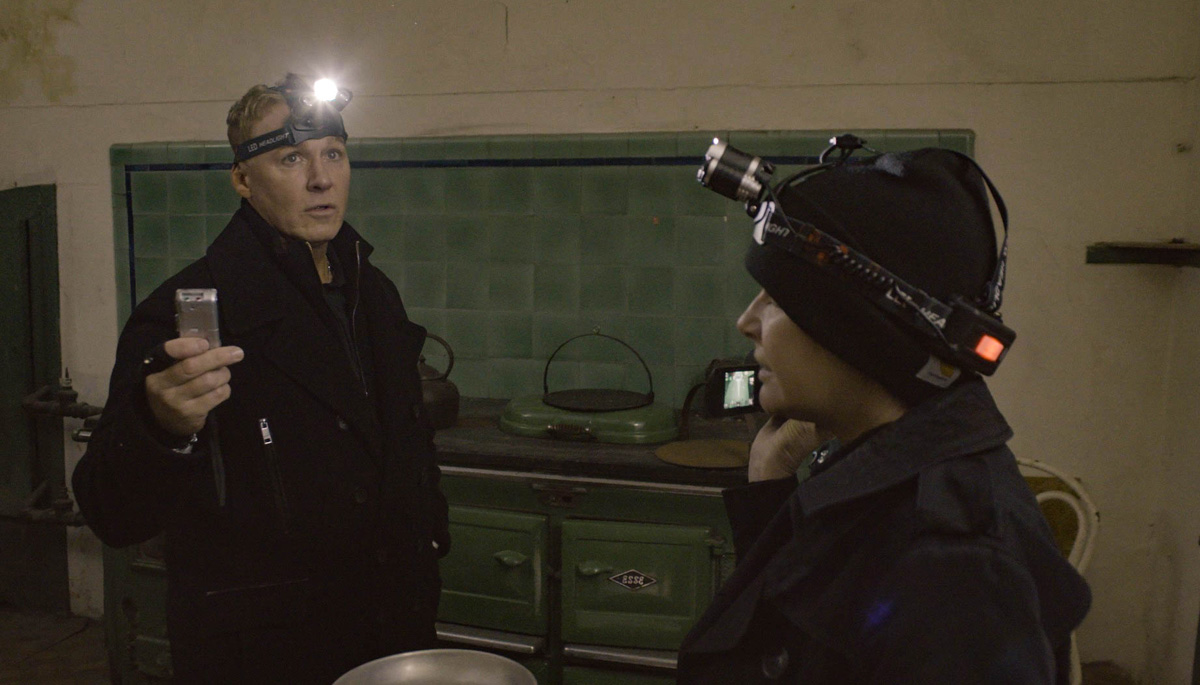 Photo: © Discovery+
Really's newest paranormal reality series is back and this time they're uncover a demonic entity lurking in the 17th century, Bannockburn House, and make contact with the ghost of Bonnie Prince Charlie.
The 'Spooked Scotland' team is lead by Scottish television presenter, Gail Porter, and psychic medium, Chris Fleming. The pair open episode two by telling us that the 400-year-old Bannockburn House is said to be one of the most haunted places in Scotland, with reports of paranormal activity in every room.
Gail tells us that the house stands on the killing fields where Scotland's king Robert the Bruce slaughter the English invaders at the legendary battle of Bannockburn. Gail continues, "it's the refuge where Catholic, Bonnie Prince Charlie stayed while leading a failed rebellion against the British crown."
In the episode, Gail and Chris will question eye witnesses, conduct a psychic survey of the most haunted spots and conduct a full vigil in the haunted halls, as they attempt to uncover evidence of the reported phenomenon that includes an angry spirit that molests women, long-dead soldiers wandering lost in the gardens, and a malevolent entity in the basement.
The show's tech expert, Ryan O'Neill, said "is it the house? Is it the land the house is on? What is causing the paranormal activity?"
The first shocking discovery of the episode came early in the show when Gail and Chris were exploring the house's top floor. The pair found countless dead flies, which all seemed to be concentrated in just one window. Chris, who is an expert in all things dark, said "this is what we call an infestation." He added, "this tells me that we have some negative forces that are here and this is the physical representation of that infestation."
Next Chris and Ryan went to the royal bedroom, where the was more negativity. Chris became aware of "an oppressive force" that he described as an "incubus-like entity." He said, "there is an entity here that can assault women, but also sexually, and has done so in the past." We hear that Chris has plans to use Gail and the team's resident parapsychologist, Evelyn Hollow, as bait later in the investigation, however this isn't followed up and we never get any closure on this.
Chris and Ryan next went to the basement corridor, an area once occupied by the mansion's servants. Ryan pulled out his trusty Panasonic RR-DR60 in an attempt to capture EVPs. An EVP, or Electronic Voice Phenomenon, is a form of spirit communication that involves capturing the sound of spirit voices in an audio recording.
When the investigators played back the audio, they believed they could hear voices, one of which was particularly significant. After hearing it, Chris excitedly exclaimed, "they're imps." Chris explained, "imps are among the lowest forms of demons, but still straight out of Hell." He goes on to tell Ryan, "they're the ones that give three scratches because they have three fingers [...] and a thumb."
Perhaps Chris was right, because as he and Ryan headed back upstairs, Chris spotted what he believed to be a four-toed imp footprint on the stairs.
Partway through the episode, Chris and Gail went to the nearby Torwood Castle. Despite being close by, it wasn't too clear why it warranted a visit as part of the investigation when Bannockburn House was already proving to be active itself. The detour took them to the grounds around the castle and a rather impressive tree. 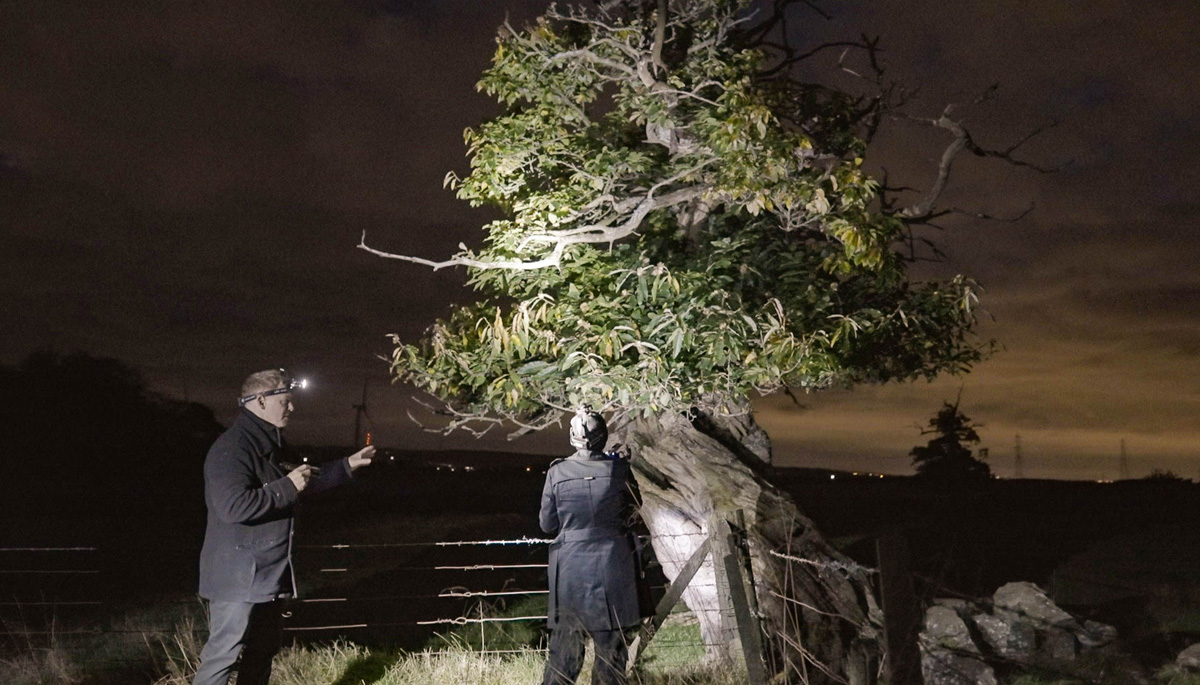 Photo: © Discovery+
Later, back at the castle, the team heard a scream, which they believed was calling them to the basement. Chris and Gail headed down to investigate. Gail confesses to feeling "pretty shaken up," but Chris is less intimidated by the sinister atmosphere, he said "this doesn't scare me, I've experienced a lot of dark stuff."
Chris captured a very clear EVP on his audio recorder, which seemed to be saying "all of us will come for you." The phrase terrified Gail, who was keen to leave the basement, but remained with the support of Chris. But Gail was further shaken when she heard footsteps. After the incident she said, "I've heard twice, heavy footsteps, like marching footsteps, that I can only attribute to military footsteps."
Meanwhile, Ryan and Evelyn went to the royal bedroom, where they used a device called a Frank's Box. Ryan describes this device as "a broken radio," and in a voice over Chris adds, "the Frank's Box cycles through radio frequencies, providing a carrier wave for spirit voices." While using the box, the duo heard several sound that they interpreted as voices, one of which they believe was saying "Gail Porter."
Towards the end of the episode, Ryan and Evelyn were sent on a mission to the basement to repair a camera, where they heard something land on the floor as if it had been thrown.
The episode ended with the team conducting a séance, in which they attempted to move the negative entities on. Talking about the séance, Gail said, "it almost feels like the whole house is shaking, shuddering with energy." Chris called out, "I call upon those of the light; angels, guardians, guides, to come forward with your blessing and remove the imps."
Chris summed up the vigil by saying, "I definitely believe there was an infestation here, but we confronted them and I believe they're gone now."
'Spooked Scotland' continues next Friday at 9pm on Really and is available to stream on demand on Discovery+. Really is available on Sky 142, Virgin 128, BT 17, Freeview 17, Freesat 160.