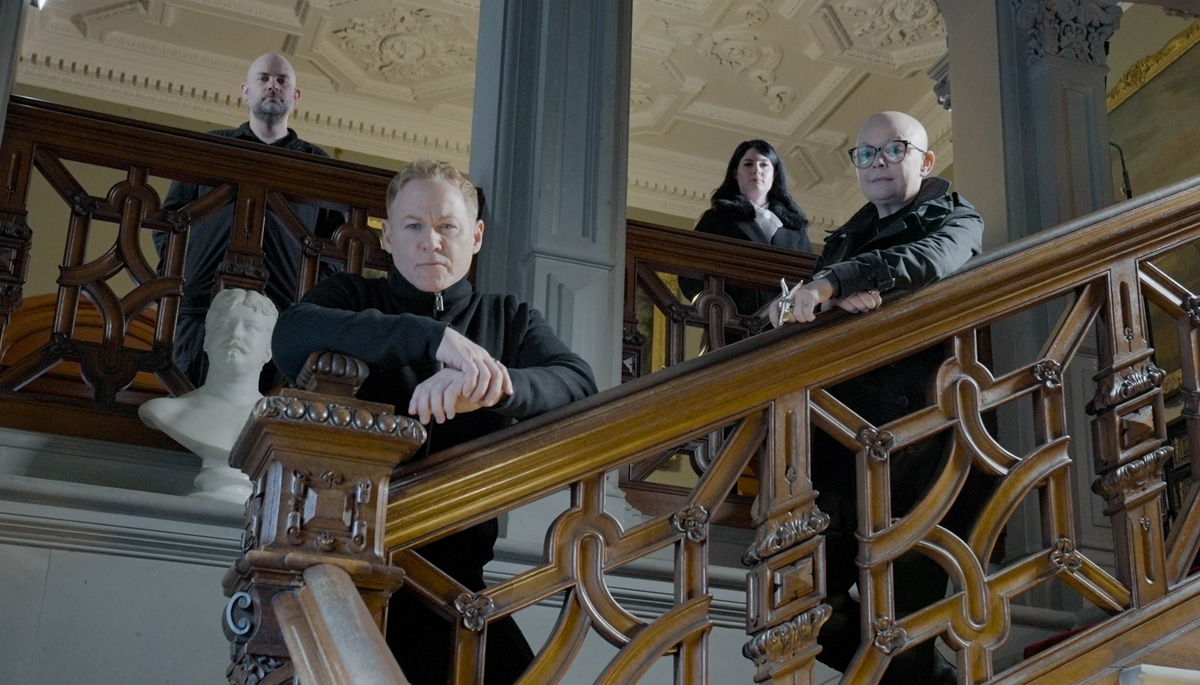 Really's newest paranormal reality series shines a spotlight on one of the most haunted countries on Earth. Scotland is famous for its haunted locations, from ancient castles to famous landmarks and tourist attractions.
The ten-part series marks a welcome return to our screens for Chris Fleming, who has dedicated his life to pursuing extreme hauntings. The Chicago-based psychic medium is best known as one of the lead investigators of 'Help! My House Is Haunted'. After appearing in the first two seasons of 'Help!', Chris was unable to travel to the UK for the filming of the third due to the pandemic. So, it's great that he's found a new place on Really's schedule, this time alongside his partner in crime, Scotland's own Gail Porter.
The pair previously appeared together 15 years ago on the cult series 'Dead Famous'. This time round they investigate the chilling crimes, supernatural sightings and terrifying stories that Scotland has to offer, but they're not alone. In the first episode we are introduced to their expert paranormal team consisting of Ryan O'Neill and Evelyn Hollow.
Ryan is a paranormal researcher and founder of Scottish Paranormal. With more than 20 years of experience in the field, on 'Spooked Scotland' his role is the show's tech expert. Armed to the teeth with an array of ghost hunting gadgets, his aim is to collect as much data as possible in and around the location, which in the first episode is the Isle of Arran.
They're also joined by Scottish writer, podcaster and parapsychologist, Evelyn, who's best known as a regular expert on Danny Robins' hugely popular podcasts, 'The Battersea Poltergeist' and 'Uncanny'. Evelyn adds to the team by bringing her knowledge of science and psychology.
The episode starts with Chris and Gail heading to the Isle of Arran by boat, apparently in response to a "huge spike in paranormal activity". The island is said to be awash with tormented spirits and ghostly apparitions.
Chris tells us, "from local reports, this island seems to be teaming with unusual activity, the likes of which I've never seen before in 50 years of investigating." According to Chris, the island is famous for its reports of mythical creatures, including goblins, imps and fairies. He said, "from a paranormal point of view, I find that really interesting because I always loved elementals."
The team's investigation encompasses reports from all over the island, but their base for the episode was the infamously haunted Brodick Castle, with a grisly history of murder, betrayal, beheading, invasion and disease. Gail was overwhelmed upon walking into the castle, likening the experience to being in 'The Shining'. The oppressive mood was set by countless taxidermy deer heads mounted on the wall of the entrance hall. 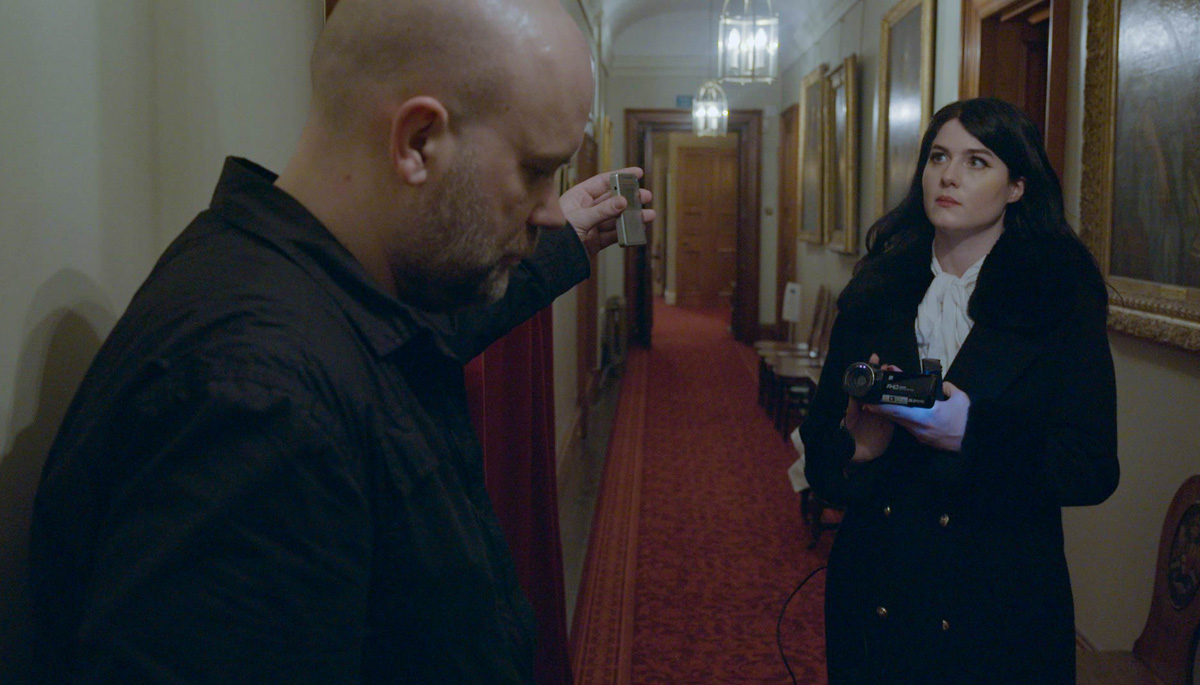 The castle proved to be very active for the team, especially during one very lively investigation conducted by Gail and Ryan in the castle's large kitchen. Ryan said later that Brodick is "one of the most active castles I've been in."
They had activity in the form of unexplained sounds and triggers on a couple of ghost hunting gadgets, including what they determined to be spirit voices in the form of Electronic Voice Phenomenon (EVP) captured on a digital audio recorder, and a presence triggering a REM-Pod.
A REM-Pod is a device that radiates its own electrostatic field, if anything conductive enters and disturbs this field the it beeps and lights up. When it triggered for Gail and Ryan, it was placed on a kitchen surface and no one was near it at the time.
Perhaps the most impressive moment in the episode also took place in the kitchen. Ryan was using one of his specialist ghost hunting gadgets, which he says scans the radio spectrum beyond the normal frequencies used by broadcasters.
While Chris called out to encourage the entities in the castle to communicate through the device, they heard what sounded like music. Chris grabbed his flute, which he had been using as a trigger object, and played a little tune. Seconds later an almost identical tune played through the devise. The amazing occurrence was then repeated again on request.
But it's wasn't just musical spirits that the team encountered, Chris also felt the wrath of the local fairy population, which lead him on a mission to come up with unique ways to communicate with these mischievous creatures. This included taking Gail to the nearby Machrie Moor, which is said to be the most active fairy site on the Isle of Arran. They also investigated the woods that surround the castle, where a snapping branch frightened the life out of Gail.
It was a strong start to the series and the evidence the team gathered, especially in the kitchen was very interesting. Evelyn was impressed by the evidence being validated by different devices, she summed up by saying "I think it's haunted, but in a pretty unique way."
Chris said, "this has been a monumental investigation, for the first time in my life I believe I've communed with fairies and we've finally gotten to the bottom of what's haunting Brodick Castle."
'Spooked Scotland' continues next Friday at 9pm on Really and is available to stream on demand on Discovery+. Really is available on Sky 142, Virgin 128, BT 17, Freeview 17, Freesat 160.