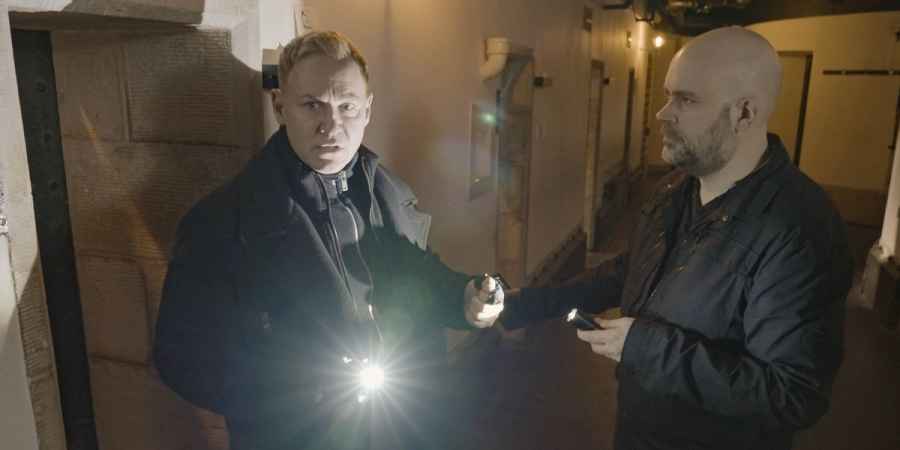 Photo: © Discovery+
This week, Really's newest paranormal reality series 'Spooked Scotland' sees Gail Porter lead her team to hunt down a poltergeist in the Scottish city of Stirling and its infamous old jail, famous for its blood-soaked history of violence, torture and execution.
The Scottish television presenter is joined by psychic medium, Chris Fleming, tech expert, Ryan O'Neill and parapsychologist, Evelyn Hollow.
In the opening minute of the episode we're introduced to Stirling and shown a street sign that reads "Fleshmarket Close." This might confuse some viewers as this road is actually in Edinburgh, not Stirling.
Chris tells us, "our mission is to uncover who or what is the Stirling Poltergeist," but Chris warns that crossing it could be dangerous. Evelyn said, "I'm super excited because of all paranormal phenomena, poltergeist is actually the rarest one."
Gail tells us, "Stirling Old Town Jail has earned a grim reputation over the centuries." The prison opened in 1847, but became a military detention centre four decades later. Chris adds, "it's clear that in those short years of suffering a mark was left on this place, souls turned dark after years of pain - the question being, did that pain manifest into a poltergeist?"
With 52 cells across five floors, Chris and Ryan waste no time and begin by sweeping the wings and hospital next door for signs of poltergeist activity, starting in the basement cells. While stood outside one of the old cells, Chris felt a sudden sharp pain as if a needle was plunged into his back.
At the same moment the word "homicide" appeared on Ryan's ghost hunting gadget called an Ovilus. Chris describes this as "an instrument that picks up on fluctuations in the ether and translates it into words."
Later, Chris and Gail spoke with a former tour guide, but during their chat Chris suffered from an unsettling and very intimate incident which forced him to leave the room. He later said, "I just feel like something went up my asshole". The deeply disturbing incident happened in a part of the building where medical procedures were ones carried out, Chris wonders if he could have experienced a ghostly proctology exam. The tour guide tells him that other investigators have had similar experiences there. 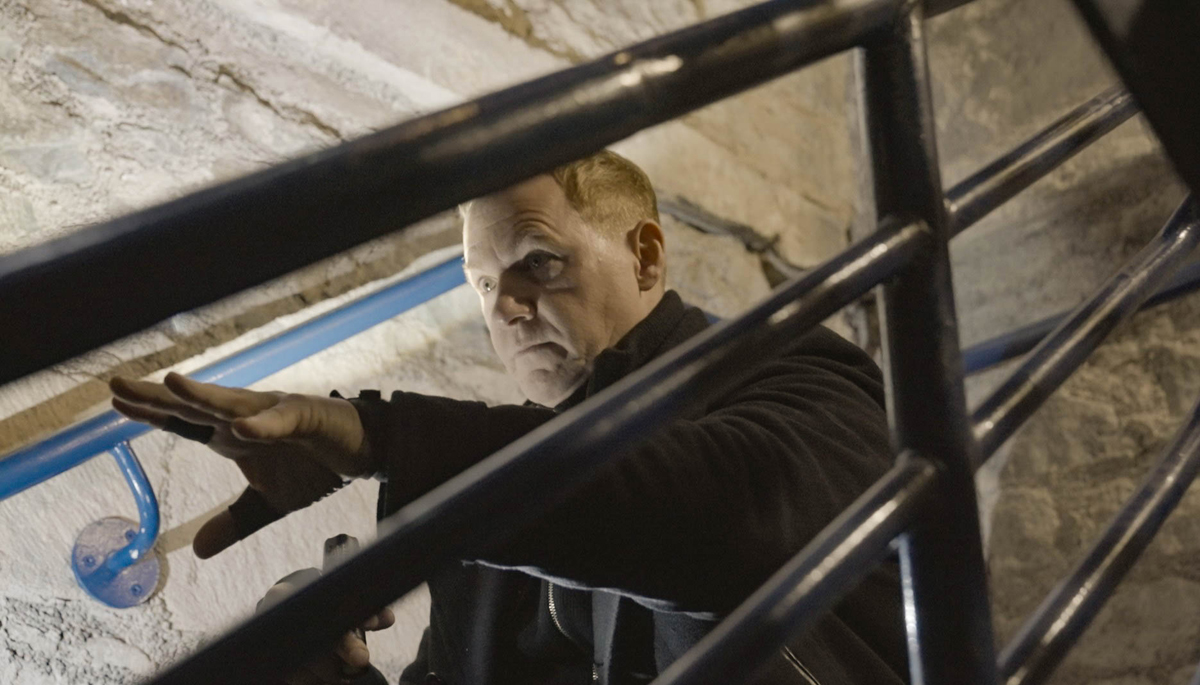 Photo: © Discovery+
As night fell outside, the team began their full vigil in the old jail, starting out upstairs based on a tip off received in the form of an EVP that Ryan captured earlier in the episode on his trusty Panasonic RR-DR60 audio recorder. EVP, or Electronic Voice Phenomenon, is believed to be a spirit voice captured on a digital audio recording device.
Gail was the first to venture upstairs with Ryan, and in the creepy governor's office Gail was terrified when her large ring suddenly fell off her finger, something she says never happens, but was this poltergeist activity? Later in the basement the pair experienced knocks and unexplained noises all around them.
Based on the amount of activity, the team re-grouped in the basement cells. Chris had set up an experiment that involved Evelyn alone in one of the cells, she was singing to try to trigger the spirits. While Evelyn was mid-song, the team suddenly heard something clatter across the floor behind them. Upon investigation they found that a candle had fallen off the wall and rolled across the floor. Chris called this "compelling evidence of poltergeist activity."
Using a device called a Frank's Box, which Ryan describes as "a broken radio," the team are able to capture audio evidence which seems to tie together the spirits of the castle and even pin an identity on the poltergeist.
'Spooked Scotland' continues next Friday at 9pm on Really and is available to stream on demand on Discovery+. Really is available on Sky 142, Virgin 128, BT 17, Freeview 17, Freesat 160.