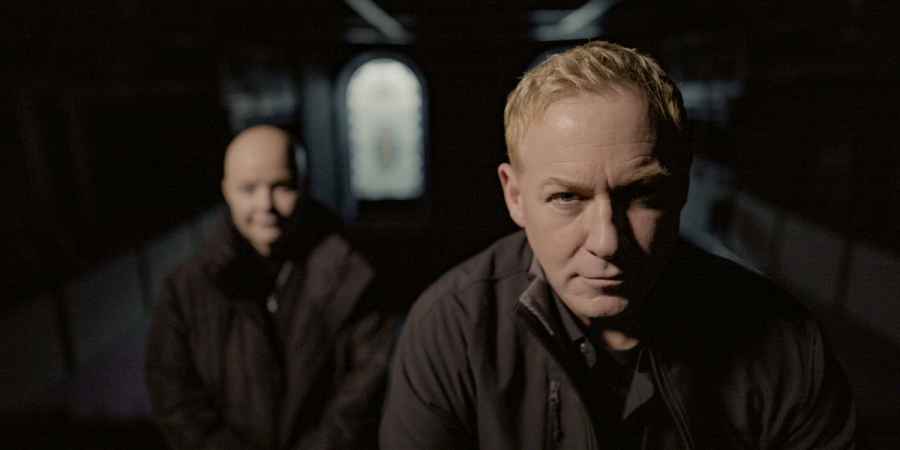 Photo: © Discovery+
Gail Porter and Chris Fleming take their team to Glasgow, Scotland's largest city, to investigate the ghostly goings on at the Tron Theatre, which was built within the shell of an ancient church.
They were joined in the sinister theatre, which is said to to be one of the most haunted places in the city, by tech expert, Ryan O'Neill while the show's resident parapsychologist, Evelyn Hollow, sits this one out. Together they will try to get to the bottom of reported sightings of dark hooded figures, spectral children and poltergeist activity.
The original church, built in 1525, was burnt to the ground during an ancient ritual performed by Glasgow's satanic Hellfire Club. Gail asks, "did the evil arson by the Hellfire Club open a gateway?" The team set out on their mission to attempt to answer this question and discover whether the infamous society released a dark entity.
While Gail goes to interview some witnesses. The team's resident psychic medium, Chris, took Ryan on an initial walk around the building. During their time in the historic bell tower, they attempted to capture some EVPs on Ryan's trusty Panasonic RR-DR60 audio recorder. EVP, or Electronic Voice Phenomenon, is believed to be a spirit voice captured on a digital audio recording device.
They believed that one of the phrases they captured was saying "Hellfire Club". After hearing the audio back, Chris said, "to get something like that, that's huge". Ryan added that this was a "direct response" to their question "what brought you here?"
Chris then had a realisation, "it doesn't mean it's a representative of the Hellfire Club. It means it's an entity that was brought here because of them." Chris added, "that may be what's remaining here and causing on the problems."
While in the bell tower they also heard a loud, unexplained bang, leading Ryan to say, "something's playing with us." 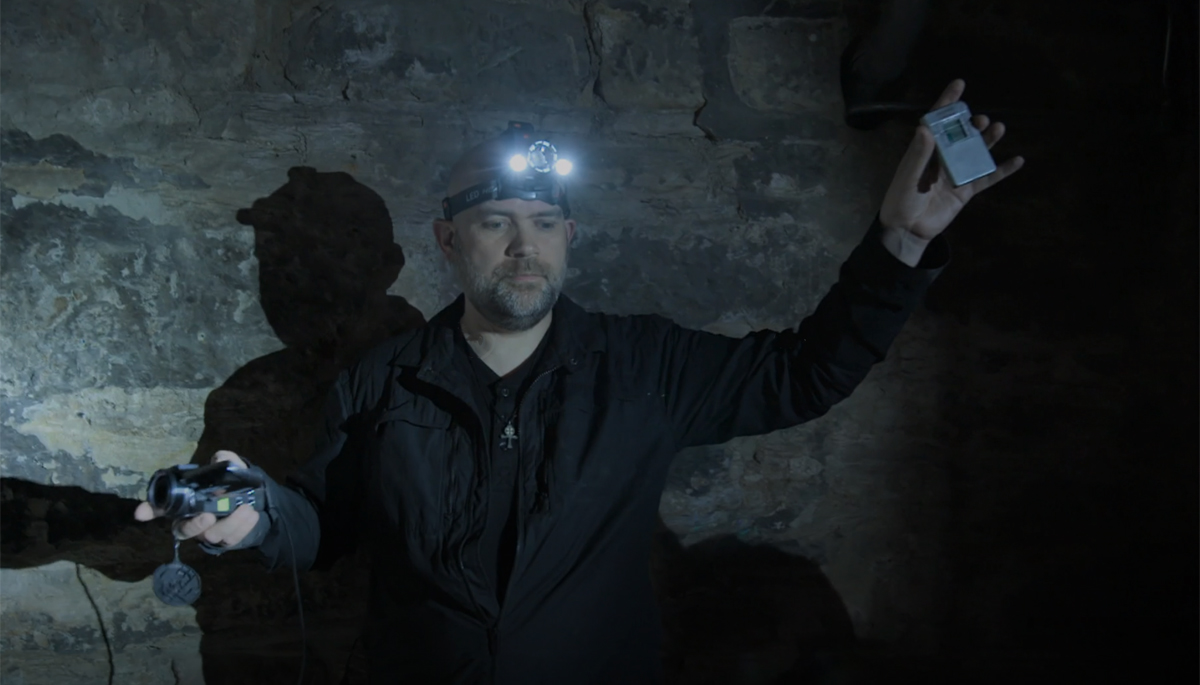 Photo: © Discovery+
Once darkness fell outside, the team started their investigation. They began in the main auditorium where straight away they heard an unexplained sound, like something falling. Later, Chris and Ryan went on the hunt for the reported hooded figures seen in the bar area.
Meanwhile, Gail, who was feeling braver than usual went to roam the building alone - other than a camera man. Sticking in the auditorium, she once again heard a loud bang and thought it could have been a door, but she was unable to recreate it. When the door banged for a second time, Gail left the area and headed to the others for safety.
They re-group and went to the ancient bell tower, where Chris and Ryan had captured EVPs earlier. Almost immediately they heard a sound like something being thrown at them from above. The same thing happened moments later despite there being no one on the floor above them and the incident reduced Gail to tears.
The investigation ended with Chris and Ryan in the auditorium. Chris was on the stage calling out to any entities that might be present, while Ryan watched the night vision camera and saw orbs seemingly flying past Chris on demand.
Now rejoined by Gail, Chris wanted to confront the entity. Drawing a large chalk diagram on the floor of the auditorium, Chris said "this entity can get physical, so it could be dangerous. To protect us, I draw out the sacred hexagram seal of King Solomon."
Sat around the protective marking, they continued to callout to the entity and felt they’d  were able to get confirmation through a series of EVPs that the entity was responsible for the poltergeist activity they'd experienced.
Ryan said, "I believe we did encounter something from the Hellfire Club. This is a lot stronger than your typical investigation that you've been on. 20 years of investigations and this is one of the most active."
Chris summed up by saying, "I believe we encountered something that's actually ancient. You know, there's always been the belief that we have an angel on one shoulder and a devil on the other shoulder. Well, I believe this entity is one of those devils."
'Spooked Scotland' continues next Friday at 9pm on Really and is available to stream on demand on Discovery+. Really is available on Sky 142, Virgin 128, BT 17, Freeview 17, Freesat 160.