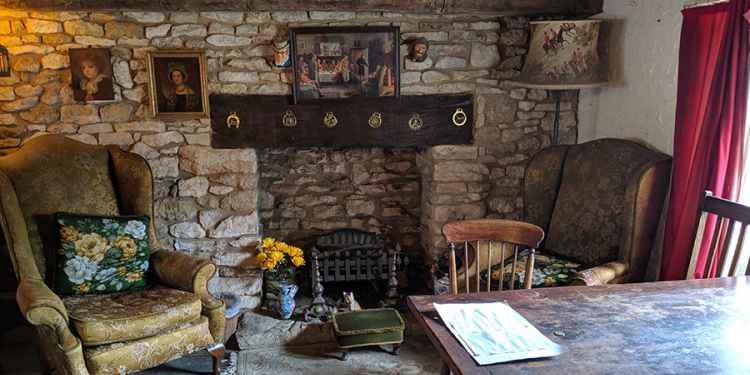 The Ancient Ram Inn is a Grade II listed Cotswold stone and timber framed building in Gloucestershire. It started its life in 1145 under the ownership of the local parish and was used as a priest's house and a meeting place which was at the heart of the community.
Later in its life it moved in to private hands and became a popular inn that played host to many drinkers, both local and those travelling through - including highwaymen. It was one of the oldest pub's in the UK when the last pint was pulled there in 1965.
As well as its rich history, the building is also said to be very haunted, with reports of the spirits of murder and even a demonic entity that disturbs its victims while they sleep in order to seduce and have their wicked way with them.
How much do you know about the ghost and reported hauntings at this infamous paranormal hotspot? Try our trivia quiz and see how you fare with these 15 tricky questions.

1. In which west country location would you find the Ancient Ram Inn?

2. Who is the Ram's most recent notable owner?

3. The inn's first use was to house the mason working on the construction of which local building?

4. Which of these rooms would you NOT find at the Ancient Ram Inn?

5. Which of these ghost hunting shows has filmed at the inn?

6. In 2004, which member of the 'Most Haunted' team was seemingly attacked during an investigation of the barn area?

7. What was the name of the former innkeeper who is said to have been hanged in the attic by a gang of highwaymen?

8. Before entering the Bishop's room, you are advised to ask permission to enter by knocking on the the door three times with what?

9. An animal ghost has been seen in the Beaufort Room, but how is it described?

10. Who once unsuccessfully tried to exorcise the inn?

11. The inn was once part of which thriving trade in the village?

12. An incubus and succubus, there is confusion over which, is said to haunt which room of the inn?

13. It's said that the building stands on the site of which ancient feature?

14. Which of these apparitions has been spotted in the Bishop's room?

15. What is the Beaufort Room also known as?