Most Haunted At The Old Nick Theatre - Series 18, Episode 9 Review 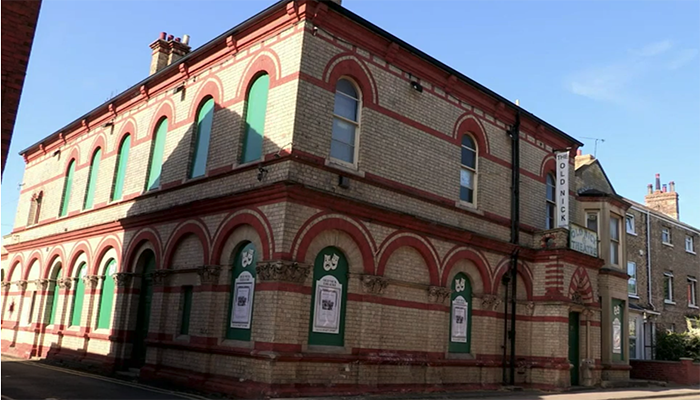 Yvette Fielding takes the Most Haunted team to the Old Nick Theatre in Gainsborough, a place that for over 100 years was used as the divisional headquarters of Lincolnshire constabulary and a magistrates court. It is now said to be bursting to the seems with ghostly entities.
Although the courtroom was converted into a small theatre in 1979, the structure and layout of the building has remained unaltered. The building contains cells which were used from the 1860s right up until the early 70s, they now house the Gainsborough Theatre Company.

Is The Old Nick Theatre Haunted? 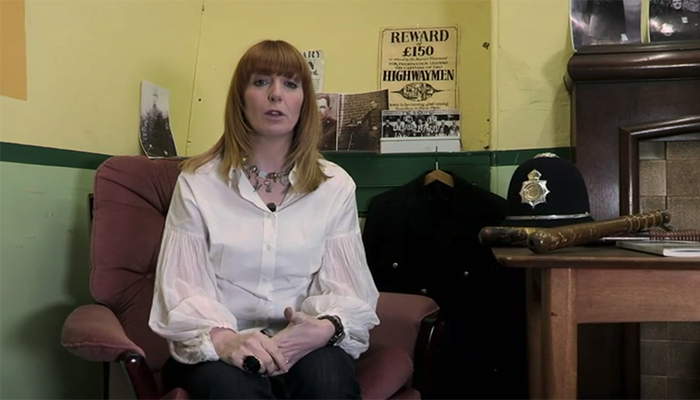 There are so many reports of paranormal activity in the building that some people refuse to enter alone at night, and even in the daytime. The reported phenomenon includes furniture moving, doors slamming, the sound of men and women crying, and reports of people being pushed on the stairs.
Many have witnessed apparitions of faceless policemen as well as convicts, most often wandering around the cells and in the police common room.
Speaking about the atmospheric area which is now used as the theatre, Yvette said, "what I love about this place is from the outside you just think 'it's a theatre', and then you come in here and you can see where it would have been the old courtroom."
The show's skeptic, Glen Hunt said, "it's a very intimate room, not only for a theatre, but for a courtroom as well." He also points out that it was only a magistrates court so all the murderers and serious criminals would have faced trial in Lincoln. Because of this fact, he added "I can't think of reason why this particular building or this room would be haunted for any reason."
Yvette disagrees, as she feels there is "lots of bad energy here, dating back hundreds of years." But Glen says it's psychological, "it's warm in here, it doesn't feel foreboding in anyway."
Demonologist, Fred Batt told Yvette about a history of witchcraft in the building, "the Earl of Gainsborough, one of the family had a big connection with witchcraft. He formed a witchcraft society in London in the 1960s, but before that as well a lot of witchcraft went on here."
In the former cells Yvette said, "when you go into the cells where people were held, it's a totally different feel." Fred described it as a "terrible place." Glen added, "it's cold, it's manky, it's depressing and you can't help but feel that emotion when you're in here," but he says that doesn't necessarily mean it's paranormal.
The night showed early promise when during the walk around the team heard a huge bang above them. 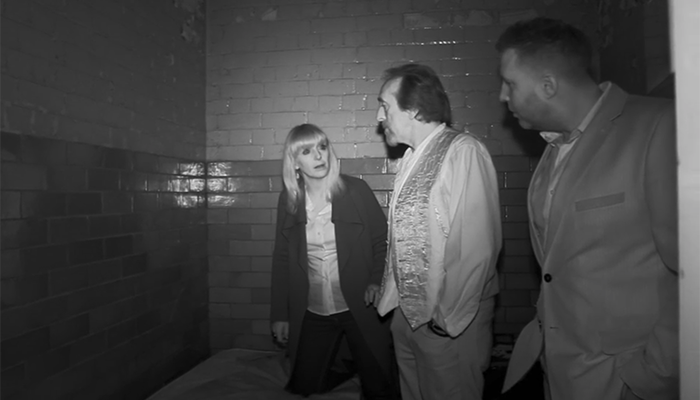 With the lights off, the team got into their investigation. Yvette took Fred, Glen and camera man Gregg Smith to the female cells. As they were about to settle down in one of the cells, they heard a bang which turned out to be the workshop's door opening.
They were soon back in the cell and introducing themselves to the spirits, Yvette called out, "come and talk to these gentlemen, come and say hello." Fred chipped in, "come on ladies, come forward." They then heard what Yvette described as a scream in the corridor. After this they heard whistling in response to Yvette's whistles. 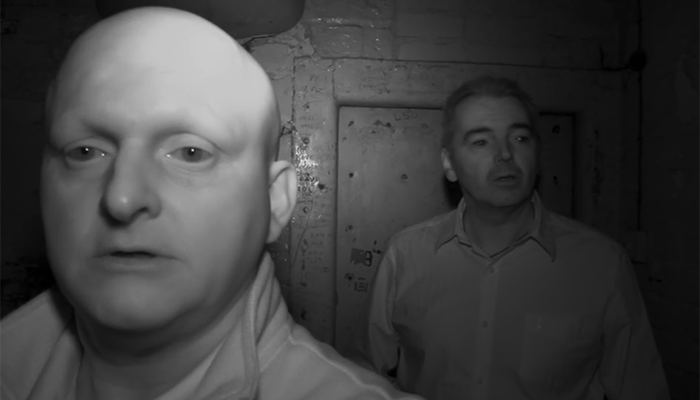 Karl Beattie and Stuart Torevell held their vigil in the male cells. Upon entering Karl described the area as "horrible," before calling out "is anyone here?"
They then heard a noise in the corridor and went to investigate, once they managed to get out of the cell door. There was a brief panic when they thought they were locked in, but the door was just stiff.
They ended up back in the cell moments later after hearing a bang coming from that very cell. Karl called out, "can you copy me" and whistled, seconds later they heard a whistle back. Stuart then said he was feeling sorry for himself, like he'd done something wrong, as if he was picking up on the negative emotions of the former prisoners.
Their time in the cell ended after they heard what Stuart described as "a blood curdling scream." 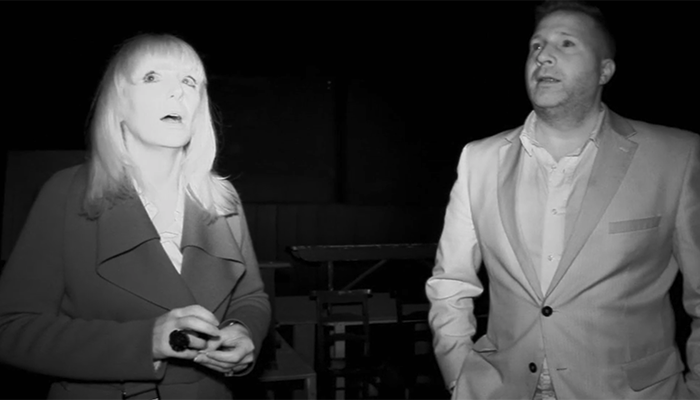 After a swap around Stuart and Gregg went to the female cells with sound man Darren Hutchinson. Stuart called out to any spirits that might be present, "if there are any female spirits here, you've got three good looking men in this cell. Now, I'm guessing this'll be a dream come true if you're a single female." Other than that, not much happed, however it was all kicking off elsewhere.
Yvette, Karl, Fred and Glen were in the courtroom. Yvette didn't like how the room felt in the dark, "it's a weird feeling, almost disorientating," she described feeling like she had be spun around and felt dizzy. Fred agreed and said he felt light headed.
They then started hearing knocks from all around them, and what sounded like a deep groan coming from the back of the theatre. Fred then reported seeing a figure, he initially thought it was Glen. The knocking sounds continued, it now seemed to be coming from the floor. They all placed their hands on the floor and could feel that knocking.
It was then Karl who thought he saw a figure. Glen said, "the light of the camera is casting shadows around the room," but Karl was sure it wasn't that. He described the dark figure he'd seen as being tall and had facial features, he could make out eyes.
As they were discussing the figure, they heard more knocking from beneath them. Karl said, "it's like someone's underneath us." 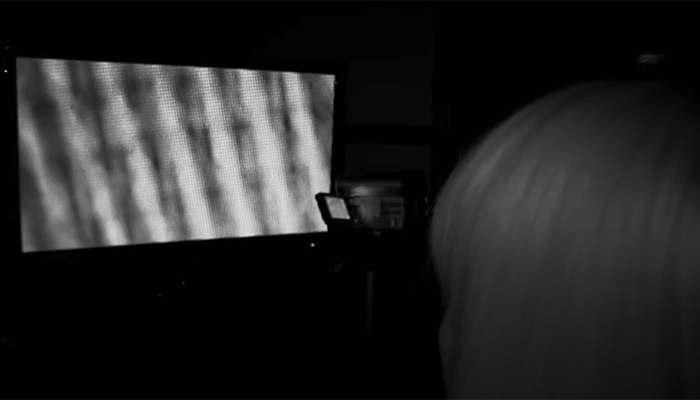 Yvette and Glen then went to join Eamonn Vann-Harris and try to contact the spirits of the Old Nick using electronic voice phenomenon. Eamonn has his kit set up which he said included a "field effect radio with UV light as well to try and act as a carrier signal."
Earlier in the investigation he'd caught what he described as a "full bodied voice" in his recordings, but I couldn't work out what it said.
Yvette called out, "can you tell me your name?" and in response a voice in the recording said "Robert", or at least the team thought it did. It sounded nothing like any word to me, I just don't get these garbled EVP sounds that Eamonn records.
They also thought they heard "excuse me," and "irresponsible," both of which sounded like noise to me. Eamonn said he could hear "hello Fred," the others weren't so sure, but actually it wasn't much worse than any of the others voices. 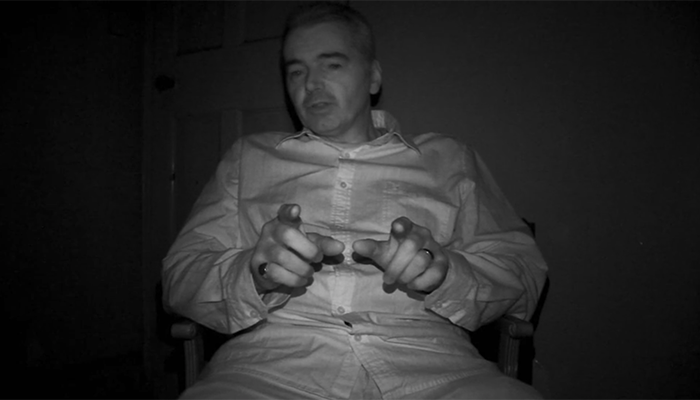 While Fred was drinking from a goblet and attempting to banish the spirits of the building be chanting his demonic incantations, Karl was alone in the old police common room.
The Karl reported seeing the table move, but unfortunately it happened off camera, but the show ended with Karl sat in front of the desk with the camera places on top of it. As he was chatting the camera suddenly shot to the right as the table moved seemingly on its own.
For reviews of all of the new episodes, plus highlights and evidence from the shows, and to find out when Most Haunted is on next, visit the Most Haunted episode guide.