10 Things You Never Knew About Most Haunted

This article is more than three years old and was last updated in May 2022. 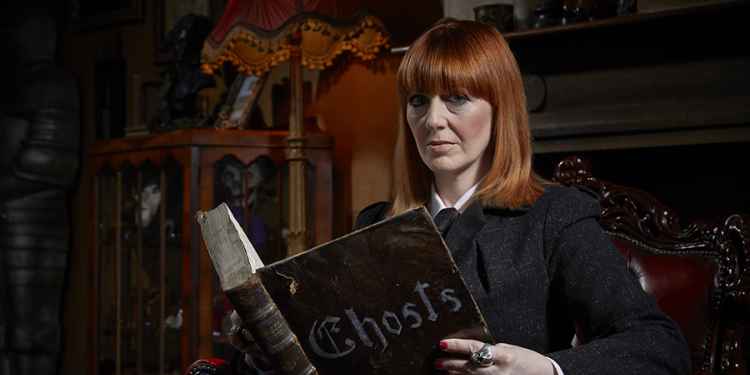 Most Haunted first aired in 2002 and throughout the years there are plenty of behind the scenes stories, bits of gossip and trivia that you might have missed.
Below are ten little-known or forgotten facts about the show, its cast and crew and their past. How many of these ten facts did you know?

1. Secrets Hidden In The Antix Logo 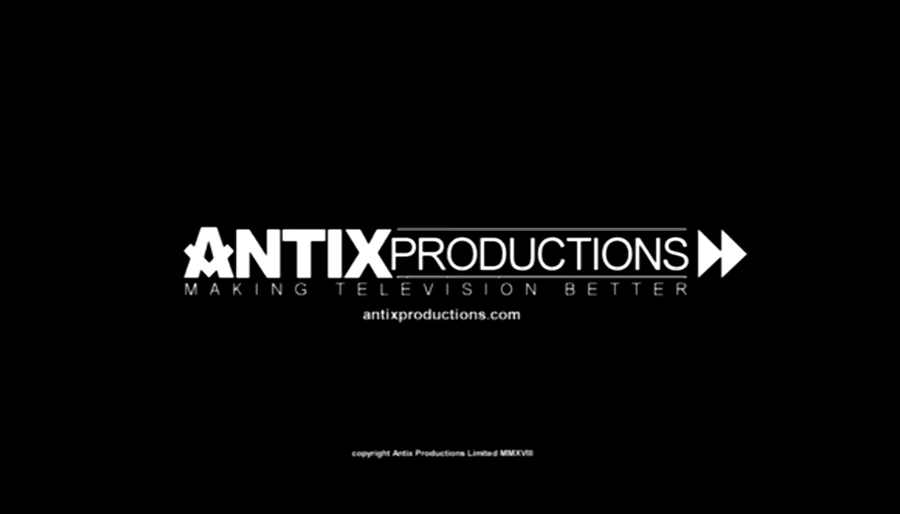 You'll have seen this logo at the end of every episode of Most Haunted. Antix is the production company owned by Yvette Fielding and Karl Beattie, but you may not have noticed something hidden in plain sight in the logo.
Look again at the letter 'A', this is no ordinary 'A'. Karl is a Freemason and it is actually a nod to the Mason's logo, which comprises of a square and a set of compasses joined together. Both the square and compasses are architect's tools and are used in Masonic rituals as emblems to teach symbolic lessons. 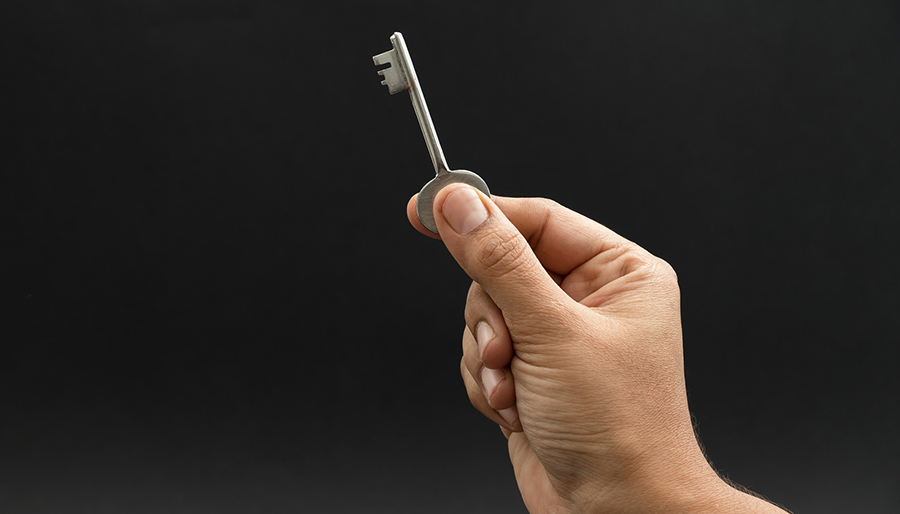 Photo: pixabay.com
There's a lot of footage and even whole episodes locked in the Most Haunted production vault that we'll never get to see.
As any ghost hunter will know, not all paranormal investigations result in spooky goings on. Sometimes you might spend the night in a location and experience nothing at all, and that's the case for the Most Haunted team too.
Karl recently stated that there are at least 78 episodes still on the shelf that they are unable to broadcast because there was little or no activity captured during the shoot.

Demonologist Fred Batt joined the show as a regular member of the team in 2014, but you may remember that he first appeared in the show back in 2003.
As part of series five, the team investigated Fred's stunning Grade II listed country house in Surrey, where the show's resident medium Derek Acorah picked up the name of Ruth.
Fred informed the team that this was Ruth Ellis, the last woman ever to be hanged in the UK and that she also haunts his night club. This leads the team to Caesar's Nightclub in the following episode, which once again features Fred.

While at the infamous poltergeist house, 30 East Drive, Karl and long time team member Stuart Torevell were involved in another terrifying incident, that left a permanent mark on both of them.
Yvette and the rest of the team were filming downstairs when they heard a scream upstairs. It turns out that the source of the scream was Stuart who dropped his camera and cried in pain after feeling something on his arm. But it wasn't just Stuart in pain, Karl was also in agony too.
When Yvette and the gang joined them, they turned the lights on in the bedroom to find that both of them had identical marks on their arms which looked like rope burns. After calming down, Stuart said, "it's actually hot, it's burning."
In the hours and days after the incident the marks worsened and to this day Karl still has the scar on his arm as a result of the unexplained incident.
Stuart also has another scar after he was scratched by an unseen force during the team's investigation of the Niddry Street Vaults in Edinburgh in 2008. Stuart still has this scar and the investigation is still regarded as one of the team's most violent investigations to date.

5. Fred Was Once Known As Johnnie Ricco

Fred is clearly a man of many talents. Not only is he a demonologist, a former night club owner and an actor, appearing in long-running police drama 'The Bill' and as a caretaker in a 1987 episode of 'Doctor Who', he was also once a singer who went by the name Johnnie Ricco. The video above shows Fred looking the part in David 'Kid' Jensen's own 1970s pop show, 'Rock On With 45'.
Another random fact about Fred... in 2009 he became the first person in the UK to be fitted with a light adjustable lens to correct vision impairment.

6. Glen Was Recently In Coronation Street 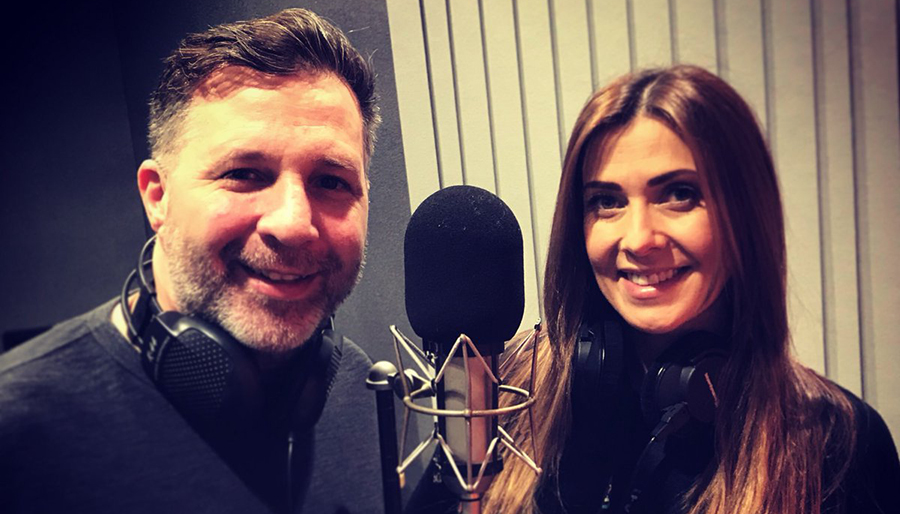 Photo: twitter.com
If you're a fan of the show, then you'll probably know that the show's resident skeptic Glen Hunt is a radio presenter, having worked on stations like Tower FM and BBC Radio Lancashire. He also presents the Anytime Podcast with his Most Haunted co-host, Yvette.
We're not saying Glen has a face for radio, but his voice was the asset that landed him a role in 'Coronation Street' last year. If you listened carefully during the episode of the long-running soap which aired on 28th May, you'd have heard Glen taking on the role of a DJ on the fictional station Radio Weatherfield.
Glen shared a photo of himself on Twitter in an audio booth with Kym Marsh, who's played Michelle Connor in the soap since 2006. He tweeted, "I'm actually in #Corrie tonight at 9:00. Although you’ll hear me rather than see me. The bonus was, I got to record my lines alongside this beaut."

7. Yvette Was Almost The Host Of The BBC's Infamous 'Ghostwatch' 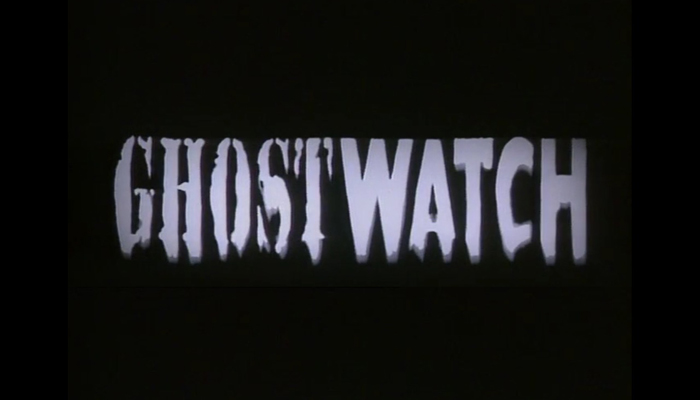 Yvette was at one stage considered to take part in BBC One's 1992 Halloween programme 'Ghostwatch'. At the time Yvette was a 'Blue Peter' presenter and was warned off the show through fear of public backlash. The BBC then cast Sarah Greene in the "presenter" role, who herself was once a 'Blue Peter' presenter. Of course Yvette would have been perfect for this role as it was very similar to Yvette's role on 'Most Haunted' which started ten years later.

8. Karl Is Basically A Ninja Warrior 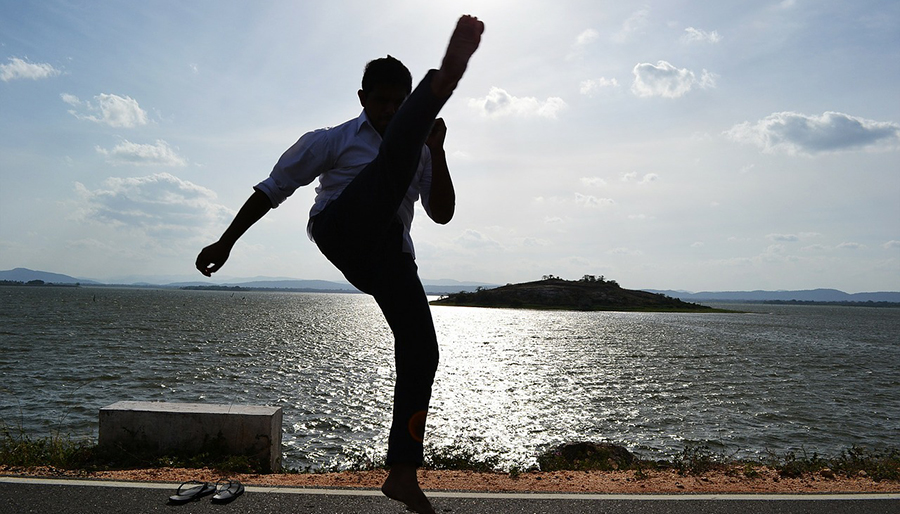 Photo: pixabay.com
Well, not quite a ninja, but Karl does hold a 4th dan in Ryukyu Kempo and Wado Ryu Karate-Do styles and has trained in Iaido, Silum Kung Fu, Wing Chun and Thai Boxing.

9. Stuart Was Once So Scared He Left An Investigation Without A Shoe 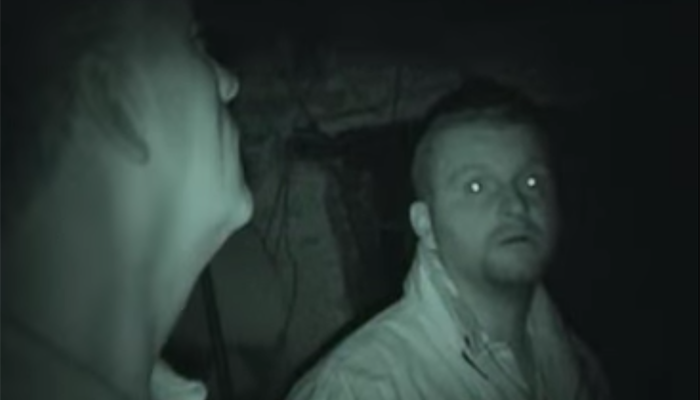 In a 2004 episode where the team investigate the ghostly goings on at the Ancient Ram Inn, a pub in Wotton-under-Edge with the reputation as the most haunted in the UK, Stuart fell to the floor and screamed for help saying "I can't move".
Stuart said afterwards "I'd been punched in the chest, I'd been winded. And as I went down, I got punched again then. So, I got winded twice. I was like a young kid in a playground getting picked on and beaten up. When I went down I felt like I was being kick constantly in the stomach."
Apparently, Stuart lost one of his shoes during the attack and was too scared to go back into the pub to retrieve it, so instead he drove all the way home after the shoot with just one shoe on.

10. Karl Used To Work On The Crystal Maze

We're not too sure about this one, but according to a recent tweet, Karl once worked on the classic game show 'The Crystal Maze'. Either in the Richard O'Brien or Edward Tudor-Pole era.
Thanks to super fan and super awesome Kerry for helping to put this page together. 🖤
For reviews of all of the new episodes, plus highlights and evidence from the shows, and to find out when Most Haunted is on next, visit the Most Haunted episode guide.