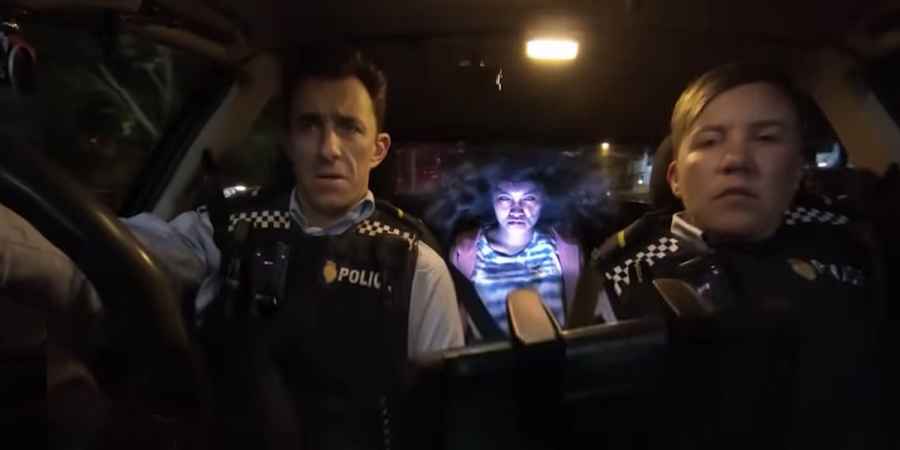 In the first season of the kiwi comedy series, 'Wellington Paranormal' we meet officers Minogue and O'Leary as they tackle a growing number of weird paranormal cases in New Zealand's capital city - everything from a young woman possessed by the demon Bazu'aal, to a noise complaint at a haunted house full of ghosts from the 1970s.
But how much can you remember about the supernatural cases that the paranormal division of the Wellington Police Department investigated in the first season of the comedy series under the guidance of Sergeant Maaka?
Test your knowledge of the comedy series with our 20 tricky trivia questions on series one of 'Wellington Paranormal' and let us know your score in the comments below...

1. Which of these forms did Bazu'aal NOT take?

2. What happened when the officers poked the pods they found in the middle of the crop circle?

3. The officers liken the crop circle they find to the cover of which band's classic album?

4. In which decade was the house that Minogue and O'Leary are sent to investigate noise complaints at abandoned?

5. On which Wellington street did the duo go in search of a werewolf?

6. Which Wellington police officer was seen wearing his pyjama shirt rather than his regular police shirt?

7. What was the name of the girl who turned into the shewolf?

8. Maaka tells the officers about the Japanese tales of the Yokai, but which of these is NOT a form he says they take?

9. The officers encounter a gang who were piled into a small car, but what did it consist of?

10. What is the name of the first police officer who becomes a zombie in the season finale?

11. What can be seen embroidered on the waist band of Sergeant Maaka underwear as he climbs through the window of the haunted house?

12. Minogue and O'Leary received a false call out to Lower Hutt that turned out not to be paranormal in nature, but what was it?

13. The department investigate a spate of which animal being found in a tree?

14. Minogue and O'Leary incorrectly turn up to investigate reports of a gang of ghosts in a cemetery, but what did they turn out to be?

15. Where is the secret office of the paranormal devision of the Wellington Police hidden?

16. What piece of evidence did officer Minogue attempt to bag up in a carpark?

17. What is Officer Minogue's first name?

18. Where do Minogue and O'Leary first encounter Bazu'aal of the unholy realm?

19. Where do Minogue and O'Leary take their first zombie into custody?

20. Which of these was NOT a cause of death at the poltergeist party house?