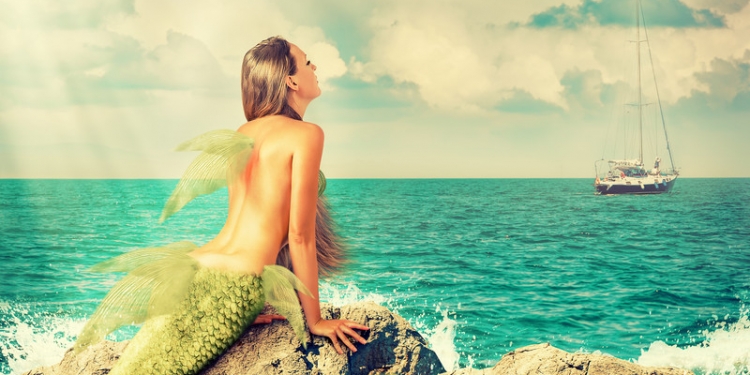 Photo: canstockphoto.com
Over the years many sailors claim to have caught a fleeting glimpse of these elusive sea creatures, some have even come face to face with what they describe as mermaids. Sightings have been reported all around the globe dating back thousands of years.
Today mosts people dismiss mermaids as nothing more than myth and legend, but if you did want to go in search of a mermaid, where would you look? Below are the ten seas, oceans and bodies of water around the world that are most famous for their sightings of merfolk. 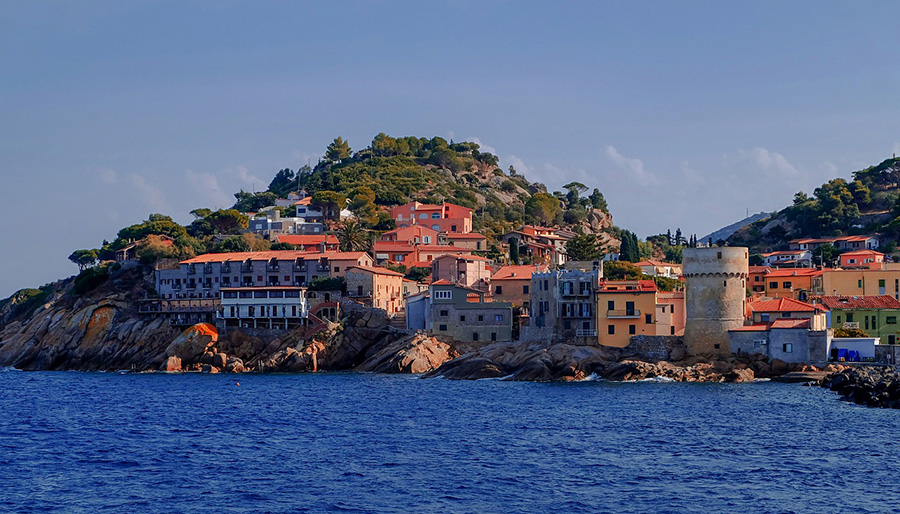 Photo: pixabay.com
The first stories of mermaids date back thousands of years to ancient Assyria. The tales tell of the Goddess Atargatis who transformed herself into a mermaid out of shame for accidentally killing her human lover.
The Assyrian Empire existed from as early as the 25th century BC until its collapse between 612 BC and 609 BC and spanned from what is now Cyprus and Syria to Iran. So, this means that the part of the Mediterranean to the south of Turkey which surrounds Cyprus and meets Syria is our first mermaid hotspot. 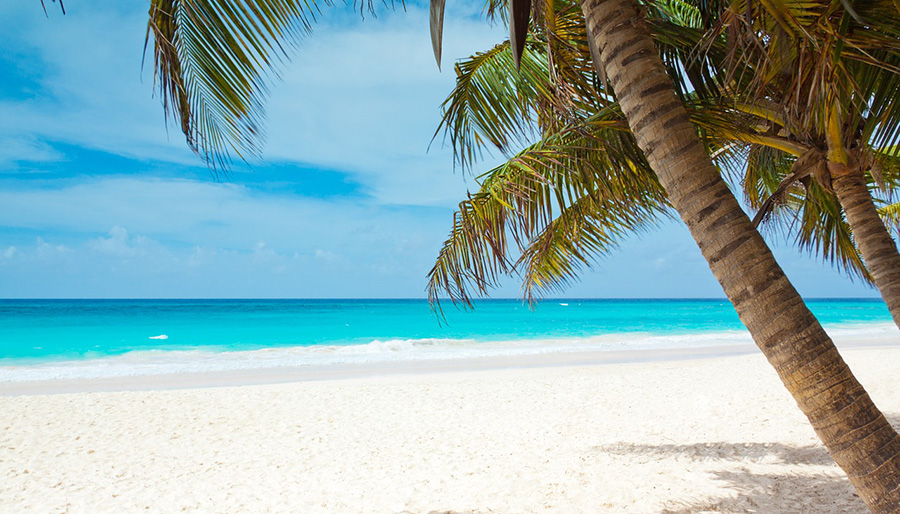 Photo: pixabay.com
The famous Italian explorer, Christopher Columbus, who's often credited for discovering America, is also one of the first seamen to report a sighting of mermaids in the open sea.
Columbus spotted the elusive creatures on his expedition to the Caribbean. In 1493, while sailing off the coast of Hispaniola, Columbus reported seeing three "female forms" which "rose high out of the sea, but were not as beautiful as they are represented." Hispaniola is the second largest island in the Caribbean and is home to two countries, the Dominican Republic and Haiti. 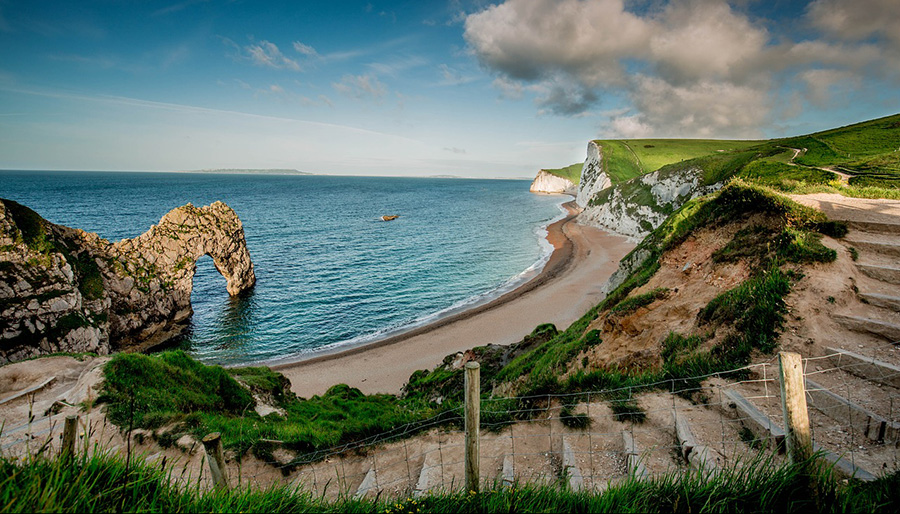 Photo: pixabay.com
Cornwall has a long history of seafaring with many fishing communities, not to mention tales of smugglers and pirates, but the English county is also home to one of the oldest stories of humans encountering mermaid.
It's said that a beautiful, well-dressed woman often attended services at St. Senara's Church in the Cornish village of Zennor, where she used to listen to and join in with the singing. The parishioners soon became enchanted by her sweet singing voice. The best singer in the parish was the chorister, Matthew Trewhella, and it's said that the two fell in love, and Matthew followed her to her home at Pendour Cove and the two were never seen again.
Then one Sunday a ship cast anchor about a mile from the cove, shortly after a mermaid appeared, and asked that the anchor be raised, as it was resting on her door, and she was unable to reach her children. The villagers of Zennor concluded that this mermaid must be the same mysterious woman who had visited their church and had enticed Matthew to come and live with her.
On summer nights, it's said that the lovers can be heard singing together at the church, where a specially decorated "mermaid chair" can be seen to this day. 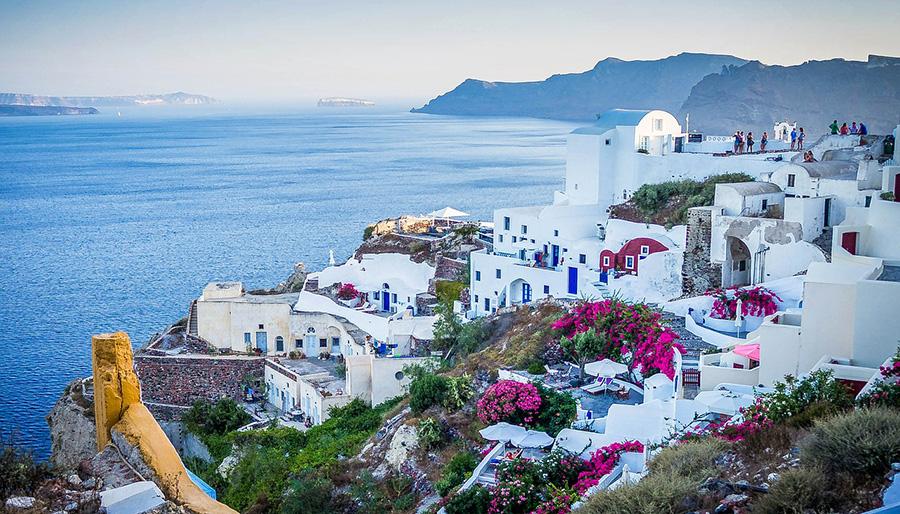 Photo: pixabay.com
The Aegean Sea lies to the East of Greece, stretching to the Western coast of Turkey and joining with the Mediterranean in the South.
While sailing this expanse, many captains reported seeing a mermaid approach their ship before asking "is King Alexander alive?" The crew knew to answer with the phrase, "he lives and reigns and conquers the world." It's said that this mermaid was the sister of Alexander the Great, Thessalonike. Legends says she was turned into a mermaid after her death.
Giving the correct answer would please her and she'd ensure that ships had a safe journey, if the wrong answer was given the crew may encounter fierce storms. 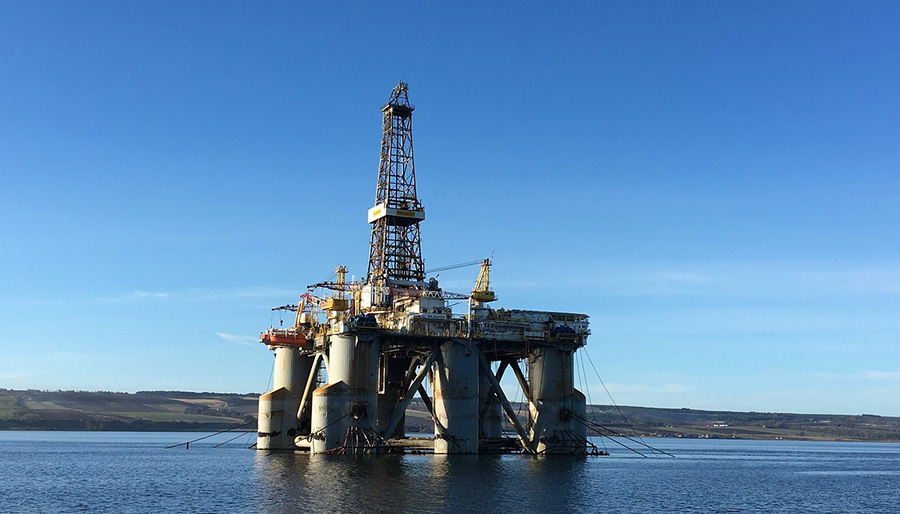 Photo: pixabay.com
Off the coast of Belgium and the Netherlands and to the East of the United Kingdom is a body of water which, according to Roman author and commander of the early Roman Empire, Pliny the Elder, is home to mermaids.
In his journals Pliny the Elder describes numerous encounters with scaly mermaids off the coast of Western Europe, an area that was known as Gaul at that time.
Pliny described the mermaids he saw as being completely covered in scaled, and even claims that their dead bodies frequently washed up on the shores of Gaul. According to Pliny's notes, the governor of Gaul wrote a letter to Emperor Augustus to inform him of these washed up corpses. 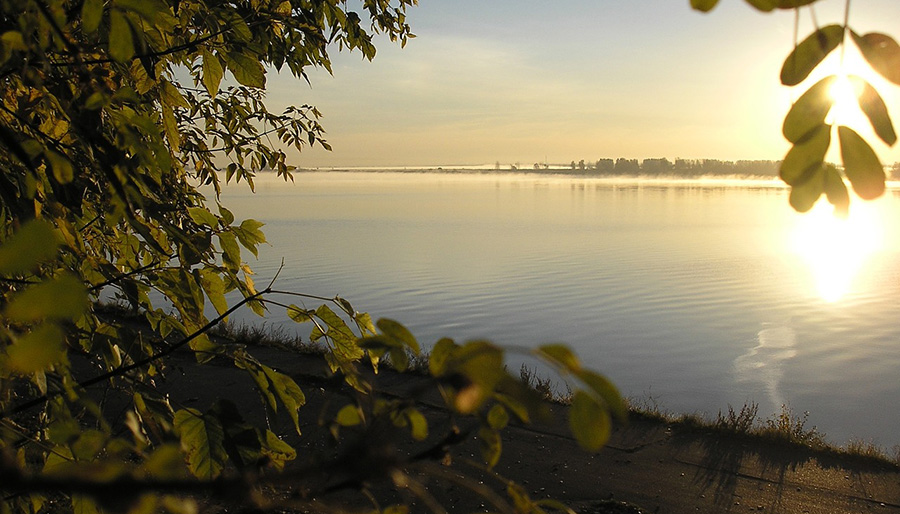 Photo: pixabay.com
In Eastern Europe, mermaid-like creatures are known as Rusalkas, they are thought to be the restless spirits of the unclean dead and are said to inhabit lakes and rivers. They are usually the spirits of young women who died a violent or untimely death, perhaps by murder or suicide, before their wedding and especially by drowning.
Appearing as beautiful females with long pale green hair and pale skin, they are most often seen after dark, dancing together in the moon light and calling out to young men by name, luring them to the water and drowning them.
If you're thinking of heading to Eastern Europe to track down a Rusalkas, then you should know that they have been sighted in southern Russia, the Ukraine and Belarus in rivers and lakes, as well as open waters. They are most frequently reported during Green Week in early June, swimming during this week was once strictly forbidden. During this time the spirits leave the water and swing on branches of birch and willow trees by night. 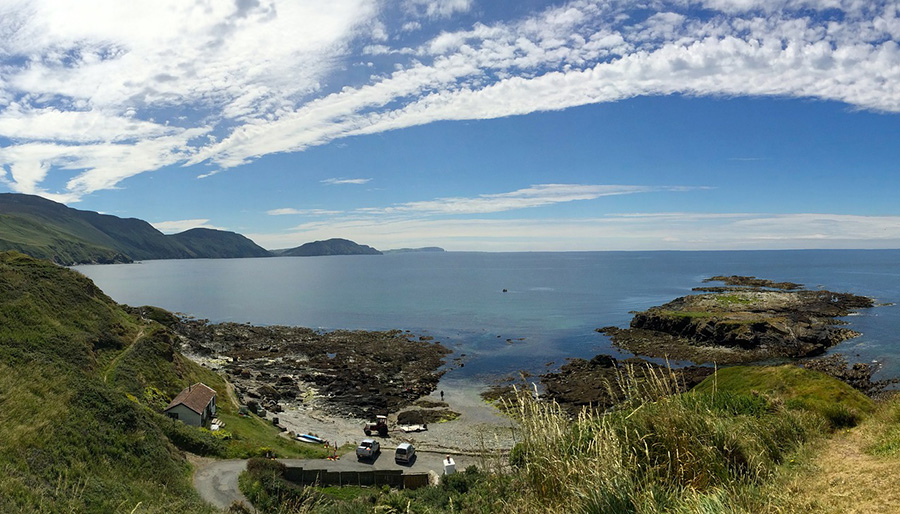 Photo: pixabay.com
The Isle of Man in the Irish Sea between England and Ireland, is known for its rugged coastline, medieval castles and rural landscape, but it's also said to be home to some the friendliest mermaid you'll ever encounter. Locals have traditionally referred to them as ben-varrey and there are countless tales of them offering assistance to men at sea, as well as offering gifts and rewards.
One legend tells of a fisherman who took a beached mermaid back to sea and was rewarded with the location of lost treasures. There's also the story of a young girl who had her doll stolen by a baby mermaid, but the mermaid's mother found out and made her return it along with the gift of a pearl necklace as an apology. 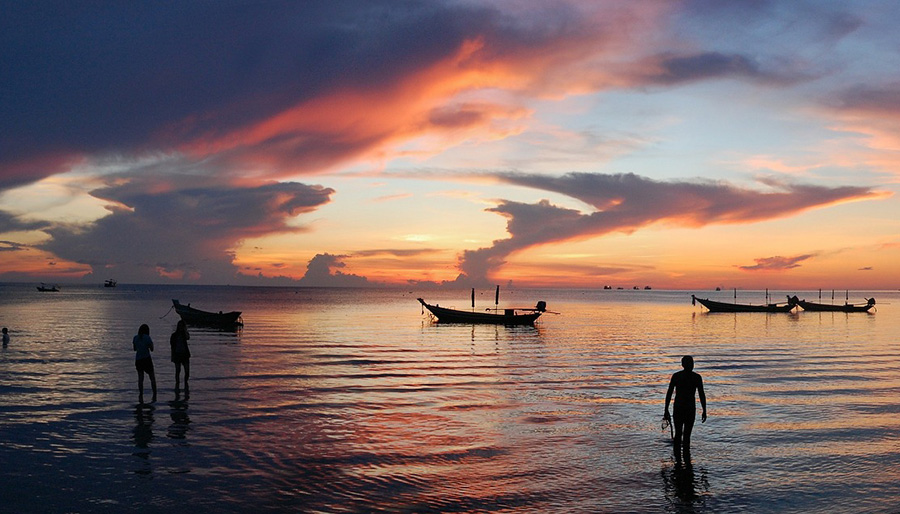 Photo: pixabay.com
Tales of mermaids date back to the 4th Century B.C. in Chinese culture, they are mentioned in the Shanhaijing (Classic of Mountains and Seas), a publication of Chinese geography and mythology from that time.
In the 15th Century, Chinese literature tells of a mermaid who "wept tears which became pearls," but perhaps the most famous sighting in China occurred in the early 19th Century. It's said that a man captured a mermaid on the shore of Namtao island, it looked human in every way except that her body was covered in fine, multi-coloured hair.
It's said that although she couldn't talk, the man took her home and married her and upon his death, she returned to the sea where she was found and her clothes floated back to shore.
The modern name of Namtao Island has been lost in time, but it's most likely the largest island in Hong Kong, Lantau Island, located at the mouth of the Pearl River. 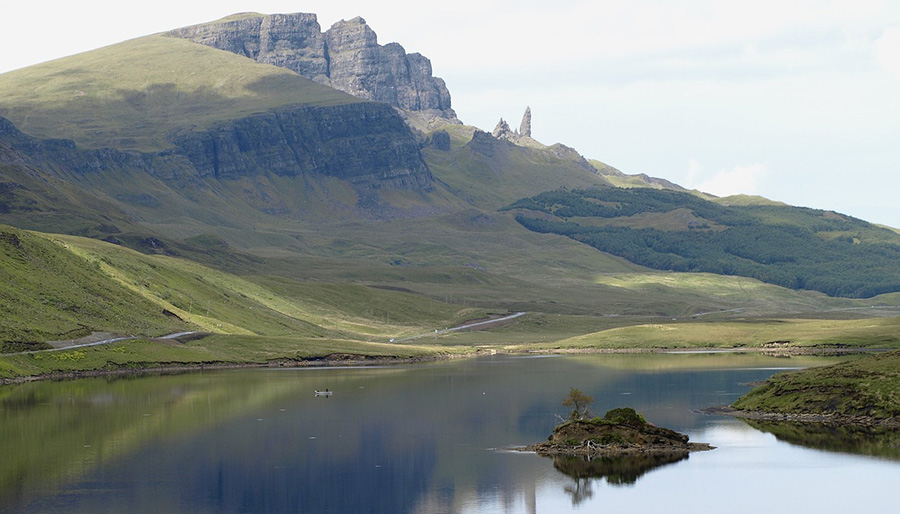 Photo: pixabay.com
Scotland's best known aquatic mystery is the legendary Loch Ness Monster, but this prehistoric beast isn't the only elusive creature that's said to live in the freshwater lakes of Scotland. There are plenty of tales of mermaids swimming up river and living in lakes.
In one Scottish tale, the Laird of Lorntie came to the aid of a female who he saw drowning in a lake near his house. However, his servant pulled him back and warned him that the damsel in distress was in fact a mermaid. The creature is said to have screamed at them and revealed that she would have killed the Laird if it weren't for his servant. 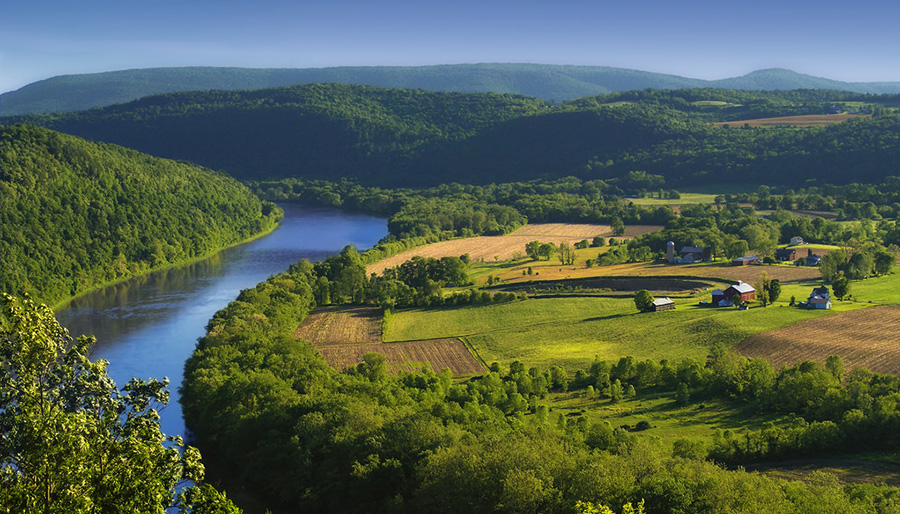 Photo: © Nicholas A. Tonelli
The Susquehanna is the longest river on the East Coast of the United States that drains into the Atlantic Ocean and is the location of five reported mermaid sightings by a Pennsylvania fisherman, Mr. Henry Loucks, in June 1881.
The sightings made it in to the local paper at the time. Mr. Loucks, one of the community's oldest fishermen told York Daily, "it comes to the surface, looks about it, then gradually sinks down leaving its hair floating on top of the water for a moment or so and finally disappears." According to Loucks, the creature had the face of a woman and beautiful glossy black hair, but as it only shows itself down to the shoulders, he could not tell whether she had a human or fish lower body.
Tags:
mermaidcreatures