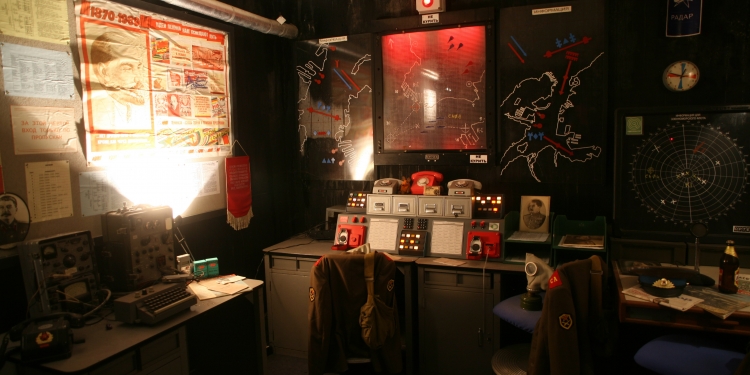 Located in Cheshire, the first role of this former-secret site was during the Second World War, its role was to act as a decoy and confuse German bombers looking for a railway junction, crucial to the military's logistics plans in Crewe.

The bunker started its life as a decoy site to protect a railway junction, crucial to the military's logistics plans in Crewe from German bombers during the Second World War.
Later, it became a Ground Controlled Interception radar station and in the 50s was modernised as part of the ROTOR project, part of a network of facilities providing radar coverage for the UK and providing air traffic control to military aircraft.
ROTOR was housed in a reinforced concrete two level bunker, partly built in to the ground and became known as RAF Hack Green during the Second World War, it was in continuous operation until the mid 60s.
After being left derelict for several years, the bunker took on a new purpose as fear of a nuclear attack grew during the threat of the Cold War.
Hack Green became over of 17 Regional Government Headquarters across the UK, their role was to ensure that government could continue in the aftermath of a nuclear attack on the country.
The bunker although split across two floors, made use of a mezzanine in its main operations room, in total the bunker offered almost 3,000 square meters of protected accommodation.
The bunker had one of the most advanced air filtration systems of any bunker of its time and a back-up generator house in a separate building built on to the side of the facility.
Like most RGHQ, it sat beneath a radio tower, at 37 meters high it was designed to hold an array of dishes and antennas for RAF ground-to-air communications as well as some BBC transmitters and relays.
Along with most of the RGHQs were sold off in the early 90s and landed in private hands in exceptionally good condition and was opened to the public as a Cold War museum in 1998.
The Hack Green museum has a large collection of military and Cold War memorabilia as well as the largest collections of decommissioned nuclear weapons in the UK. There's even a simulator which lets guests experience what it would have been like to take refuge in the bunker during a nuclear attack.
Tags:
undergroundcheshireurbex