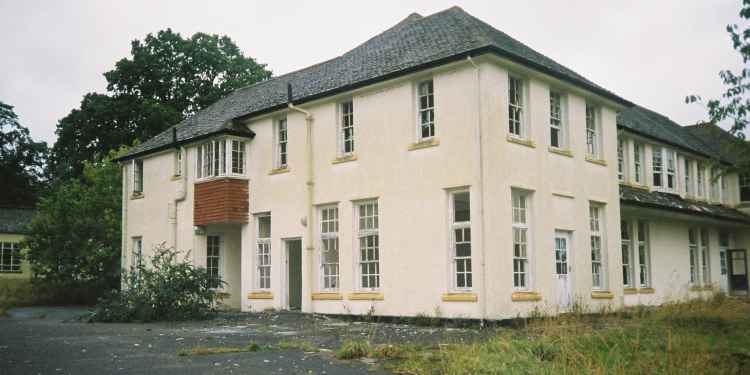 Originally the Lethbridge family home, it was used as an army hospital during the WW2 and then put in to use as a hospital for handicapped children by the local council, it has since been closed down.

The site is secure and regularly patrolled.

It was John Periam who built Sandhill Park in 1720 and it was lived in by the Lethbridge family from 1767 to 1913.
In 1919 the Somerset County Council bought the house and converted it into a home for handicapped children. During the Second World War it was used as a hospital by the American Army, but after the War it reverted to use as a hospital for handicapped children. The hospital has now been closed and the House is now a Fire Engine Museum.
The Domesday Book also records a second Manor LIDIARD (later Lydeard Punchardon in Bishops Lydeard). This Manor was held by Ailric but William the Conqueror possessed it by 1086, the income being £7 per annum.
By 1159 it was held by Hugh de Punchardon by knights' service to the Castle of Dunster. From the middle of the 13th Century to the 16th Century the Malet family appear to have held this Manor. During the Civil War the Government granted it to Colonel R.Bovett. He later supported Monmouth and was hanged for his pains on the orders of Judge Jeffries on Cothelstone Gateway in 1685.
The Dyke Acland family were substantial landowners for nearly two hundred years and from 1791 Lady Harriet Acland held the Manor until it was acquired by the Lethbridge family in the 1820's. This Manor is now known as East Lydeard.
Tags:
urbexsomerset