Schooner Hotel, Northumberland: The Most Haunted Hotel In The UK 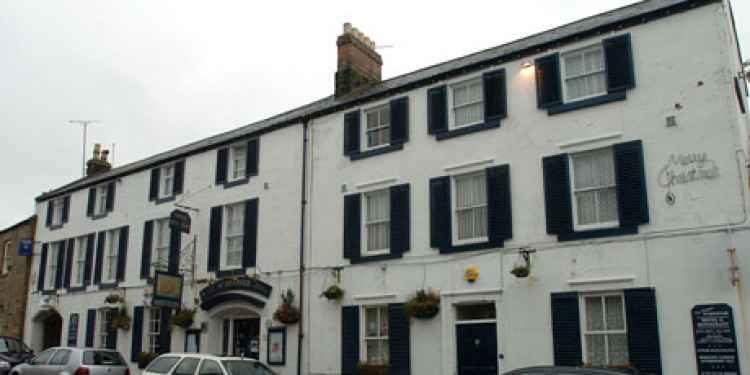 If you're looking to stay in a hotel with a high chance of seeing a ghost, then it has to be the Schooner Hotel, which boasts more than 60 individual hauntings.
The Schooner Hotel was built as a coaching house in the 1600s on the mouth of the River Aln, in the small and quiet coastal village of Alnmouth, Northumberland, 40 minutes drive away from Newcastle.
The town was once a busy sea port and the whole area has a reputation for smuggling and the Schooner was at the centre of all that happened in the town and the port. There's even a blocked off smugglers' tunnel in the cellar which once lead to the port.
The inn, which became a Grade II listed building on 31 December 1969, played host to many notorious smugglers of the time, but it wasn't just criminals and murderers that made up the hotel's clientele. Many dignitaries also visited the inn, including Charles Dickens, John Wesley, Basil Rathbone and King George III.
Although the original whitewashed building with black shutters dates back to the 17th century, the hotel was extended in the early 19th century and again towards the end of the 19th century, now consisting of 32 guest rooms.
With stories of family massacres, suicides, hangings, and murders, it's not surprising that the Schooner Hotel is so famous for the paranormal sightings throughout England. In fact, with more than 3,000 recorded reports of paranormal activity, the hotel has been named by some as the most haunted hotel in the UK.
The Schooner has become a popular location for paranormal investigators, who investigate the ghost sightings, which are said to occur with stark regularity in all of the hotels bedrooms, as well as the corridors and communal areas.
One of the most commonly reported spirits is that of a maid who is seen walking the corridors, which are also said to be home to a ghostly soldier, who also haunts room 16 and 17, two of the most spiritually active rooms in the hotel.
The recent discovery of a hidden door between these rooms revealed that the two rooms were once joined together, which is why the paranormal activity in these two neighbouring rooms are so similar. Guests who stay in these rooms have reported seeing a dark, shadowy figure stood at the end of their beds.
They also often report mysterious knocking and banging from the corridor outside the room, where guests have picked up on the spirit of a mischievous young boy, who is is said to be the cause of these sounds.
Two members of staff got the fright of their life when a dark figure lunged at them from room 20, they say it rushed past them and crashed into a fire door opposite the room.
Most of the activity that takes place in the hotel occurs in rooms 28, 29, and 30, with 28 being the most haunted. It's said that a family of a trader was murdered in this room. He had a fallout with another trader over some salt. The other trader waited in the room with an axe and slaughtered him and his family.
Ever since, guests have reported feeling a sense of dread in the room, and have heard the disembodied voices of children, as well as cries, and a woman screaming. Others have reported feeling an unseen presence in the room, as well as feelings of sickness and dizziness.

November 11, 2003Most Haunted At The Schooner Hotel