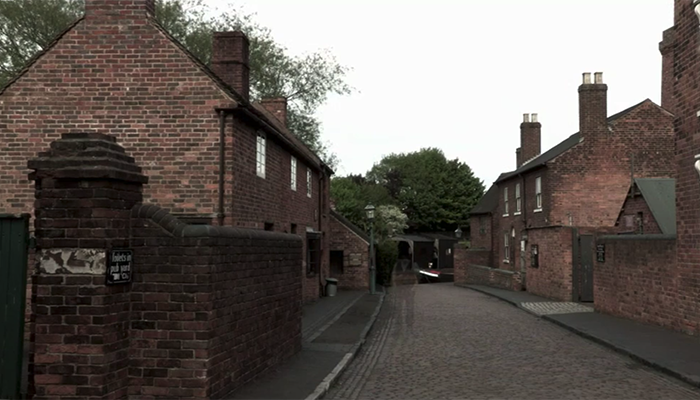 Yvette Fielding and the Most Haunted team head to Dudley in search of paranormal activity a sprawling, working museum, complete with a village that houses shops, homes, a church, and even a school.
The museum, which opened in 1978, celebrates the Black Country's important role in the industrial revolution as one of the greatest iron producers in the world, thanks to its use of steam power, abundance of canals.
There are 150 items including large industrial public buildings, shops, house, outbuildings and back yard workshops, all spread over 26 acres of former industrial land, with a canal flowing through the middle. Some of the buildings on the site have been rebuilt here having been moved brick by brick from across the area.
Each building has its own history and story to tell and the museum allows visitors to experience what life would be like in the Black Country area during the industrial revolution. 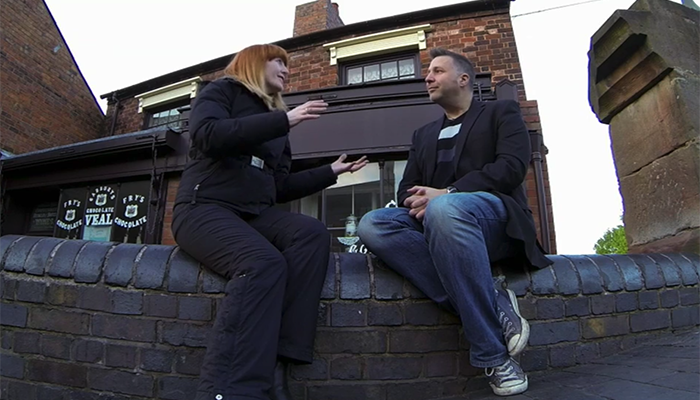 With so many buildings from different time periods, the Black Country Museum seems like the perfect location for Most Haunted.
Visitors and staff have reported a wide range of paranormal activity at the museum, including the strange nosies, the sound of footsteps, and the voices of children in the old school house. The museum is also said to be home for four apparitions. Witnesses have reported seeing strange figures inside cottages and shops, ghostly shapes moving along streets, and even a ghost who is seen falling in to the canal form the bridge.
During her initial walk round with the show's resident skeptic, Glen Hunt, Yvette said, "to have one haunted location is great, but to have a whole village is fantastic, we're very very lucky." But Glen reminded Yvette, "this really is a facade, the whole place has been recreated brick by brick, so what we're actually sitting on was traditional a sewer works," and he has a point, are sewage works often haunted?
This doesn't deter Yvette, she thinks the buildings may have brought ghosts of the past with them. Fred Batt backs her up, "I agree with the stone tape theory, that's very real." Stone tape is the theory that building materials like stone, brick, wood, metal and even the ground can 'record' emotions and activities and replay them.
As well as this, Yvette says, "one thing we have to remember is that we're right near the water which is said to be a conductor of paranormal activity." And as if that weren't enough, Fred then points out that there is a network of coal mines underneath the museum with its own tragic history, "350 or more men and boys died in those mines." 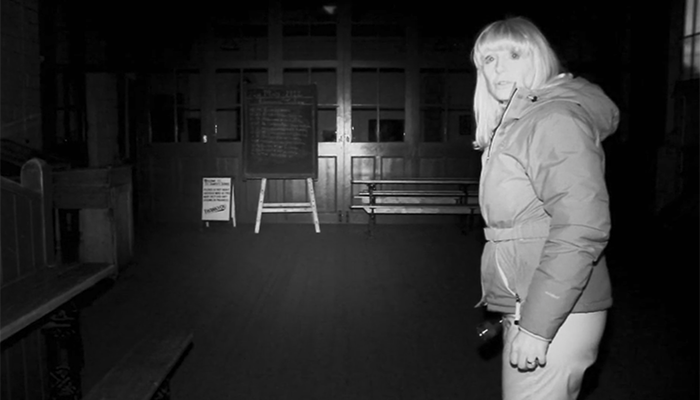 Yvette first went to the old school house with an apprehensive Karl Beattie. Yvette started calling out to the spirits, "do you mean us harm? Give me two loud knocks for yes." They both jumped after hearing something that wasn't picked up on camera.
The pair then sat on a long wooden bench in the school, Yvette panicked when she felt what she thought was someone sitting down at the other end of the bench. Karl said he also felt what was like someone sitting down.
Yvette then said again, "can you give me two clear knocks?" And they heard several loud bangs that were clearly audible. She then said "can you tell us how many of you are here? Knock out how many of you are here." The frequency of the knocks increased, Yvette said "wow, there's loads of you." But as soon as the words left her mouth there was a huge crush and the pair jumped up.
They places the camera on the bench, and while trying to get the bench to move again, Karl then swore he heard a giggle. Moments later the camera wobbled as bench moved, even when their hands weren't on the bench. At times it could be heard creaking before it shook, the vigil ended when the whole bench seemed to lift up and slide across the floor. 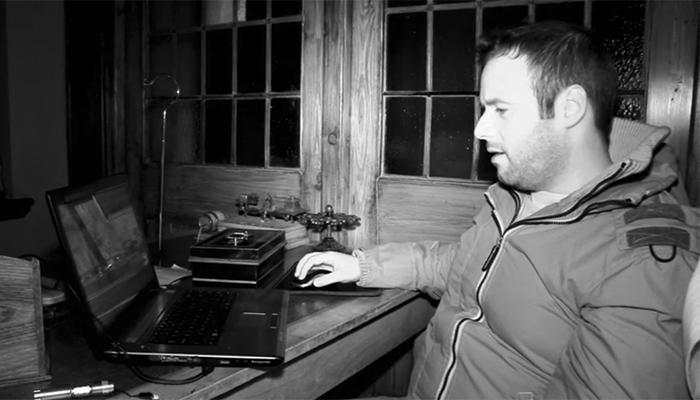 Glen and Fred went to one of the newest buildings at the museum, the Worker's Institute, which was moved here in 2009. They were joined by sound guy Darren Hutchinson, camera man Gregg Smith, and EVP expert Eamonn Vann-Harris.
Eamonn was already trying to catch spirit voices on his laptop as electronic voice phenomenon. In the recording Fred is heard saying "moving something, hit somebody," this is follow by a sound which the team described as sounding like a chain being dropped on the floor.
Being a good skeptic, Glen asks Eamonn to record Fred's walking to eliminate the sound of his shoes on the wooden floor boards, the two sounds were quite different.

Back In The School House 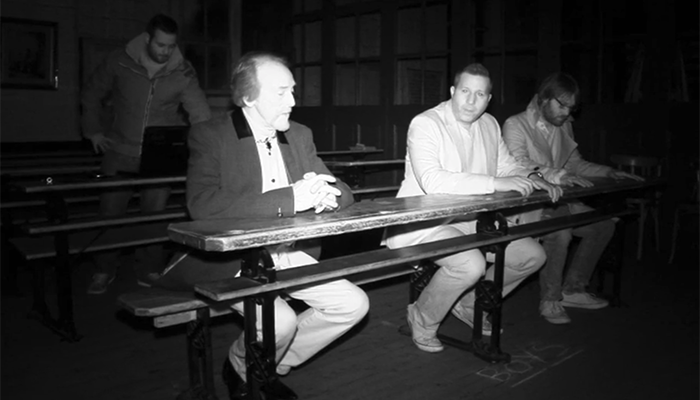 The teams swapped over, Fred and Glen's team came to the school room where Fred was calling out to the spirits, "come forward and do something to us." Darren then noticed something odd, he asked "what is that squeaky noise?" They all stopped and listened and there was a very clear repeating sound coming from the corner of the room.
So like a naughty school boy, Fred went to sit in that corner of the room, "if there's someone here in this room with us, make yourself known." Glen then said he saw "definite movement".
They then heard something metal hit the floor, after a quick search they found a spoon on the floor. 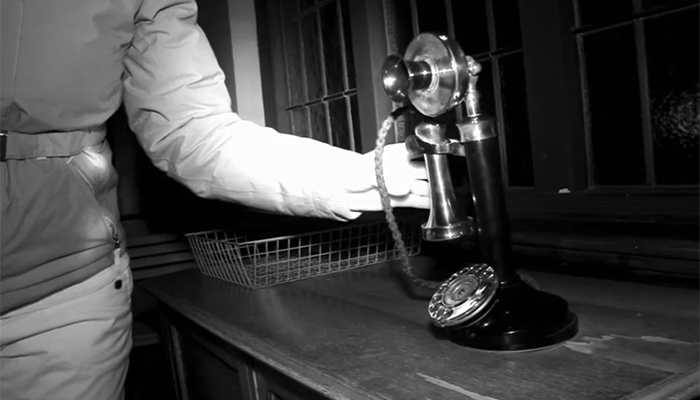 Meanwhile, Yvette and Karl were investigating the Worker's Institute. Yvette screamed and hit the camera, knocking it out of focus. Once the camera righted itself and they'd calmed down, Yvette revealed the reason for her panic. It seems she'd placed an old rotary phone earpiece on its stand, only to find seconds later that it was back on the counter top.
Yvette then thought she could hear talking, but moments later heard a sound which was like keys being dropped, they ran through a doorway to investigate. Karl then said he thought it sounded like a chain which ties in with the EVP recordings the previous group made here.
They then headed upstairs but as they did they heard a bang on the stairs and a bang coming from upstairs. Karl said, "I'm nervous, shall we go upstairs?" Answering his own question, he added "we have to, that's what we do."
Once upstairs Yvette continued to call out to the spirits, until Karl heard a breathy moan coming from behind him. They quietly listened and then heard footsteps. Yvette asked the spirits to tap out how many spirits where there, they heard four very clear bangs in response. 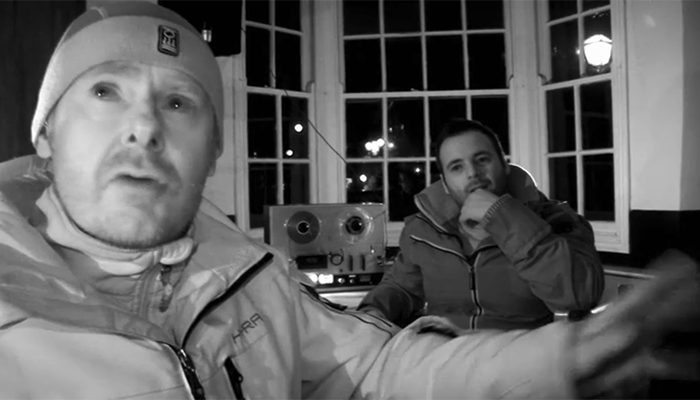 The gang re-grouped and went to the Bottle & Glass Inn, an olde-worlde pub on the museum site which is said to be one of the most active locations. It's also where Eamonn has set up all of his EVP equipment, and this week he's gone all out with a "two-way machine," several laptops, and a reel-to-reel tape recorder. He said, "if there's anything going to speak, I'm sure we'll get it."
While the team were sat around the equipment, one of the laptop screens momentarily inverted. On the dark screen both Gregg and Karl said they'd seen a face. Rationally, they asked Eamonn if he had any screensaver set on the laptop, but he couldn't suggest any reason why it should have happened. 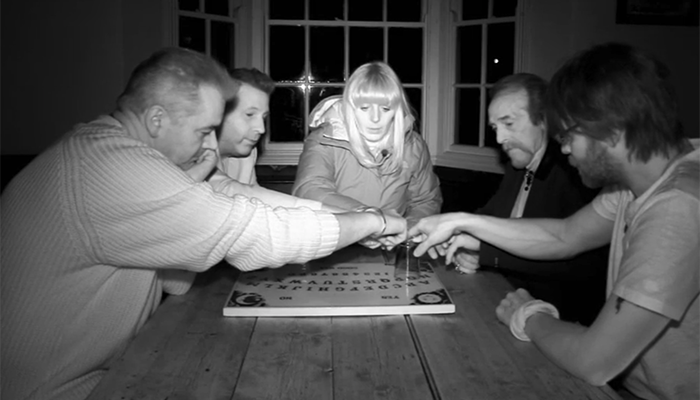 The team then left Eamonn with his EVP gadgets, while they conducted a ouija session. Straight away the table started not only moving but lifting and sliding away from them.
When the table calmed down, Karl called out "who are you? Can you tell us your name?" The glass started sliding across the letters and spelt out the name "John." They then asked for a surname and got "Sherwood." Handily, a caption came up on screen with the name labelled as "ouija information."
Fred has a list of names with him, he calls out, "John, if this is you, how old were you when you died?" The spirit answered via the board with 15, he the said that he had died on the 9th of March, 1868. Interestingly, all this matched Fred's information, John Sherwood was apparently killed in a mining accident.
The team then started hearing banging from all around them, Fred said that this was now a demon who was messing around with them. The team all then suddenly jumped and screamed when they heard what Glen described as a disembodied gasp of breath.
Throughout all of this, Eamonn was sat alone calling out and listening to real-time EVPs on his two-way machine, but as always, it was just noise. He claimed some of the sounds were words, but it really wasn't anything distinguishable to me. Eamonn seem to be convinced he was talking to the spirit of someone called "Richard."
The team gathered later and heard more digital sounding, garbled grunts, which they thought were answers to their questions, and spirits laughing. I honestly can't pick it out at all, but Eamonn said it was some of the clearest EVPs they ever captured.
For reviews of all of the new episodes, plus highlights and evidence from the shows, and to find out when Most Haunted is on next, visit the Most Haunted episode guide.