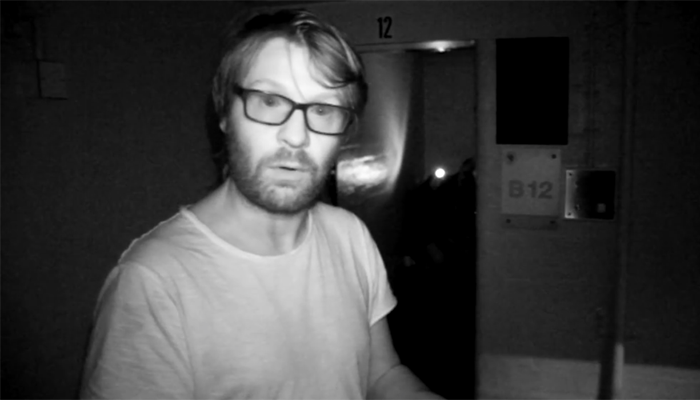 Darren Hutchinson has been Most Haunted's sound man since 2014, but has worked in television all his life and even runs his own production company. It's fair to say that Darren is the most cowardly member of the team.
Interesting fact, as well as appearing on Most Haunted, Darren also acted in the 2016 movie 'Enemy Within', playing the role of Michael. Darren will be used to being in front of camera, his role in the Most Haunted team extends far beyond just holding a microphone boom, he's expected to muck in during the ghost hunts with Yvette Fielding and the rest of the team.
Apparently Darren has a striking resemblance to the late Earl of Dudley. The team made this discovery during their investigation of Dudley Castle. Yvette speculated that the knocks and bangs they were hearing might be from the Earl, who was a former resident of the castle, and could be because Darren was present who looked like him. On hearing this Darren looked into the camera and slyly said "the Earl of Dudley is a lucky man."
Darren is often the first to say if he's scared, and is always the most vocal about it. While investigating the now discussed HM Shrewsbury Prison, Darren made it clear that he really wasn't happy, "what are we even doing in here now? This is crazy."
In another episode, Yvette said, "I just heard what sounded like a woman's whimpering come from outside in the corridor." One of the show's cameramen was quick off the mark with a witty response, "that's just Darren," and he may have been right.
Darren has had a few odd experiences during his time on the show, most notably when he collapsed during an investigation at Haden Hill House. Darren was with the show's skeptic Glen Hunt when suddenly he passed out.
It took Darren a little while to recover from his funny turn, he said he just felt weak and, "I couldn't help myself toppling back". He said, "I don't know how to describe it, I just feel really really odd". 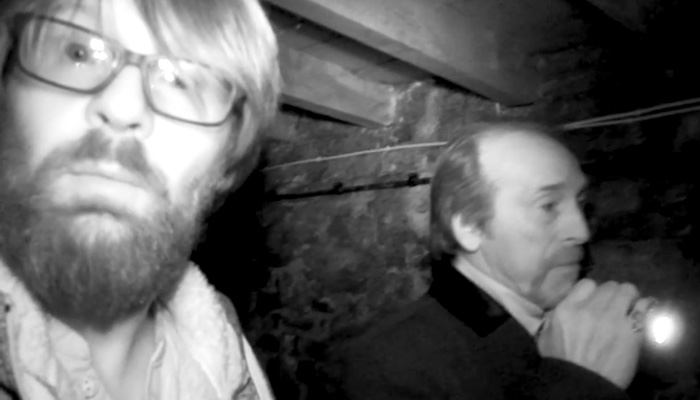 One thing we've learnt over the years is that Darren hates being alone with demonologist Fred Batt, especially when Fred is chanting and calling forth demons.
At Standon Hall Darren was already struggling with the sinister atmosphere. He had been on the upper floor on his own turning the lights off, looking shaken he returned to the rest of group and said "there is something in here with us, I am more convinced in here than I have been in many other locations in a long time."
But to make matters worse, Fred started his demonic chants, "in the name of the forces of darkness..." but Darren interrupted, "seriously? Are we really doing this in the one place that is pretty much guaranteed to have activity."
Glen reminded Darren that this was in fact their sole purpose for being in the building and they continued their vigil.
Later in the investigation, Darren was operating the camera, but not for long. Fred once again started his incantations, "in nomine dei nostri satanas luciferi excelsi" and Darren was having none of it, "here we go" he said as he slammed his camera down on the side and went off to find Yvette instead.
In one episode, Darren turned to the camera and said "I want to punch him in the face sometimes." But this is the reason why Fred is on the show. Karl recently said, "Fred has a job to do, he's on there as a demonologist, he's an expert in demonology and witchcraft, he knows his stuff, and you cannot doubt that fact that when he does his incantations stuff does happen."
Darren was reminded of this fact in an episode filmed at the Moat House in Tamworth. Darren was in the restaurant with Fred, and Gregg Smith manning the camera. They straight away started hearing knocks and bangs around them as Fred called out to the spirits. Darren said "I don't feel like it's an evil place, I just feel that it's an active place." Darren wondered if Fred had summoned up something nice, rather than evil. But Gregg reminded him, "he's a demonologist, not a fairyologist."
Although the rest of the team might be convinced of Fred's knowledge of demonology, Darren's not so sure. During an exchange between the pair at Whittington Castle, Fred started talking about the castle's history and its legends of dragons and witches, "the last dragon, the last Welsh dragon was actually in this area. A red dragon. There was a red dragon and a white dragon..."
Darren, looking confused, asked, "is that not just folklore?"
Fred stuck to his story, seeming to believe that dragons actually once existed, "well, yeah, it could be but it's well documented." Fred continued, "there was this dragon guarding a treasure trove, gold and jewels and this chap who knew about the dragon came to the earl here and he wanted permission to kill it to get the jewels. He gave him permission, he killed the dragon but then the earl took the treasure trove of jewels which is meant to be here somewhere, it's meant to be buried in the castle grounds somewhere."
Darren, still unconvinced simply replied, "OK." 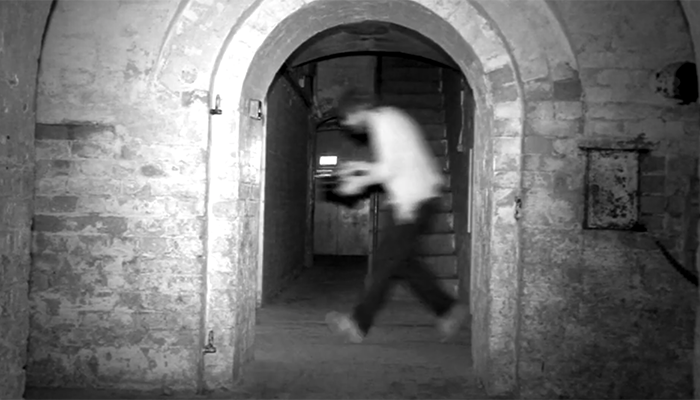 Usually when Darren's been paired up with Fred and he starts to call out to any demons that might be present, Darren is quick to protest. Often saying something like, "really Fred? This is a good idea?", or "I genuinely don't know why people keep putting me with you. I feel freaked out, massively freaked out." In one extreme case he shouted, "Fred, stop it now cuz it's coming for us!"
But in one episode Fred went too far, and rather than just protest, Darren decided to do something about it... he ran away.
A very reluctant Darren was in the cellar of Beaumanor Hall with Fred. Darren, who was already complaining, "is there any chance we could just check out the ghosts that are already down here, rather than trying to bring some horrendous things?"
The demonologist ignore Darren and started chanting his incantations, "I summon you to come forward," Darren walked off saying "I'm not doing this anymore," but begrudgingly he stuck around.
Fred then shouted "behind you," causing Darren to panic. Apparently Fred had seen a red shadow behind the nervous sound recordist. After this, Fred really started pushing his luck, calling out "touch Darren, kick him, push him, he doesn't believe in you."
Darren said, "I'm going to do one more minute of this, Fred. I just hate it." But Fred began to chant again, and Darren had had enough, "right stop it now, stop it, stop it, stop it!" Darren walked off, presumably trying to find his way out of the cellar, while Fred could be heard "still going off" in the distance.
Fred then shouted "Darren where are you?" and hilariously Darren ran off leaving Fred calling out for him alone in the darkness. Darren now hiding from Fred said, "this is like some sort of dark comedy now." Fred briefly found Darren, but he made a run for it again in an attempt to get out of the cellar. He eventually found his way above ground and into the carpark, and with relief in his voice said, "I'm done for the night."
So if Darren is so terrified of Fred, why does he always end up alone with him? Well, Yvette was recently asked this question, she explained "because it's funny! It's hilarious!" She admitted she was "a bitch" for sending him off with Fred. Karl added, "we're just trying to toughen him up a bit because we love him."
For reviews of all of the new episodes, plus highlights and evidence from the shows, and to find out when Most Haunted is on next, visit the Most Haunted episode guide.