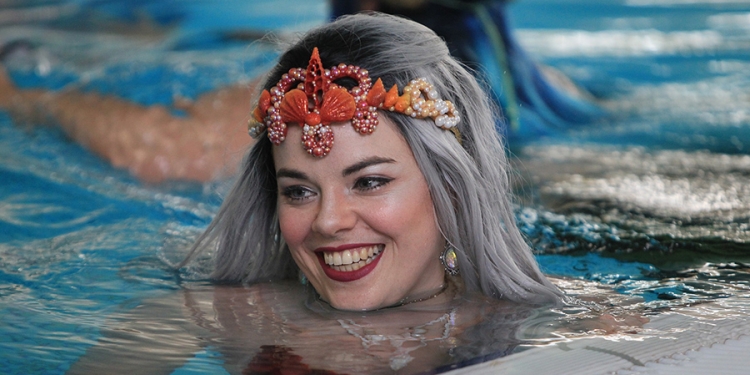 Photo: instagram.com
Last week mermaids, young and old, from across Europe came to the small Dorset town of Shaftesbury to compete in the UK's first ever competitive sporting event for merfolk.
The Olympic-style event took place on Sunday 19th August 2018 at Motcombe Park Sports Club and saw mermaids and mermen from around the world competing in aquatic events including relay races, freestyle and group routines, as well as participating in coral planting workshops.
Mermaids travelled from as far as Slovenia and Italy to enter the Merlympics, which was open to contestants from eight years old and up. There was no upper age limit and the only requirement was that mermaids were strong swimmers, healthy enough to compete and had their own tail.
The event's organiser Michelle Forsbrey, of Mayim Mermaid Academy, told the BBC, "people that have never met each other before, all the mermaids chatting and making friends was just lovely."
The Mayim Mermaid Academy teach children (and some adults) how to swim and dive whilst wearing a mermaid tail. The exercise helps to build core strength and muscle. Michelle says, "it's hard work, it's not easy being a mermaid. It's a way of exercising in a beautiful tail, feeling magical. It's really good for your self-esteem, your well-being."
The aim of the event was to enable mermaids to get together, make friends, compete, work as teams and create mermaid memories that will last forever.
The UK Merlympics 2018 wasn't the first event of its kind, previous Merlympics took place in Germany in 2015 and 2017, but Michelle says her dream would be to have similar events taking place around the world each year.
The three and a half hour event saw the merfolk compete in various events, with friends and family of the competitors invited to spectate. After the events winners were announced in an award ceremony, including an award for the "smiliest sea queen."
The mermaid photo used on this article is for editorial purposes only and features Mermaid Nyxe, check out her Instagram for more photos of her and her friends in the Dutch Mermaid Community.
Tags:
mermaidtopicaldorsetcreatures