This article is more than ten years old and was last updated in January 2021. 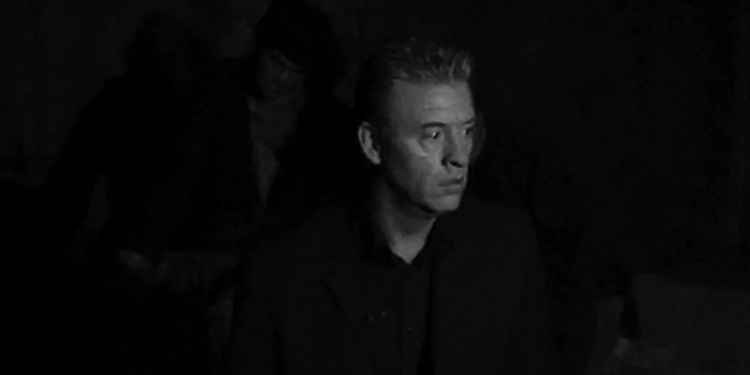 Murder, starvation and execution await Yvette Fielding and the Most Haunted team at a terrifying disused jail turned museum in Cornwall.
Bodmin Goal, a ruined prison in the town of Bodmin has seen many death sentences carried out, it was once dark, damp, rat infested and full of misery, pain and death. It's said that many of the souls that died here still remain.
The jail is situated in the heart of the Cornish countryside and was originally built in 1779. It was designed to hold 100 prisoners, but a population surge soon resulted in chronic overcrowding with women and children also imprisoned. Laws reforms failed to control this rise in crime with crowds flocking from across the country to witness the public hangings that took places outside the prison walls.
Records show leniency to be in very short supply, with many meeting their maker courtesy of petty crime, from murders to those who made the mistake of stealing a cow, each perpetrator met with the same agonising fate.
Visitors and staff have reported plenty of ghostly goings on. Objects are said to fly across the cells, as if seen by unseen hands. Also murderous screams have been heard causing people have run in absolute terror. The ghostly figure of a priest has been seen in what used to be the prison's chapel.
The show's resident historian, Richard Felix, said "I know just how much terror and pain and death went on in a place like this. There have got to be a lot of tormented souls still lingering around here."
Before the investigation, parapsychologist Ciarán O'Keeffe filled the vast maze of corridors and cells with as many ghost hunting gadgets as possible, including locked off cameras, trigger objects, audio recorders and thermal imaging devices.
One the show's psychics Derek Acorah and David Wells arrived, the investigation began. Straight away Derek picked up on the essence of William Lightfoot in the lower level of main cell block. Derek correctly stated that William was a murderer who was hanged for his crimes.
In one of the cells Derek got possessed by a violent spirit who identified himself as a South African jailer called Kreed Kafer. While in the trance, Derek aggressively knocked over various objects in the museum. Derek went for a rest and David took over, he reported the presence of a mother with her child of around four or five-years-old.
Later in the investigation, the team heard the repeated rattling keys and tried to communicate with the spirit of William Lightfoot during a séance by asking the spirit to slide a glass over a table. At one point, when Yvette, Richard, Karl Beattie and two other team members were around the table, not only did the glass move but the table seemed to move on its own.
The investigation end in the old naval cell block, where the team saw unexplained flashing lights, which they could not explain away with rational causes, and a stone was seemingly thrown at them.

It was revealed after the show aired that Ciaran had planted a note on location to test Derek's credibility.
Yvette revealed the story in an interview, "Ciaran left a piece of paper around with the name 'Kreed Kafer' on it and said, within earshot of Derek, that he was a nasty South African jailor."
She added, "when we started filming, Derek decided to get possessed by this fake person. The name is actually an anagram of Derek Faker. We tell people everything is real, then it turns out he was a fake, so he had to go."
After six years working on the show, its host Yvette Fielding branded Derek a "fake" and he was subsequently dropped from the show.

For reviews of all of the new episodes, plus highlights and evidence from the shows, and to find out when Most Haunted is on next, visit the Most Haunted episode guide.
Tags:
most hauntedparanormaltelevisiontopicalcornwallbodmin jail