This article is more than ten years old and was last updated in September 2019. 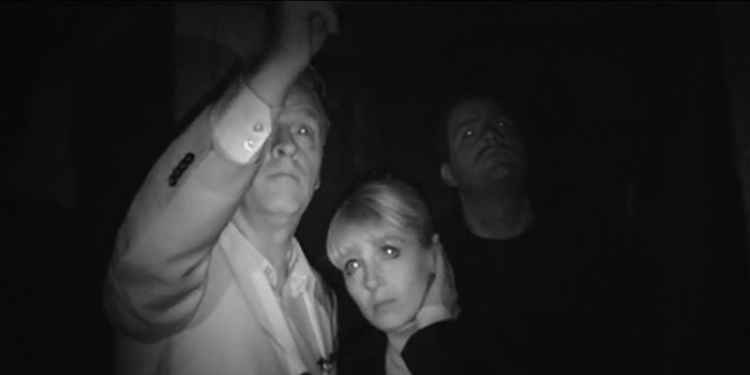 Smugglers, highwaymen and murder await Yvette Fielding and the Most Haunted team in Cornwall at one of the most famous coaching inns in the whole of Great Britain.
The remote inn, which was erect 1750 to give shelter to travellers using the turnpike between Launceston and Bodmin, is situated on Bodmin Moor, in the middle of Cornwall, and due to its remote location has a history of hosting cut-throat smugglers and highwaymen and it's said that some of the villains and their victims still haunt the Jamaica Inn.

In its heyday, contraband from France and Ireland would be landed on the Cornish coast, then brought across the moor by packhorse and hidden at the inn until it could be sold on. The inn and its shadowy past were both immortalised in Daphne du Maurier's novel 'Jamaica Inn', published in 1936.
Many people visit this famous each year, not just for its smuggling stories but also its ghost sightings. The ghost of a woman with her child has been seen walking through a wall by guests in room 5. It's said the mother and child spent last night in the inn together before catching a boat from Falmouth, but the boat sank.
In room 4, there have been reports of disembodied voices, unexplained footsteps and the image of a dark man wearing can only be described as a highwayman's outfit. He's known as the Green Man.
In the inn's original bar more than 100 years ago, a man sat alone in a corner drinking a mug of ale, until he was called outside. He left his drink of the table, walked out of the inn and was never seen alive again but ever since his ghost has been in the corner of the bar leaning against the fireplace. There's also the ghost of a man seen sitting on the wall outside the inn.
The staff at the pub are all terrified of going down to the generator room alone, it's said that a caped figure has been spotted in this part of the building.
The show's paranormal investigator, Phil Whyman, says that the most active parts of the inn are bedroom four, bedroom and the courtyard, that he feels has been overlooked in previous investigations. He said, "I'm very much looking forward to the investigation here, and of all the place we've done, I've got a really good feeling about this one."
After Yvette's introduction, the show's spiritualist medium Derek Acorah arrived to begin the investigation. In room 4 he picked up on the residual energy of smuggler, wearing a green cloak, which matched reports. According to Derek's spirit guide, Sam, the man's name was Jack Trevellis who Derek's says was well known in Polperro in 1791.
In room 5, Derek picked up on the essence of the mother and a little boy, but contrary to the story of them dying at sea, Derek says they were murdered by the innkeeper.
Historian Richard Felix was with sound man Tom O'Carroll, location manager Wendy James and camera operator Jon Dibley in room 5 where they heard a strange creaking noise and experienced a door moving. Yvette returned to the room with psychic Ian Lawman to investigate it for herself and though she saw a woman in the mirror on the dresser in the room.
Phil took Karl Beattie to the creepy generator room, where they experienced knocks and bangs, so called in Yvette and Derek. Derek immediately made contact with the spirits of two brothers, James and John Broad, who are both listed as former innkeepers.
The team eventually fled from the generator room after team member Stuart Torevell reported feeling something brushing against him. Stu refused to re-enter the room.
At one point in the episode, Richard braved the bad weather outside to investigate the courtyard, but his investigation didn't come to much and the area was once again overlooked.
For reviews of all of the new episodes, plus highlights and evidence from the shows, and to find out when Most Haunted is on next, visit the Most Haunted episode guide.