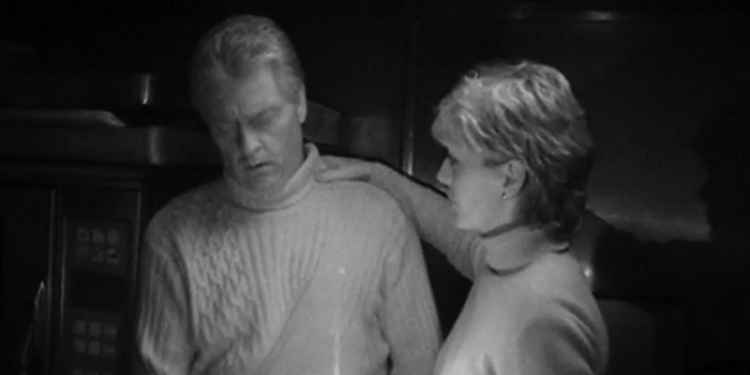 Yvette Fielding and a team of experts visit the Ostrich Inn in Colnbrook, where it is believed the landlord and landlady murdered 60 guests in the 14th century.
The pub is the third old in Great Britain, dating back to 1103 and is built on what was once the main road between London and Bath. This meant that many of the rich passed by the the typical English pub looking for somewhere to stay. The Jarmans, the pub's landlord and lady took advantage of this and brutally killed their wealthy guests.
The guest was given the 'Blue Room' and while sleeping, Jarman would pull a leaver, which would lift a specially hinged bed causing their sleeping victim to slide off and through a trapdoor in the floor into a vat of boiling water below. The couple were said to have made a tidy profit from their grim hobby.

The pub has plenty of ghost stories attached to it, especially from the many staff who have witnessed strange goings on in the pub. The most active room is said to be the pantry. According to the stories, this is where the Jarmans kept the bodies of their victims. Today, staff won't go in to this room alone.
During their initial walk around, medium Derek Acorah picked up on a spirit that once startled a guest in the ladies' loo. The show's parapsychologist, Jason Karl, said that this story matched a recorded haunting.
With the lights out, the investigation got underway. In the kitchen, Derek made a connection with a man called Thomas, who was garrotted before being thrown into a vat of water, mirroring the story of the Jarmans.
They moved on to the pantry, where Derek seemed to be taken over by another spirit. Jason asked to speak to Jarman and Derek, in a trance-like state, led them to the men's toilets where it seemed the spirit of Jarman was hiding.
Later Derek pointed the team in the direction of the attic, where he said an old book was hidden. The attic looked to be in poor condition, so only the show's producer, Karl Beattie, ventured in. He searched for the book, but was unable to find any sign of it in the darkness. Derek said it was there but had been covered over when modernisation had taken place. While in the attic Karl heard shuffling sounds around him, and at one point a quick glimpse of an unidentifiable object was seen moving on camera.
Jason also capture some interesting evidence during the investigation. At one point, Yvette felt a drop in temperature and at the same moment that Jason registered a drop on his laser thermometer.
For reviews of all of the new episodes, plus highlights and evidence from the shows, and to find out when Most Haunted is on next, visit the Most Haunted episode guide.