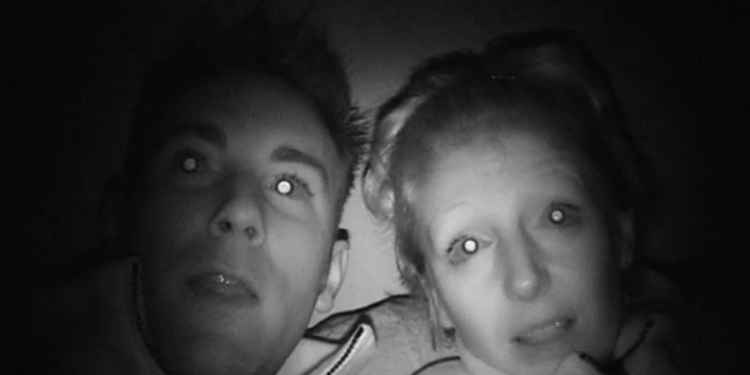 Most Haunted embark on their first ever investigation at Athelhampton Hall near Dorchester. A property which is said to be one of the ten most haunted houses in England.
Yvette Fielding welcome us to the first ever show and makes a promise to viewers, "we're about to embark on television's most extensive investigation into the paranormal. We guarantee no tricks, no camera illusions, and no practical jokes. If we find nothing, then you'll see nothing, but if we do manage to catch anything at all we'll share it with you honestly and leave it up to you to make up your own mind."
Athelhampton Hall has been a manor for over 100 years, with parts of building date back to middle ages. At one point in its history, the hall fell into disrepair. The Cooke family moved into the property in 1957 and has been lovingly restored. The family still live there today and have reported an oppressive atmosphere, the sensation of being touched and have even had the house blessed.

The first member of the team Yvette introduces us to is Jason Karl, the show's resident parapsychologist who says he'll be looking for "corroborated evidence" throughout the investigation.
The house is said to be haunted by a total of seven ghosts, including the two spirits who are seen duelling in the great hall, the ghost of a little girl from the 16th century, and unusually, the ghost of a family pet monkey that used to live in the house in the 1500s. There's also said to be a grey lady who roams the house.
The next team member we met was spiritual medium, Derek Acorah, and his spirit guide Sam. Early in the episode Derek seemed to become possessed by the spirit of the monkey which resides in the house. This is quite interesting if it really is true that Derek really didn't know anything about the property in advance. Jason was aggressive during this incident and challenged Derek and his claimed.
The team then went for an initial walk around the house, where again Derek was taken over by the spirit of a former resident of the house from the Martyn family. Also during the walk around, an old child's cot started to rock on its own.
With the lights out, the team got properly stuck into the investigation. One of the cameramen and Yvette's brother, Rick Fielding got scared quite early on and refused to go into one area of the hall. We also met the show's producer, Karl Beattie, who's Yvette's husband.
The team then split up. Yvette held a vigil with Jason and the show's director Bev Parr. During the vigil Yvette felt she'd communicated with a spirit. Flashing lights, known as orbs were visible on the camera around the cot. Jason explained that these orbs are the first sign of a spirit manifesting.
Meanwhile Karl and Rick held a vigil in a secret passageway with crew member Stuart Torevell, where Karl felt something breathing in his ear.
It was an interesting start to the show and Derek's comments as they investigated the property were sometimes accurate, sometimes interesting, and at other times challenged the known history of the hall.
For reviews of all of the new episodes, plus highlights and evidence from the shows, and to find out when Most Haunted is on next, visit the Most Haunted episode guide.