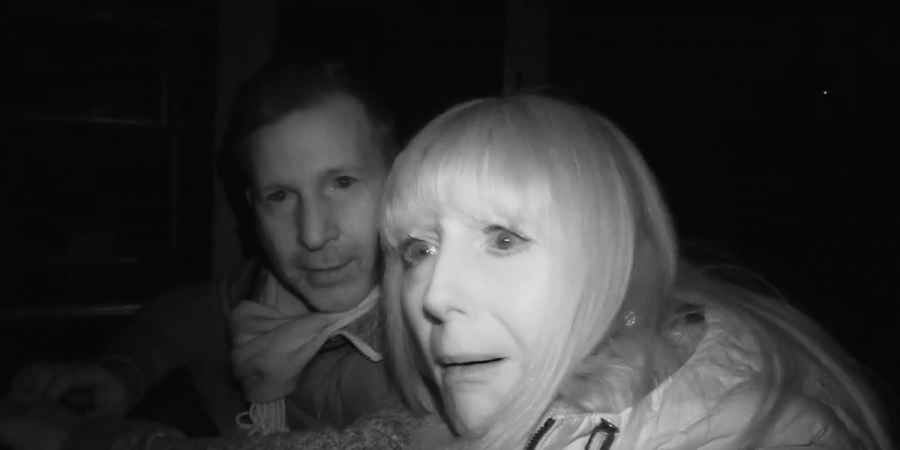 Yvette Fielding takes Glen Hunt back to the haunted Towneley Hall, where a spectre in white is said to roam. Meanwhile, Karl Beattie and Stuart Torevell climbed aboard the majestic SS Great Britain in Bristol, a historic steamship that is said to be haunted by its former crew and passengers.
The episode is new to the official Most Haunted YouTube channel and comes as part of the show's Halloweek, a weeklong event bringing fans  new episodes every night over Halloween.

Yvette and the show's resident skeptic, Glen, went on the hunt for EVPs at Towneley Hall where the spirit of a lady dressed in white roams, she said to be an ancestor to the hall's family. A large demon dog with red glowing eyes is said to prowl the grounds.
As well as reviewing the audio they recorded during their vigil, they witnessed some impressive tapping sounds, which seemed to directly respond to their questions. Yvette excitedly said, "it's very unusual for me and Glen on our own to get taps like that." Glen added, "I always get excited because the tapping is my favourite thing."
Meanwhile, Karl and Stuart were tackling a location with a nautical, the SS Great Britain in Bristol. Today the ship is a museum and one of the city's most popular tourist attractions, but during its 41 years of service it spent its time shipping passengers between Bristol and New York. After an investigation on the ship in 2009, Yvette described the SS Great Britain as one of the top five most haunted places the team had ever visited.
The ship is said to be haunted by many lost souls. Captain Grey is rumoured to have committed suicide by jumping from his cabin window, since then his figure has been seen and footsteps heard endlessly walking the ship's decks. A sailor who feel to his death from the rigging has been witnessed many times all over the ship, along with the ghost of a young newly-married lady who died on board.
Karl and Stuart started out in the ship's bow and made their way through the ship to the grand dining room at the aft of the ship, where they were frightened to death by a mannequin sat at one of the tables. Stuart thought the figure looked like a famous celebrity, but like Karl, we refuse to comment.
They then decided to split up. Karl remained in the dining room where he heard sounds from the room as if the dining table was coming to life. Stuart was wandering on the next deck up where he too heard lots of odd sounds like door knobs rattling.
Towards the end of the investigation Stuart heard a door slam loudly in the distance. Soon after the team's investigations came to an end, but Yvette and the gang will be back tomorrow at 9pm with another episode exclusive to the Most Haunted YouTube channel. Be sure to subscribe now so you don't miss out on the new episodes as they appear.