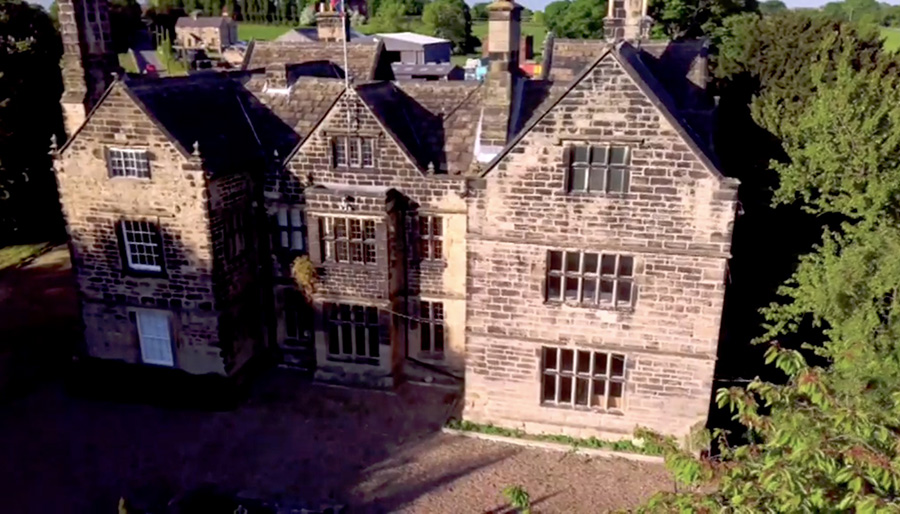 Yvette Fielding and her team continue their three-part investigation of the beautiful Hodroyd Hall in the Yorkshire Dales. The all-but-deserted manor house boasts a history of murder, death and intrigue.
The team's investigation is spread over three episodes, this is the second where the team are put to the test, as activity seems to be all around them, and something is following them. 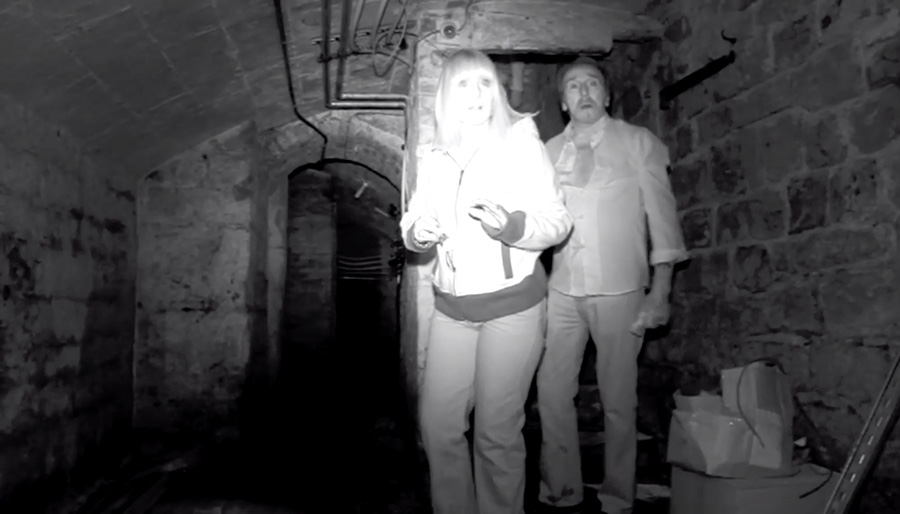 The first part of the investigation focussed on the hall's cellar where the team experienced very odd activity in the form of coins falling and hitting the floor from seemingly nowhere. Yvette described this as a common "worldwide paranormal phenomena".
The activity with the coins was happening for the two different teams of investigators who ventured into the dark basement, this included a familiar face from the past, Rick Fielding, who was a part of the original Most Haunted team when it first aired on Living TV in 2002. 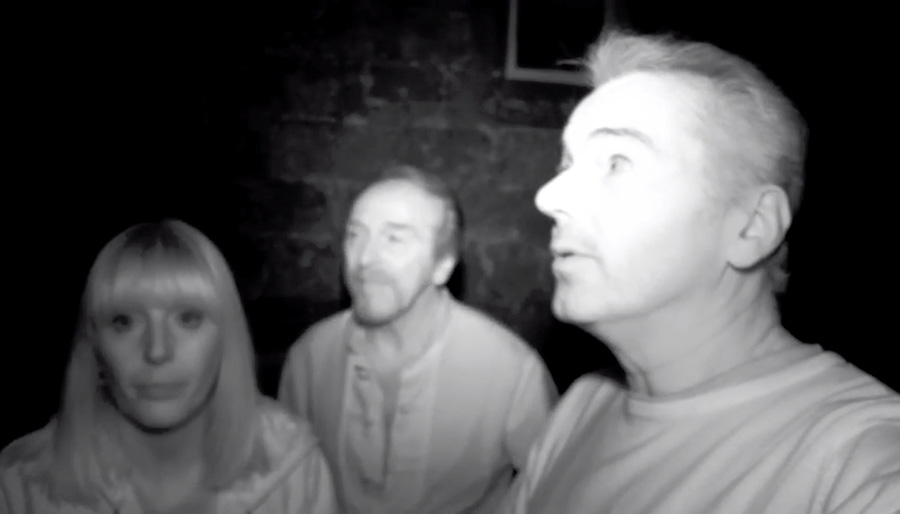 We rejoin the investigation in the orangery where Yvette was joined by the show's resident demonologist Fred Batt, and Karl Beattie. The vigil started out slowly with the team stood around the pool table, where they could hear very faint tapping on the wooden floor.
Yvette then conducted a tapping board experiment where she ran her finger across the rows of keys on a laptop and asked the spirits to tap to indicate a letter in order to spell out a word or phrase. Using this method, Yvette was able to deduce that she was talking to the spirit of a man named Henry Harries, who died in May 1901.
Fred was able to check this information against records he had relating to the property. According to Fred, "Henry Harries aged 55 who was a groom and gardener for Mrs Spencer at the hall. Died instantly when he fell from his cycle on 11th May, 1901."
Yvette then asked Henry for a word or phrase that summed up passing over to another plain of existence, the taps spelt out the word "bliss". 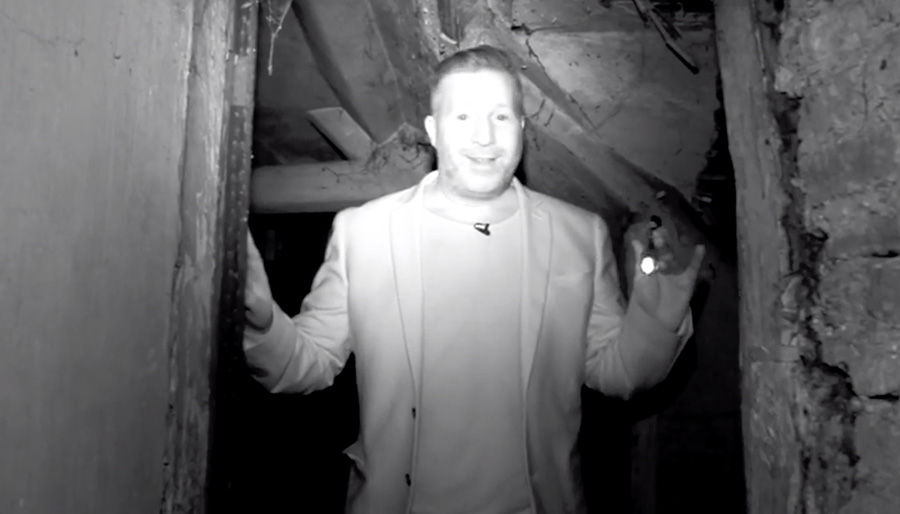 Meanwhile, the show's skeptic Glen Hunt was in the attic with Rick and sound man, Darren Hutchinson. Early in their vigil Glen thought he saw what looked like a figure stood in one of the attic's decaying doorways. He said, "it was like someone was occupying this space and moving in it."
Darren then called out to the spirits of the hall, "if there's anybody with us, come and say hi. We don't mean you any harm, we'd just like to have a chat with you." Four or five taps were then heard, which seemed to be in response to Darren's request.
There was then some kind of strange growling sound, which was a little like an electric motor on a fridge. The source of the sound was never identified, but perhaps could have been an external sound.

Rear Of The Building 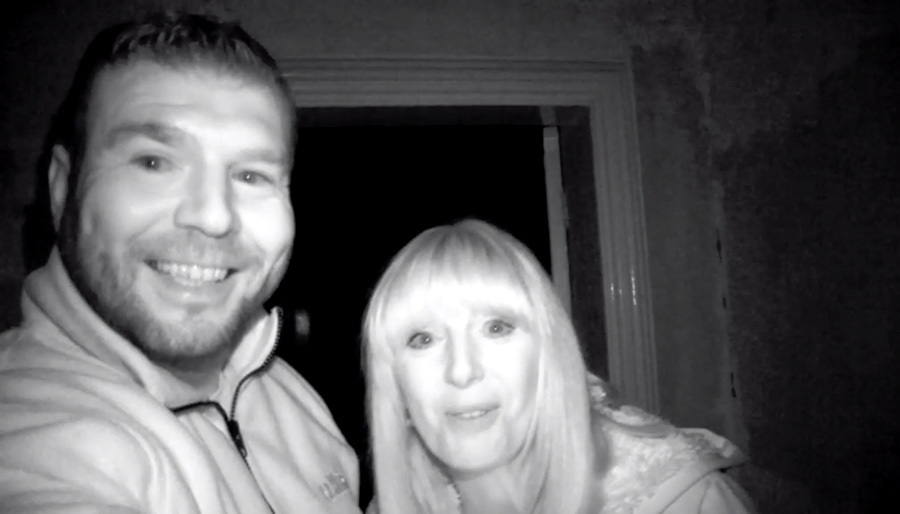 The team regrouped and split up into smaller teams to continue their investigation. Yvette and Rick were on the first floor at the rear of the building and as Yvette pointed out, "brother and sister together in a haunted place". They seemed to be surrounded by various unexplained sounds, one of which sounded like the shuffling of feet. 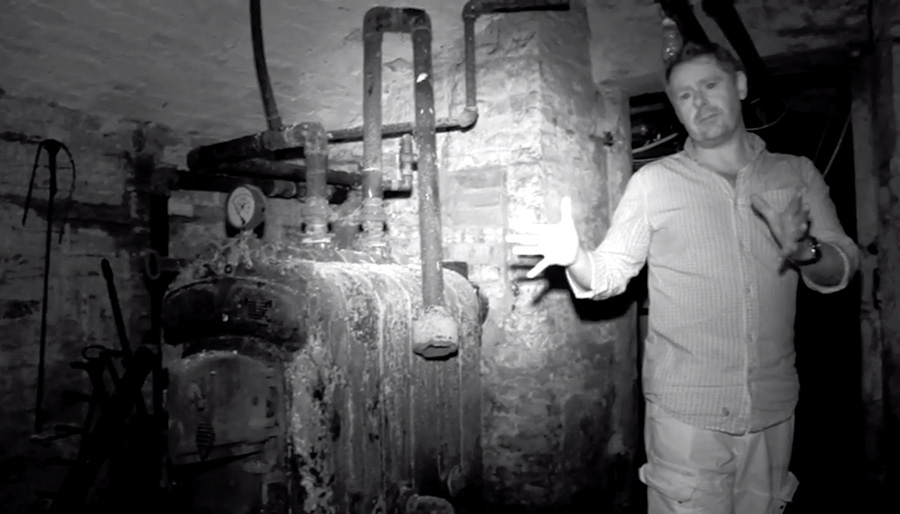 While Glen was alone trying to capture EVPs on his laptop, Fred was in an upper bedroom where, just like in the first part of the investigation, coins were being thrown around him.
Darren was in the cellar with Gregg, who was giving a bit of a guided tour of his surroundings until Darren said, "anyway, I don't think anyone's interested in this, let's try and find some ghosts," at which point Gregg started calling out. This was followed by several unexplained tapping sounds and what they thought sounded like footsteps. 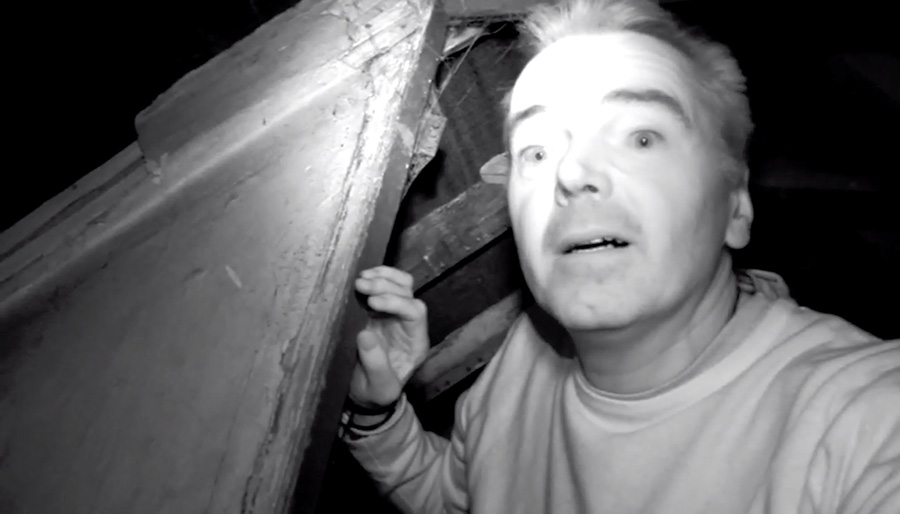 Karl was alone, he said, "I'm now up in the attic, apart from cobwebs and everything, which in itself is quite a daunting prospect in the dark, it's very very eerie."
He started calling out, "is anyone here? Can you show yourself to us?" And soon started hearing some knocking. A few minutes later he experienced a door slamming of its own accord, which was followed by the sound of movement coming from within that room, but upon entering he found it to be empty.
The episode ended with Karl worrying that his camera's light was about to die, there was then a loud bang and the image froze. The action continues next week in the third and final part of the team's investigation of Hodroyd Hall.
The new series of Most Haunted continues on Really. Watch on Freeview (17), Sky (155) and Virgin Media (129), or watch previous episodes of Most Haunted on demand on the UKTV Player.
For reviews of all of the new episodes, plus highlights and evidence from the shows, and to find out when Most Haunted is on next, visit the Most Haunted episode guide.