'Most Haunted Live!': Where To Watch The 2022 Special, Location Details & More 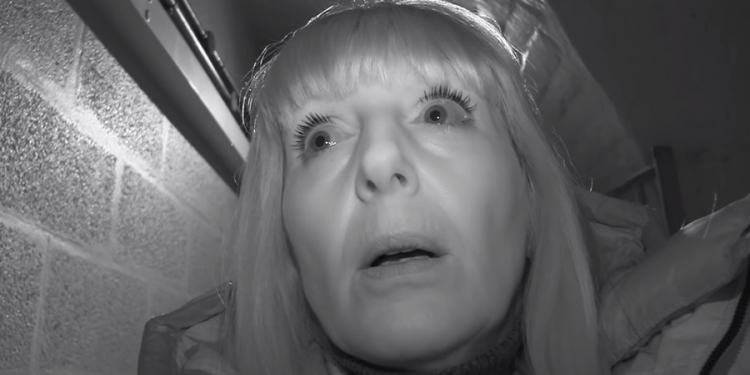 Photo: youtube.com
The 'Most Haunted' team have announced that they will once again be embarking on a special live investigation hosted by Yvette Fielding on the night of Halloween.
'Most Haunted Live!' 2022 will stream exclusively on the show's official YouTube channel on Monday, October 31 and will bring fans of the long-running British ghost hunting show a mammoth live investigation at an as-yet unnamed paranormal hotspot.
Yvette announced the news on Twitter, telling fans "we just wanted to let you know that there is going to be a 'Most Haunted Live!' on Halloween night on the official YouTube channel."
Karl Beattie added, "I know a lot of you guys have been asking questions about Halloween this year. Everyone behind the scenes has been working like little beavers to get a location, and we've just got confirmation that we have a location."
Although Yvette and the team have not yet announced where they will be broadcasting the live special from, Karl has teased that "it's a place we've done in the past, a long time ago, but haven't been back for a while."
Yvette said, "obviously we'll let you know what the location is and what time. And we think at the moment, there's going to be an audience." Karl added, "we hope there's going to be an audience, we're working through that now, we don't know how many people we can fit in." They told fans to keep their eyes peeled for more news on tickets in the coming days.
The team have confirmed that the broadcast is likely to commence at 9pm on Halloween night. Yvette and Karl will most likely be joined by their usual team, which includes Glen Hunt, Fred Batt, Stuart Torevell, Gregg Smith and Darren Hutchinson.

Where can I watch the 'Most Haunted Live!' Halloween special?

Fans will be able to watch the 2022 Halloween special for free and in full HD on the 'Most Haunted' official YouTube channel. If you fancy watching on your television for the big screen experience, you can. YouTube can easily be watched on a smart television or via games consoles, Chromecast, Now TV, Amazon Fire and various other gadgets.

When will the 'Most Haunted' Halloween special be shown?

As with previous Halloween specials streamed on YouTube, the broadcast will kick off at the peak television hours of Halloween, this is normally at 9pm on the night of October 31, but the exact time for this year's event has not yet been announced. Don't worry if you're not around on the night to watch live. The whole broadcast will be available to watch on YouTube at any time you please afterwards.

Is the 2022 'Most Haunted' Halloween special live?

Yvette and the team will be broadcasting completely live and unedited on Halloween night, so you'll get to see exactly what happens in realtime as it happens to the team.

Where will the 'Most Haunted' 2022 Halloween special be?

Since there's not yet been any confirmation from Yvette or Karl about the location Halloween special, we can only speculate where it might be filmed. However, Karl has teased that "it's a place we've done in the past, a long time ago, but haven't been back for a while."
It's been announced that there will be a live audience at the event. Tickets have been issued on a first-come, first-serve basis and those who have been successful have been told they'll need to make their way to Northampton on the night.
Since there's only one location in Northampton that the team have previously been too, it seems likely that they'll be heading to Delapré Abbey this Halloween.