Devon, home to countless historic inns, stately homes and famous landmarks, many of which are said to be haunted. Devon is the place where you'll find points of paranormal interest such as Jay's Grave. The county is also home to Dartmoor, a vast expanse with its own tales of diabolical hellhounds and hauntings.
Below are ten of Devon's most famous haunted locations and the stories of the ghosts and hauntings that are associated with them. 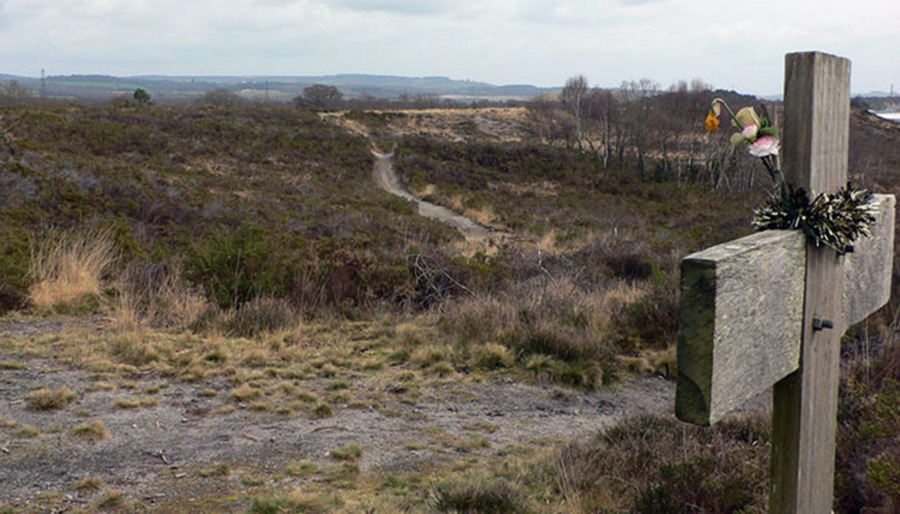 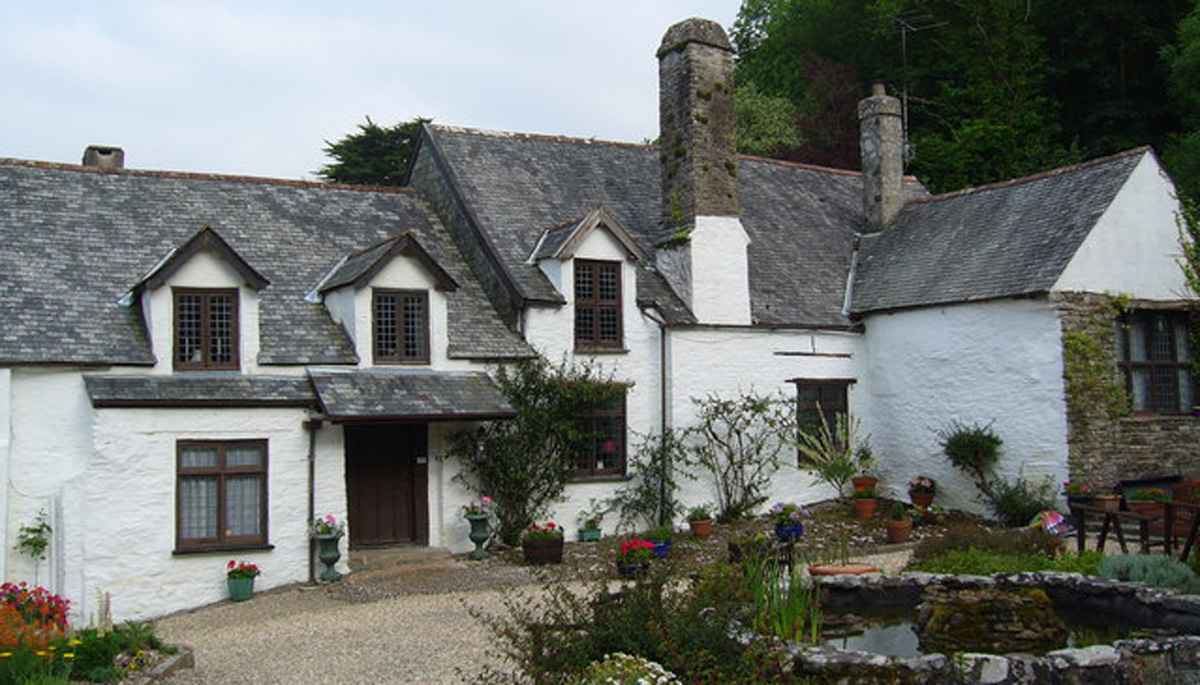 Photo: © David Seale
Chambercombe Manor is a historic manor house with a very tragic tale to tell and plenty of poltergeist activity. The kitchen is said to be haunted by the ghost of a woman called Elizabeth, the spirit of a man has been felt by the fireplace and an old woman dressed in black has been seen sitting on the windowsill.

In the 1650s the family brought home a badly injured and disfigured woman they found on a near by beach while breaking up the wreck of a ship. After she died at the manor five days later, they discovered from the a ship's manifest that the disfigured girl was actually their daughter who had previously runaway with an Irish sea captain. It's said that they didn't know what to do with the body, so they left her in the bed and simply bricked up the room.

A child wearing swaddling clothes has been seen inside an old cot in the bedroom as it rocks from side to side, and the ghost of a woman wearing a long grey dress has been seen standing over it. Another bedroom is said to be where a young girl age six died, ever since her ghost has been seen playing in this area along with her friend. Two male entities have also been witnessed in the same room and one of them supposedly is not a nice character. 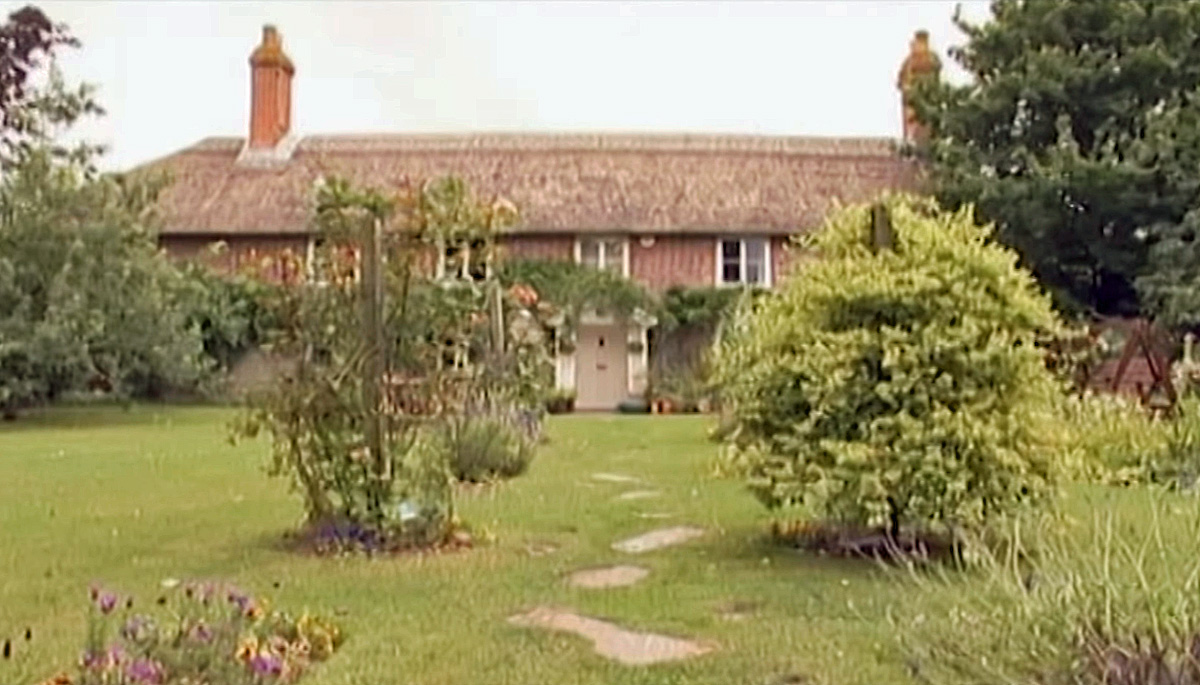 Lying on the eastern outskirts of Exeter, Lower Southwood Cottage is a seemingly ordinary home consisting of two cottages that are both said to be plagued by poltergeist activity. Owners of the home have reported spine chilling poltergeist activity, light anomalies and temperature changes.

Throughout the two buildings poltergeist activity is prevalent, including in the living room of the main cottage where objects are often moved around. Upstairs the ghost of an old lady who likes to poke her head around the doors has been reported, and dark figures have been seen floating across the floor.

In the second cottage footsteps are often heard, and strange mutterings echo throughout every room, the ghost of a little girl has been seen many times and the apparition of a man wearing an RAF uniform has also been seen. 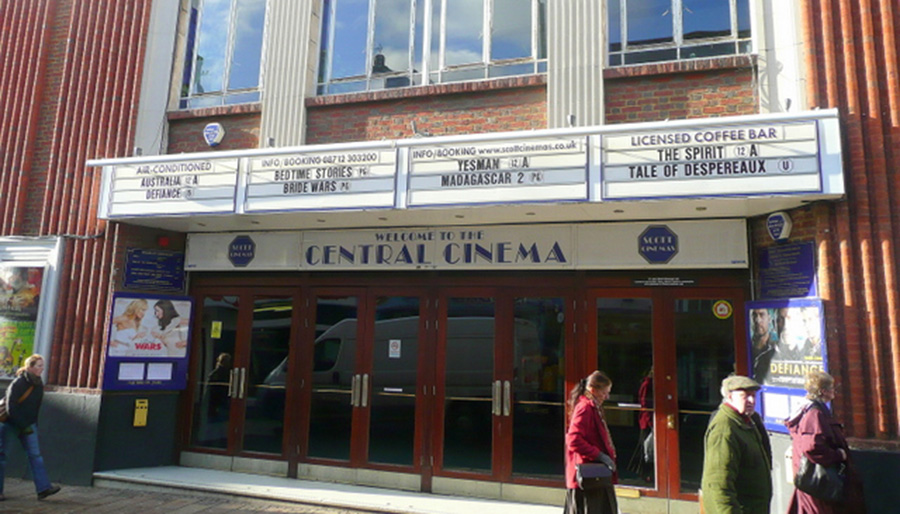 Photo: © Jonathan Billinger
Originally opened as the Central Cinema in the 1930s, the building now houses a bar and four modern screens showing latest movie releases to residents of Barnstaple, but the cinema has become known as one of the North Devon town's most haunted buildings. Moviegoers have reported seeing the apparition of man. It's thought that he could be the ghost of a man who feel to his death while working on the roof in 1931. 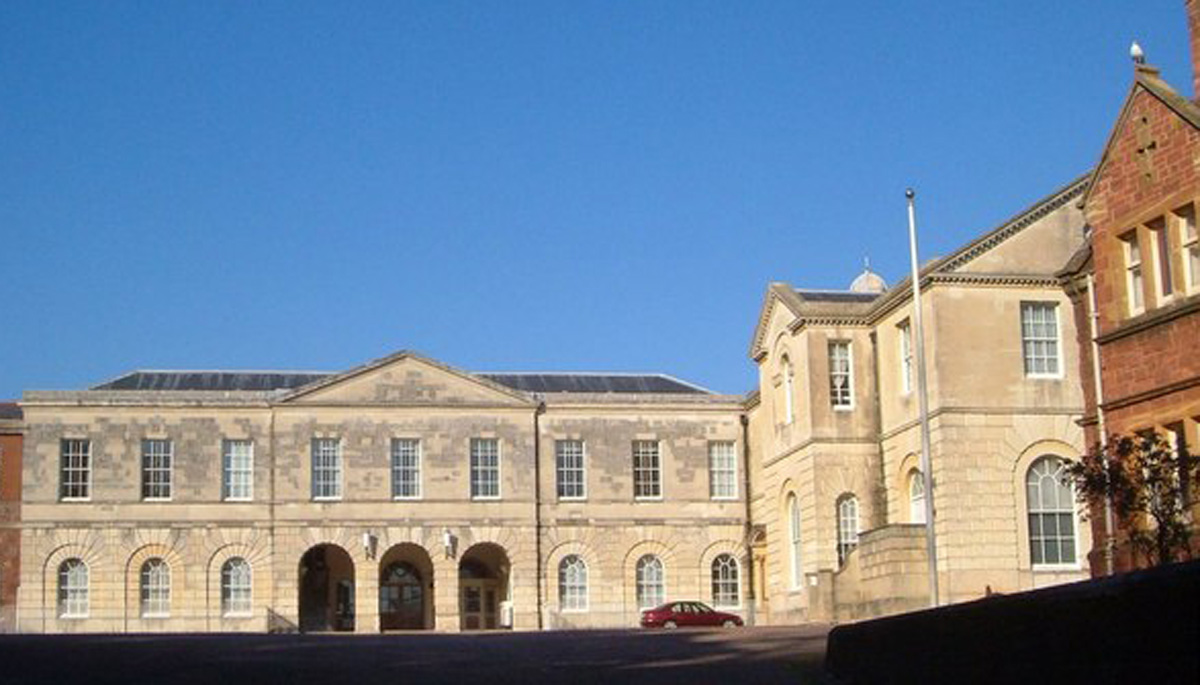 Photo: © Derek Harper
The old jail and court rooms ave a long and often bloody history, they were built on the site of an old Roman settlement following the Norman conquest.

In the old cells visitors report a feeling of depression and even uncontrollable anger. The ghost of an angry male prisoners is said to lurk here and chains have been heard rattling. Out in the courtyard many have reported seeing the ghost of soldiers and others have seen witches hanging from the gates.

Two spirits are said to haunt the post room, one is a female who is seen distressed and crying, the other is a tall man. This area is also said to be haunted by the ghosts of mischievous children. 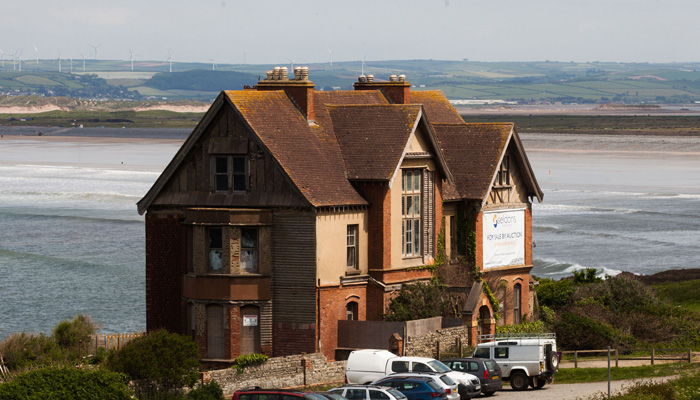 Seafield House in Westward Ho! has stunning views over the Atlantic but neighbours claim they hear strange noises coming from the property at night, and an elderly lady has been spotted sitting at the window and waving. 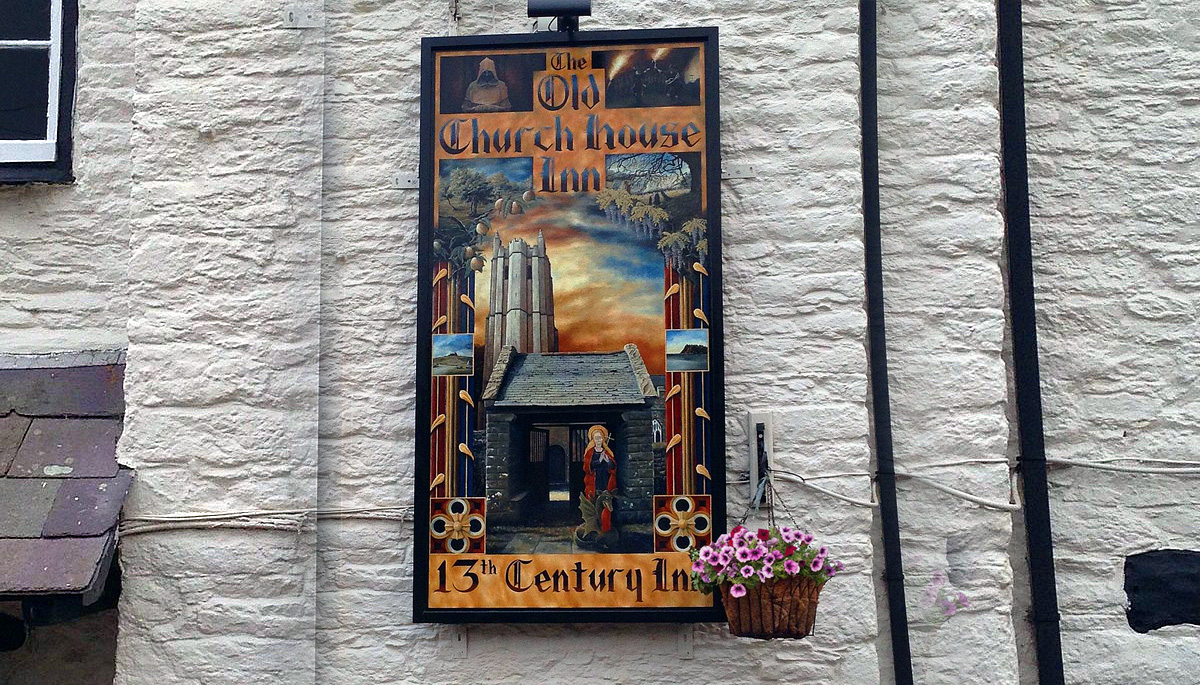 Lying five miles south of Newton Abbot is the 13th century Old Church House, a building that is believed to have once played host to Henry VIII. The inn was built by the same men that went on to build the parish church across the road, hence the name, and the two are linked underground via a secret tunnel.

There have been strange occurrences all over the building including faces appear in wood panelling taken from a Spanish Armada ship, candles relight themselves, and cold spots have been felt. A dark monk-like figure has been seen in the main bar and in the lounge, where a dark figure has been seen descending a set of stairs which were taken out years ago.

Poltergeist activity is prevalent in all rooms, and unexplained noises are her heard throughout the building, including in the guest bedrooms. Apparently many guests have left so frightened that they will not return. Bar staff have been chased and the owner has even been forced to hunt down a suspected burglar from his home, only to find that they disappeared into thin air. 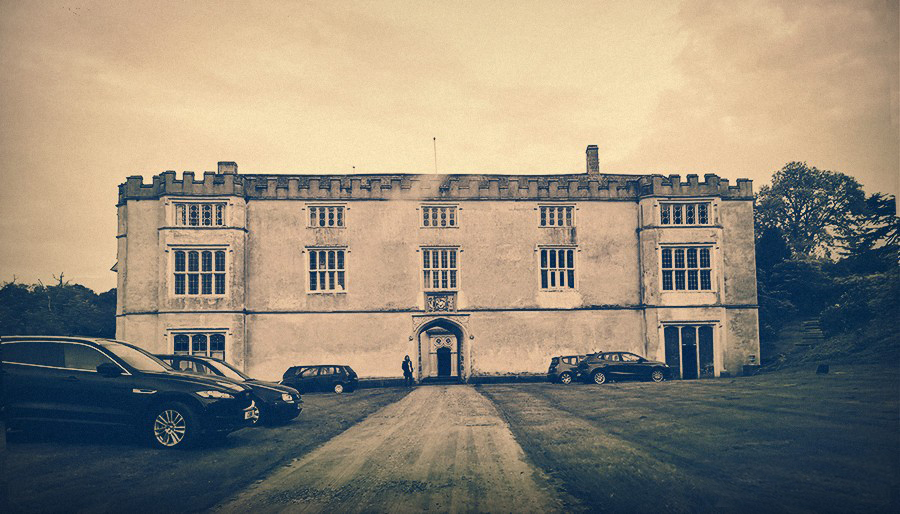 Photo: © Terry Chaplin
The Tudor mansion has been the residence of the Fulford family since the reign of King Richard I, making them Devon's oldest recorded family still in their original seat. The house and land was gifted to the family as a gesture of gratitude for the their sacrifice during the English Civil War. 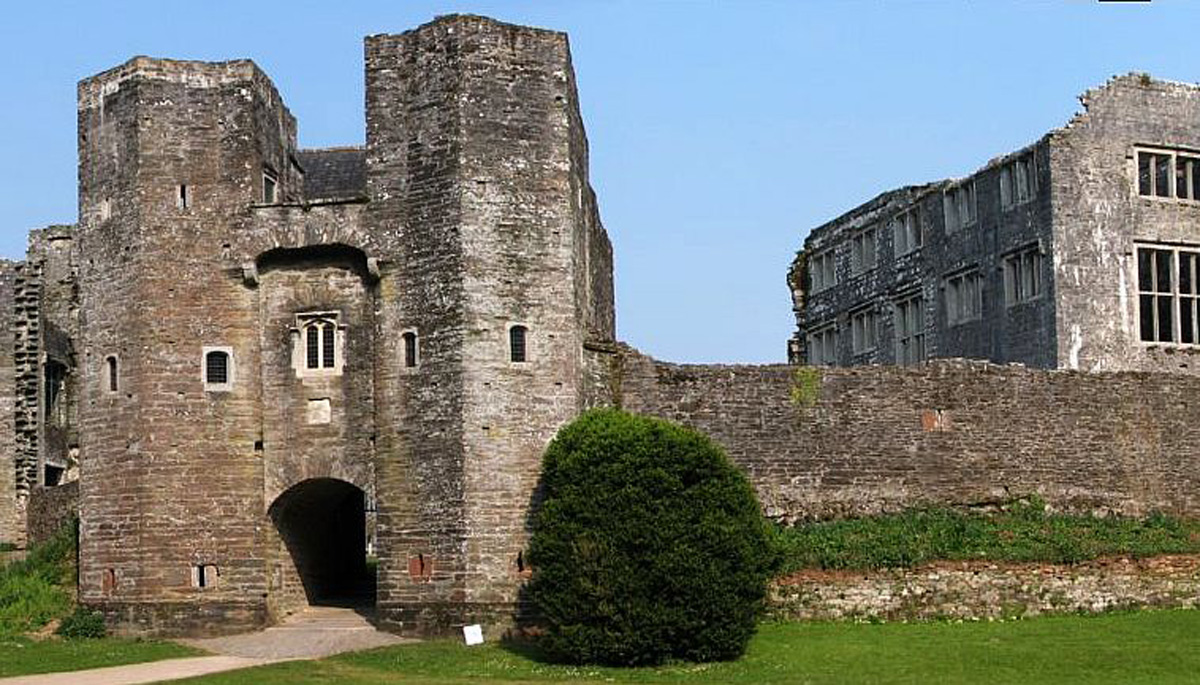 Photo: © J Morley
This haunted hotspot in South Devon is a Tudor mansion built within the walls of an earlier castle. An English Heritage guidebook once named the castle as the most haunted in England.

Perhaps its most famous ghost is that of the White Lady, who is said to haunts the dungeons, having been imprisoned and is believed to be the spirit of Margaret Pomeroy. A Blue Lady is also said to haunt the castle and tried to lure passers-by into her tower, those who respond to her calls are said to fall from the tower to their death.

In 2018, a ghost hunter at captured a video of what appeared to be two spirits riding horseback past the castle at night. Some think that the video could show the spirits of the Pomeroy brothers, who rode their horses off the battlements to their deaths to prevent themselves from being captured by enemies in the 17th Century.
This is an ever changing, dynamically updated page. Haunted locations may move up or down the list as new locations are added to our database and scores are reviewed to reflect new activity.
Tags:
paranormalghostshaunted britaindevon