Test Your Knowledge Of 'The Haunted Hunts: Cemeteries Of The Dead' 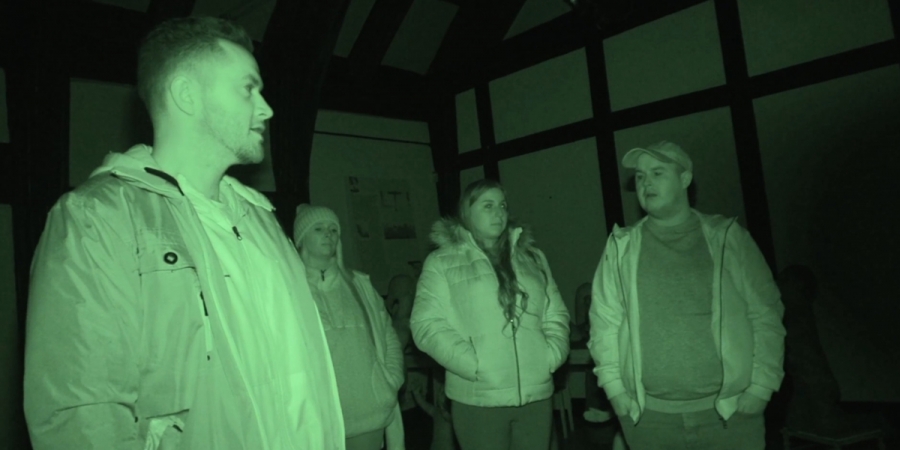 Lead by Danny Moss, 'The Haunted Hunts' team are back for 2022 in their fifth series entitled 'Cemeteries Of The Dead'. The new series dropped on Amazon Prime and the Haunted Hunts Extra, the show's official Patreon stream, on April 27.
Throughout the series the team, which consists of Rebecca Salisbury-Moss, Emma Dawe, Charlie Rutter, Roxanne Rutter, Alice Grindley and Nick Anderson investigate locations with mysterious connections to on-site burials.
After watching all episodes of the new series, we want to know how much you can remember about 'Cemeteries Of The Dead', test your knowledge with the 20 tricky questions below.

1. At which location featured in the series is a mysterious blood stain said to appear on the floor of the room where a priest was murdered?

2. Which of these series five location is NOT rumoured to have a tunnel connecting it to a nearby cemetery?

3. Which of these is a ghost hunting gadget used by the team throughout series five?

4. Which member of the team found themselves at the centre of the Estes Method at Walton Hall?

5. At which of the locations featured in the series did the team hear a phantom dog's bark on a previous investigation?

6. At which series five location have the remains of over 130 humans been found?

7. How many skeletons can be seen in the museum at Norton Priory?

8. Which historian and tour guide joined the team at their final location of the series, Samlesbury Hall?

9. How many locations did the team investigate as part of 'Cemeteries Of The Dead'?

10. Which of these ghostly phenomenon have been reported in the undercroft at Norton Priory?

11. In episode one, Danny spoke to a witness about Bishton Hall, but what activity did he say he experienced there?

12. In which county is Walton Hall that features in episode four of the series?

13. What was heard moving on a locked off camera in the basement of Bishton Hall?

14. In episode six, Danny reminded us about his previous investigation at Samlesbury Hall where he heard a clear voice through a ghost hunting gadget, but what did it say?

15. The withered hand of a murdered monk is said to have been found at which location featured in the series?

16. Only one of these series five locations has not had a skeleton found there, which one?

17. Which of these is a device used by the team during the fifth series?

18. At Bishton Hall, a strange mist or puff of smoke was registered by a ghost hunting gadget, but what was the device called?

19. Which member of the team heard a growl in their ear in the cellar of Mill Street Barracks?

20. Which members of the team are leaving the show after their final appearance in series five?