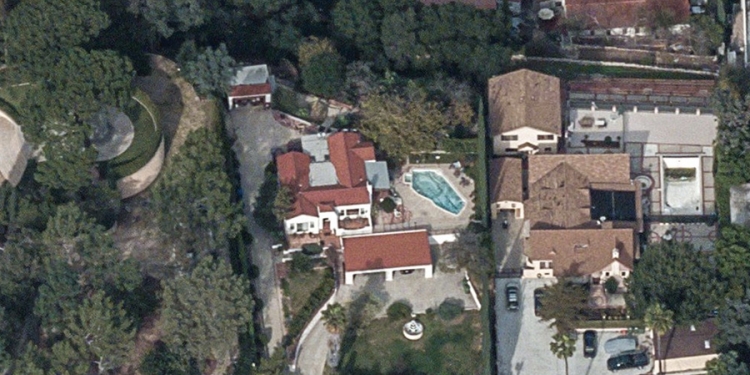 Photo: bing.com
Paranormal television start Zak Bagans has snapped up a picture perfect house in a coveted area of Los Angeles, but the house comes with a very dark past.
The idyllic property in at 3301 Waverly Drive in Los Feliz with its stunning views of the San Gabriel Mountains is the site of a notorious murder that happened almost 50 years ago at the hands of infamous mass murderer, Charles Manson.
The house, which was being shown by appointment only, was listed for $1.9 million. According to TMZ, the 'Ghost Adventures' star made an offer close to the asking price. The sale closes early in September.
The two bedroom house was once the home of Leno and Rosemary LaBianca who were murdered by Charles Manson and his followers in 1969. Both were stabbed multiple times during the gruesome attack. The property has remained mostly unchanged ever since.
Zak told TMZ that his interest in the house goes beyond the Manson killings. He says that dogs have mysteriously disappeared from the property and former residents have been freaked out by paranormal activity.
Zak is famously a collector of dark and sinister items and already owns Charles Manson's personal effects, including the former cult leader's dentures, a handmade pentagram and various other pieces of art the infamous killer crafted before his death in Corcoran State Prison.
Zak also own a Dybbuk Box, a cursed antique box is believed to have a dangerous spirit attachment and has been described as "the most haunted object in the world." The box is currently on display in his occult museum in Las Vegas.
The Haunted Museum houses Zak's collection of supposedly haunted and demonically possessed items, including Peggy the Doll who is known to cause heart attacks. There's also the original wooden staircase from the Indiana home that featured in Zak's 2018 documentary, 'Demon House'.
Other dark exhibits include a chair from the room where Michael Jackson died, the notorious "Devil's Rocking Chair" a haunted artefact connected to famed paranormal investigators Ed & Lorraine Warren's "Devil in Connecticut" case, and the infamous van that was fitted out as a mobile assisted suicide wagon by the controversial Dr. Jack Kevorkian.
The grisly real estate offer comes in the same week that Zak announced a new four-part miniseries that is based around some of America's most notorious serial killers. 'Ghost Adventures: Serial Killer Spirits' will air on the Travel Channel in the US in the run-up to Halloween.
Speaking at the 2019 San Diego Comic Con at the weekend, Zak said "I've investigated a lot of places, but these locations are absolutely terrifying on a whole other level. "To walk in the same footsteps as these serial killers, where some of the most notorious acts of evil were committed – it severely affects you. The residual energy alone is palpable."
While at Comic Con, Zak also announced a two-hour Ghost Adventures Halloween special that will air on Halloween night and see the team investigate the real-life home that inspired the 2016 horror film, 'The Conjuring'.
'Ghost Adventures: Serial Killer Spirits' premieres on the Travel Channel on October 5th and airs every Saturday as part of the channel's "Ghostober" event, which features 31 days of spine-chilling premieres.
Add A Comment
Tags:
paranormaltelevisionzak baganstopical

Have You Spotted All The Hidden Ghosts In Bly Manor?