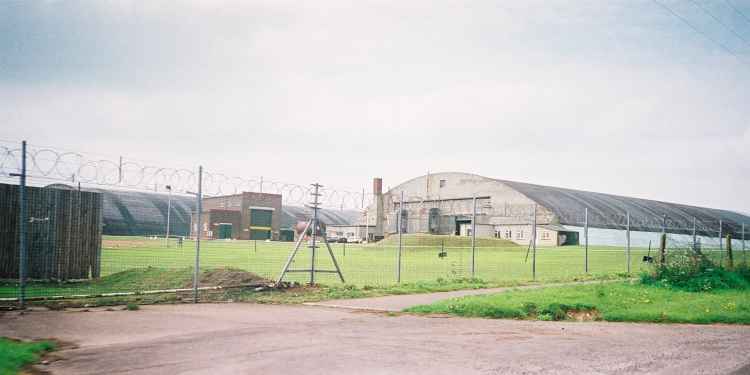 A very large airfield which is still in use today as home to 21 Signal Regiment and as a communications site for the joint service's Skynet system.

This is an active RAF site.

RAF Colerne was constructed in 1940 as an RAF Fighter Base which ran up until the mid 70s, just three years later 1978 the Junior Leaders Regiment Royal Corps of Transport took over base which became known as the Azimghur Barracks where they stayed until 1991, the following year the 21 Signal Regiment (Air Support) took over the base.. RAF Colerne housed one of the RAF main engineering units, overhauling the Lyneham Hercules fleet. Colerne is now home to 244 Signal Squadron and 81 Signal Squadron. Colerne also became the home of the Skynet system in 1991 a satellite station operated by the RAF at Rudloe Manor providing the Iridium global mobile network, Intelsat and Inmarsat satellite communications, various Cable & Wireless services. The system is maintained by Paradigm under a 15 year MOD subcontract. At one stage Colerne was the store for some twenty aircraft of the Air Historical Branch. These aircraft could be viewed by the public once a month on a Sunday afternoon. The aircraft were displayed in the open air during the bi-annual 'Bristol RAFA' air display. The Colerne 'museum' was closed in 1975.
Tags:
urbex