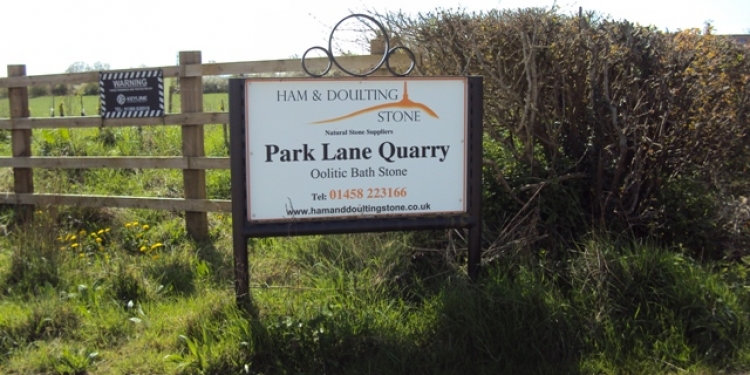 Park Lane Quarry is consists of 500 meters of underground workings spread over 100 square-meters, it can be found less than half a mile from larger Ridge Quarry.

After spending decades buried, the quarry was re-opened in 2010 but secured by its owner.

Park Lane Quary was opened by quarrymen, Randell and Saunders in 1800 and was worked until 1958 although it was briefly closed during the Second World War.
During it's working life, quarrymen created around 500 meters of underground passages, fanning out from a slopeshaft in the South of the quarry and covering an area of 100 square-meters.
The quarry housed it's own underground stable, which was fitted with wooden stalls and cobbled floor.
For the last few years the quarry has been completely sealed, the top part of the slopeshaft was filled in up to ground level, possibly due to the local farmer who prohibited visits to the quarry via his land.
The quarry is in great condition, partly due to the fact that there's been very few visitors to the quarry as it's been secure for so long and because of the strength of the stone which has prevented roof falls.
It's due to the quality of the stone that in 2010 plans were announced to re-open the quarry.
Recently, the entrance was cleared and inspection work undertaken by Ham and Doulting Stone Ltd, a family-run stone firm from Somerton. They plan to re-open the quarry with a recently approved permit to quarry a further 800 square-meteres.
The firms plans to re-open the quarry in spring 2010 have now been delayed due to opposition from local residents who are worried about the disruption and traffic congestion caused by plans to bring in HGVs to haul the stone through village.