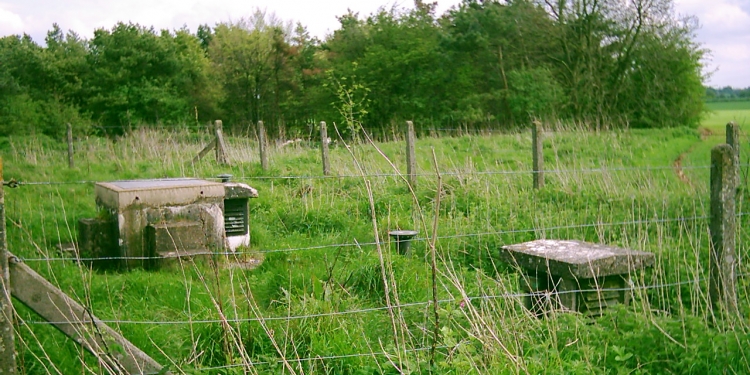 The Royal Observer Corps' main task was identifying hostile aircraft until the 50's, the start of the Cold War. The increasing threat of nuclear attack promoted the House of Commons to announce that the ROC was to be chosen for the new role of reporting nuclear blasts and monitoring fall-out, this lead to the job of building 1,563 underground monitoring posts across the country.

Posts were built to a standard design underground with a 4.5 meter entrance shaft which gave access to two rooms, one containing a chemical toilet and a larger monitoring room which was furnished with chairs, a table, shelf and cupboard space and a bunk bed to sleep two. Some were customized to suit the needs of the individual post with extra cupboards and tables. A ventilation shaft with two vents was located alongside the entrance shaft with a second air shaft at the other end of the room. The post was lit with 12v volt battery powered lighting. Each ROC post contained several monitoring devices such as a Fixed Survey Meter which was used to detect radiation with a sensor on the surface and a Bomb Power Indicator would indicate the force of an explosion based on a change in air pressure.
The post was also fitted with the Ground Zero Indicator, this was a pinhole camera with four holes facing outwards at North, South, East and West. A piece of photographic paper would become exposed in the event of an atomic blast through one or more pin hole indicating the direction of the blast. In 1968 although the threat of nuclear attack had lessened it was decided that the ROC would continue their monitoring operations, warning the public of an imminent attack. However man power was cut and half the posts were closed. Regular training and manning continued through the 70s and 80s but in 1991 it was decided by the MOD that all remaining posts would be closed.