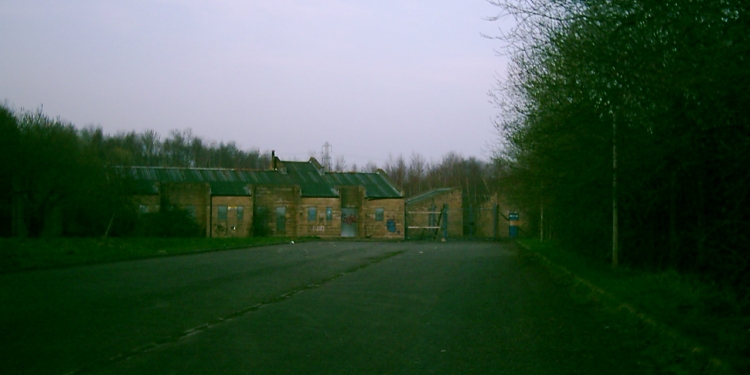 A small Bath stone quarry which has been buried under new housing in Corsham. The quarry was known by two names, Westwells Quarry and Moor Park Quarry.

No access, there is no trace of the entrance left today, just one air vent which is visible opposite the end of Westwells Road.

Work started extracting Bath stone from Westwells Quarry in 1890 from a slope shaft which became the centre of the quarry. The quarry closed in 1952.
Part of the quarry was taken over by Leafield Engineering as part of a laboratory on the surface. The above ground buildings were used for some sort of explosives packing or testing set up complete with separately vented rooms with anti-static floors. There is also a large test tank with gantry, possibly used for testing torpedoes.
Westwells was used for stone crushing and milling but in 1961 it was decided to move this to Hazelbury, leaving sawing and preparation of natural Bath stone here.
Bath and Portland Stone Firm referred to it as Hawthorn Quarry after the War.
Tags:
undergroundwiltshirecorshamurbex