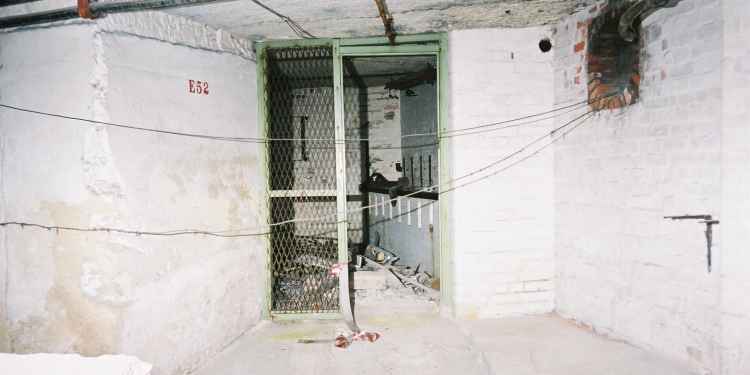 A large Bath stone quarry, parts were used to store British art during WW2 and as an underground Royal Enfield factory. Part of the site is still used today by Wansdyke Security for secure storage space, other parts of the quarry are being quarried by Hanson.

The site is partly owned and used by a secure storage company, the other half of the quarry is owned by a stone quarrying company.

Westwood Quarry is situated 6 miles South East of Bath, it is a fairly large quarry which originally started as two quarry, one known as The Tump. After quarrying stopped a large part of the quarry was cleared out by the Agaric Mushroom Company who used the quarry as an underground mushroom farm cleared large part of the quarry for the purpose of growing mushrooms.
During the Second World War roughly half of the mushroom farm area was used by Royal Enfield. It was turned in to an underground factory making anti-air craft predictors. After the War, Royal Enfield remained at the site and used as a workshop for their bikes up until 1970. The workshop was then taken over by two ex-Enfield employees who ran a servicing and repair workshop from the quarry for another 20 years.
In a totally separate and isolated area of the quarry, accessible via only one entrance from the main drift, an area of the quarry was put aside for one very important reason. Following the London Blitz, the contents of all the London Museums and Galleries were moved to safe hideaways deep underground or in remote rural areas. The 20,000 sq feet area of Westwood Quarry was converted into an immensely secure underground vault for the treasures of the British Museum, the Victoria & Albert Museum and priceless artefacts from many private collections including the crown jewels, in fact Queen Mary came to visit the quarry in 1943.
The repository was heavily protected against the damp, air conditioning made sure that the area in the stores were always at a consistent temperature and humidity. The quarry was also fitted with one of the first ever smoke detectors which at the time, was very technically advanced. The repository was secured with two large safe doors requisitioned from a London bank.
The repository is still in use today but now under Wansdyke Security, a security store company who use the site for long term archive storage. Other parts of the quarry have been put back to their original use, in the mid 1970s when Hanson once again began stone extraction from the quarry.