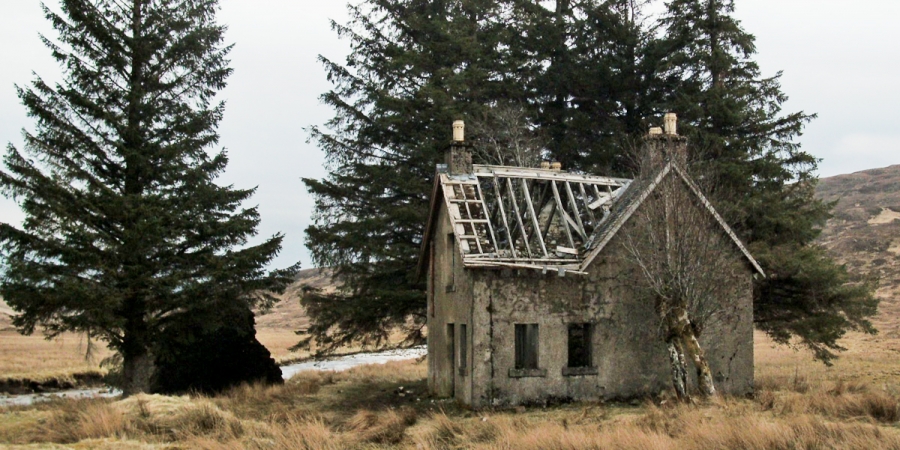 Luibeilt is a remote cottage in the Highlands, known in Scotland as a bothy, a building that provides shelter for walkers and climbers. The bothy is now completely abandoned and in ruins, but was brought to prominence as a haunted location in Danny Robin's paranormal podcast, 'Uncanny'.

In 1973 two young climbers planned to spend the night in the isolated bothy, upon arrival they found it had been abandoned despite being prepared for Christmas. After bedding down for the night, they experienced a series of strange noises including the sound of objects moving in the upstairs rooms, footsteps and even the clatter of objects being thrown around the room in the darkness with them. There are also reports of a strange dragging sound coming along the gravel path and into the house.

Over the years the house has fallen into a state of disrepair. At one point graffiti seemed to confirm the haunting, with phrases like "do not sleep in this house", "this house is haunted" and "this house is evil" scrawled across the wall.

One possible explanation for haunting is the suicide of John McAlpine, a dear stalker who lived in Luibeilt. The incident was reported in the Aberdeen Weekly News on April 26, 1890. It says McAlpine went out for a walk in the morning in his usual health, but later in the day his wife found in hanging from a rope tied to a cross beam.