This article is more than three years old and was last updated in May 2019. 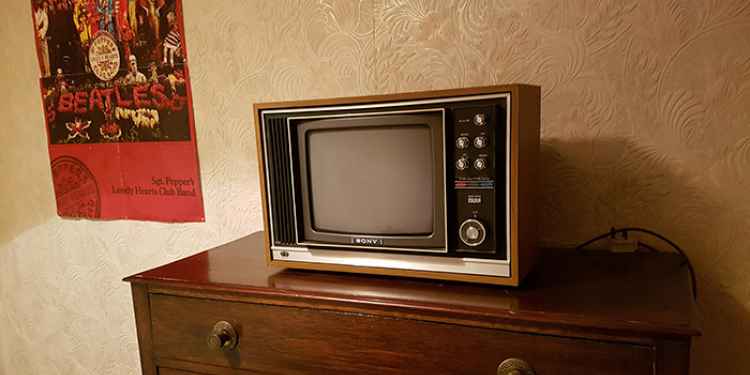 There's been anger in the paranormal world after a psychic medium claimed to have cleansed the UK's most haunted house of its resident spirits, including the infamous Black Monk of Pontefract.
The medium, Nick Sage, wrote on Facebook that the cleaning took place during a day of filming at the former council house. He said he was able to find some time to walk around the house alone and the spirits of the property made a connection with him.
He said that all he did was give the spirits an opportunity to be heard and listened to their story, "this wasn't about moving spirits on, as it is up to the spirit to pass."
Nick posted the news in a very bizarre way on his Facebook page a few days ago, in a badly mocked up, fake front cover of The Sun newspaper with the bold headline, "Psychic Nick Sage Clears Most Famous Haunted House." 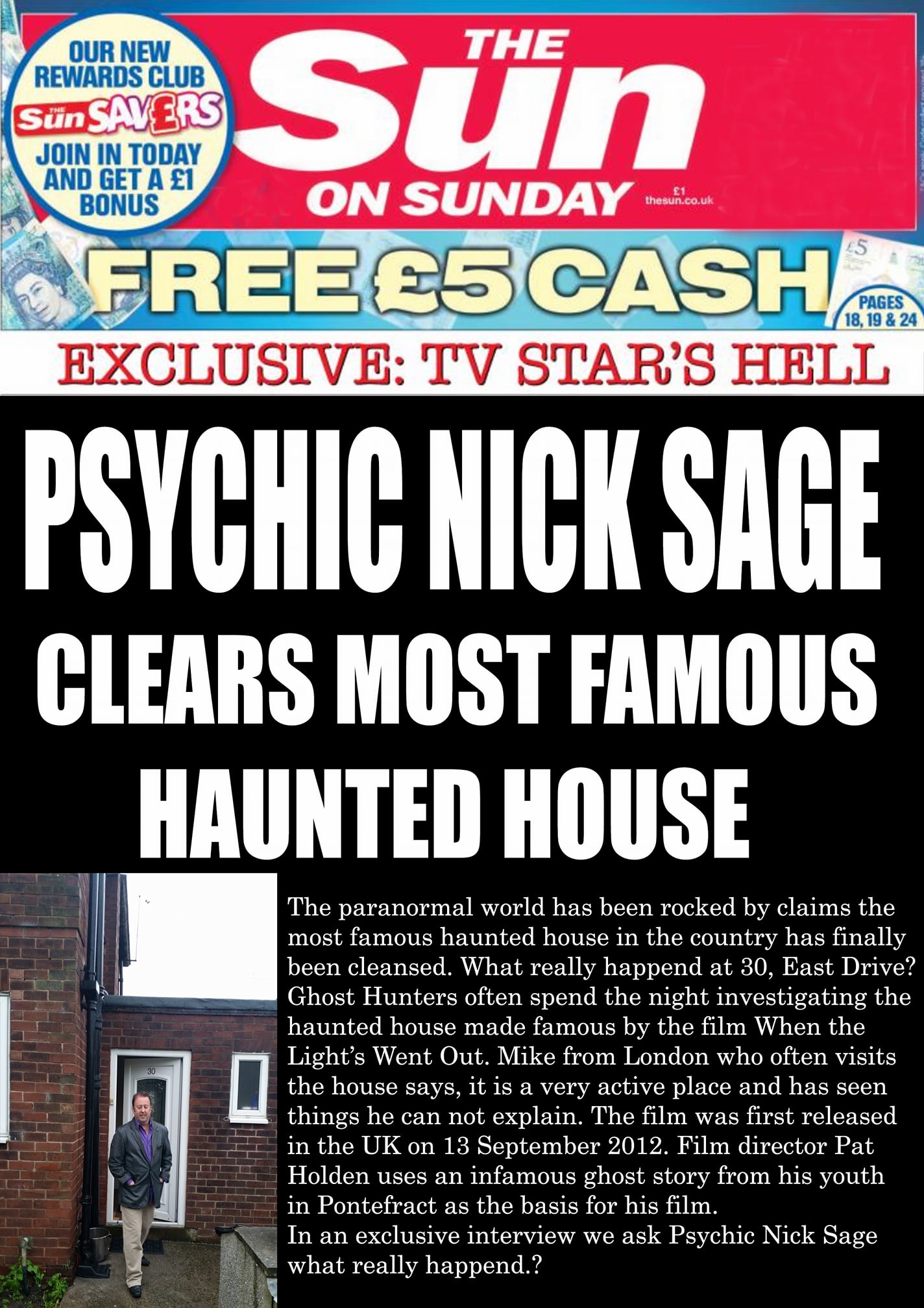 Despite the fact the paragraph of text which has been Photoshopped on to an old cover is terribly written, some in the paranormal community still seem to have been sucked in and believe that Nick's claims have in fact made mainstream news. As yet, they haven't.
Nick's original post stated "the paranormal world has been rocked by claims the most famous haunted house in the country has finally been cleansed. What really happened at 30, East Drive? Ghost hunters often spend the night investigating the haunted house made famous by the film When the Light's Went Out. Mike from London who often visits the house says, it is a very active place and has seen things he can not explain. The film was first released in the UK on 13 September 2012. Film director Pat Holden uses an infamous ghost story from his youth in Pontefract as that basis for his film. In an exclusive interview we ask psychic Nick Sage what really happened.?"
I know The Sun's standard of journalism might not be the highest, but I'm pretty sure their reporters know not to end a sentence with a full stop and a question mark... especially as the sentence isn't even a question. Also, the 2012 paranormal movie that Nick mentions is actually titled 'When The Lights Went Out', no apostrophe is needed in the word "lights."
Nick claims the full article will be published in May, but I'm not sure where. Although this preview is poorly written it still seems to have caused a bit of a stir. Mostly because those who have an interest in the house or have been to investigate feel that Nick has no right to move the spirits on without the owner of the property's permission.
In fact, when visitors arrive at the house they are asked to agree to a set of house rules, and rule number four is "NO EXORCISMS." The reason given for this is firstly the property owner's belief that you can't exorcise a poltergeist, and secondly 30 East Drive wouldn't be the thrill it is without the Black Monk of Pontefract.
Perhaps it's true, you can't exorcise a poltergeist, as there has previously been many unsuccessful exorcisms attempts at the house during the peak of the poltergeist activity in the early 70s.
After posting his initial claim, Nick said "inboxes flooded in that I had been banned," which I can only assume means his inbox was flooded with emails telling him he's been banned from the house, presumably for breaking house rule number four.

Photo: facebook.com
The psychic hasn't given much detail on when or how the alleged cleansing took place but said in an equally as poorly written follow-up post that he was taken back to a different time after being hit by a huge surge of energy.
He claims he was shown a well underneath the fireplace in the living room, as well as a stream running under the house. Of course, anyone who knows the haunted history of 30 East Drive will have heard the unconfirmed rumours that the house was built over a well, and that it was this well that a local monk was thrown down and left for dead after murdering a young girl in the area. It's this monk who is now said to haunt the property.
Nick also says he was shown the vision of a medieval battle which took place on the site of the house and that the bodies of those killed were thrown in the stream. He says, "I realised this in part is why that house." But, he fails to finish the sentence, do you mean "why that house is haunted," Nick?
He goes on to say, "those poor souls wanted a story told," and that all they needed was a good listener to set them free. He wrote, "imagine being free from all pain but suddenly realising you are alone leaving behind those who you love wanting to reach out to them.?" - again, this is not a question and there is no need for a full stop and a question mark.
Following his claims, Nick experienced a backlash from the ghost hunting community, one Facebook commenter said "nobody will ever be able to cleanse this place." Another posted, "the house is still active. Still bangs, dark shadows. The fool cleansed nothing."
Most of the criticism revolved around the accusation that the medium had only publicised the claim that he had cleansed the house to further his own career, but he responded to this on Facebook by saying, "it is not about money, the self or a ban. It is simply about listening," whatever that means.

Is It Legal To Exorcise Someone's Property Without Permission?

Bearing in mind that 30 East Drive is run as a business and that Nick has failed to comply with the house rules, could he now find himself in hot water because of his actions?
Whether you believe in ghosts or not, the house relies on its haunted reputation to sell tickets, and most nights the house is packed full of ghost hunters. By publicly claiming that he has cleansed the house of its spirits, Nick is putting the property's booking numbers and potential earnings at risk.
Of course, a court isn't going to debate whether Nick actually drove spirits away from the property as this would require first establishing the fundamental existence of ghosts, which is never going to happen. But given that Nick entered number 30 bound by the house rules and then flaunted those rules, he could have opened himself up to a damages claim if there is a loss of revenue. Although it's unlikely it will go that far.
On the other hand, the reputation of the house will probably overpower the reputation of a psychic medium who's not even capable of stringing a sentence together properly in a Facebook post. With no proof, vague claims, and the level of self promotion surrounding Nick and his announcement, it's unlikely anyone will take him seriously.

In a recent poll amongst the ghost hunting community, 70% of those surveyed said that they believed that the house is indeed haunted, although almost half of those believers said that they felt the case has been over hyped.
As recently as Sunday night paranormal activity has been reported in the house. A group of ghost hunters at the property with a paranormal events company reported activity as soon as they arrived. This included various pieces of ghost hunting equipment being triggered on request, orbs and light anomalies, and loud bangs throughout the house.
The team also managed to make contact with some of the spirits using table tipping and glass work, the names "Fred," "Edna," and the spirit of a little girl called "Kate" came through.
During the night guests reported feeling like they had been touched, as well as the sensations of extreme temperature changes. Others reported feeling like they were drunk or on a ship, and in the lounge a number of guests felt very emotional.
So, it seems whatever Nick did has had no effect on the spooks at number 30. 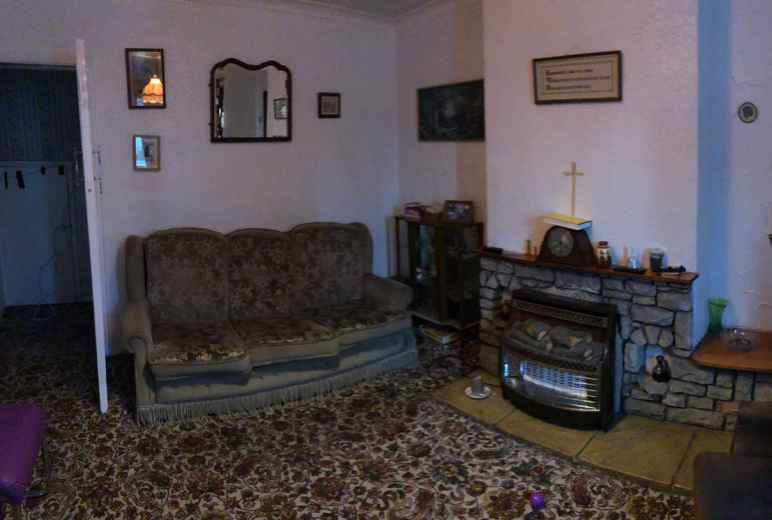 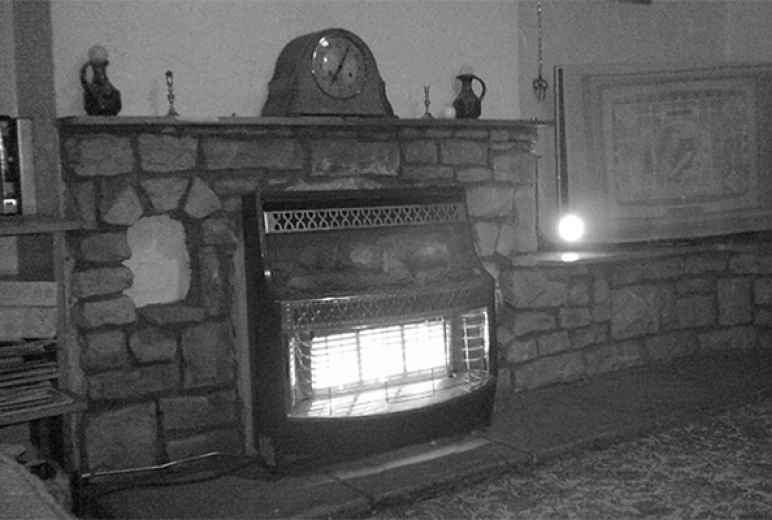