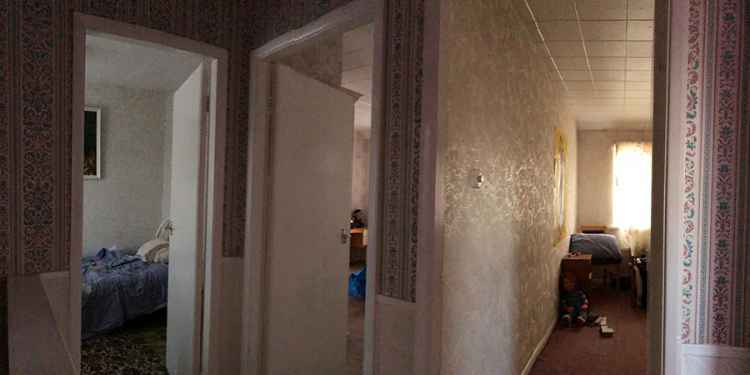 🖤
The infamous black monk house at 30 East Drive in Pontefract has been voted the best Paranormal Hotspot for the second year in a row in the Paranormal Entertainment Awards.
The haunted location was given gold after receiving the most votes in its category, which included fellow-nominees the Haunted Antiques Paranormal Research Centre (Hinkley), the Old Picture House & Haunted Museum (Nottingham), The Village (Mansfield) and Tatton Old Hall in Knutsford, which took the silver award.
This year the property's owner, Bil Bungay, released a new book about the sinister house that goes into more detail about the haunting than ever before and features the accounts of paranormal investigators who will be familiar to those who've been following this year's awards.
The unassuming, typical three-bedroom, semi-detached house on the Chequerfield Estate has been described by many as the most haunted house in Great Britain. The story of its haunting started in the 1960s when the family living in the house, the Pritchards claimed they were experiencing supernatural goings on.
The house is believed to be haunted by the malevolent spirit of a 16th Century monk known as the Black Monk of Pontefract. It's said that he assaulted and murdered a young girl, he was hanged on the gallows which were said to be originally located on the land the estate was built on. He was then thrown down a well near the house and left for dead.
Over the last few years the house has been made famous by television shows like 'Most Haunted' and 'Paranormal Lockdown', and the movie 'When The Lights Went Out'. It's also become a popular location for public ghost hunts, so it's no surprise that the property has topped the Paranormal Hotspot category this year.
30 East Drive was just one of many winners in the awards. The annual online event racked up almost 60,000 votes from fans of the paranormal, voting across the 15 categories, including everything from individual ghost hunter, through to movies, TV shows and podcasts.
You can see the full list of silver and gold winners here.