Haunted Magazine has been awarded gold for Best Paranormal Magazine for the second time in a row at the Paranormal Entertainment Awards. 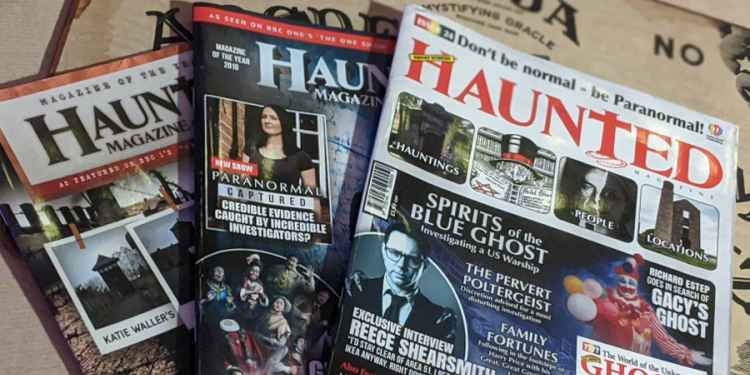 Haunted Magazine has been awarded gold for Best Paranormal Magazine for the second time in a row at the Paranormal Entertainment Awards.
The magazine, which is now in its 10th year, is a must-read for any fan of the paranormal. Each well-designed issue covers the full ghostly spectrum, from articles about the latest trends in paranormal investigation to interviews with the stars of ghost hunting TV shows, and supernatural movie news.
The magazine is available both digitally and in physical print as a one-off purchase or annual subscriptions.

Seriously, thanks to everyone who voted, this award is for anyone associated with #TeamHaunted... https://t.co/HuG3d5DrnJ

Haunted Magazine's finest moment this year was the celebration of the re-release of Usborne's classic ghost book 'The World Of The Unknown: Ghosts'. The magazine honoured the book by mimicking its iconic cover for its 24th edition.
Haunted Magazine was in a tight category but reigned victorious over Paranormal Hauntings magazine, which was awarded silver in the category, with Fortean Times failing to pick up enough votes to secure a win.
As well as congratulations, we'd also like to say a massive thank you to Paul from Haunted Magazine for all his support with this year's awards - he undoubtedly helped bring the community together.
As well as asking fans of the paranormal to vote for their favourite magazine of the last twelve months, thousands also voted for their favourite paranormal hotspot, ghost hunting television show and paranormal movie.
In total, almost 60,000 votes were cast as fans of the paranormal picked their favourite paranormal content creators, publishers, hosts and podcasts of 2019 in the second annual Paranormal Entertainment Awards.
You can see the full list of silver and gold winners here.