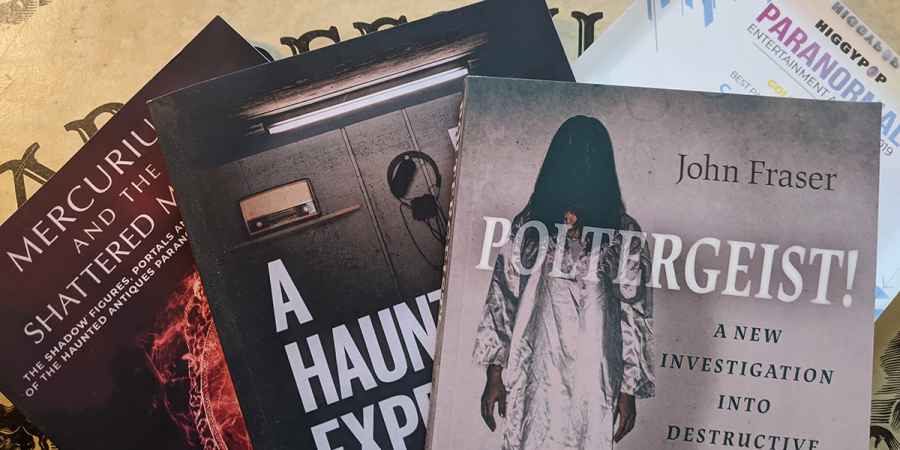 This morning we exclusively revealed the shortlist of three of the most hotly contested categories in this year's paranormal entertainment awards.
Steve Higgins from Higgypop announced the shortlist for three of the 17 categories during an interview as part of The Festival Of The Unexplained, a free online virtual event taking place this weekend.
Although the full shortlist won't be announced until voting opens on November 1, viewers of the virtual 40-hour event were the first to get a look at the nominations for the Best Paranormal Movie, Best Paranormal Entertainment Show and Best Paranormal Book.

Steve was interviewed by the event's organiser Karen Fray with the help of the paranormal community who were asking questions while watching live on the event's Facebook and YouTube pages.
Other guests from the paranormal field taking part in the two-day online event include Richard Felix, Ciarán O'Keeffe, Patti Negri, Barri Ghai, Jayne Harris, Richard Estep, Sara & Phil Whyman and Nick Groff.
You can find out more about the event and follow all of the live sessions on its official Facebook page. If you missed Steve's chat with Karen, you can watch it back in full below and find out more about how the annual Paranormal Entertainment Awards are put together.
The awards recognise the best paranormal content creators, publishers, hosts and broadcasters of 2020. Covering all forms of content created for traditional broadcast, online streaming, social and print, as well as celebrating the stars and creators of that content.
Once again we'll be asking you to vote for your favourite paranormal reality television show of the year, the best supernatural movie, as well as the best paranormal investigators, skeptics and psychics of the last twelve months.
Voting for the second annual Paranormal Entertainment Awards will open on November 1, with this year's winners being announced on Sunday November 29, 2020.

More From The 2020 Awards View All

Tags:
awardsawards 2020topicalparanormalfestival of the unexplained