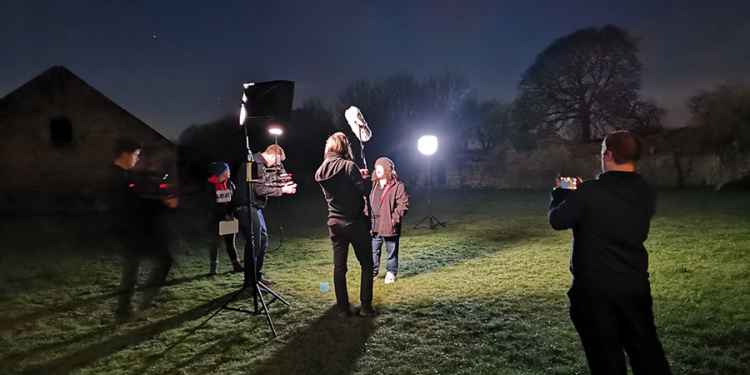 Photo: © Codnor Castle Heritage Trust
Following its sold out premiere in London's glitzy Leicester Square, the stars of the much anticipated ParaPod Movie have started to tell fans a little about what they can expect when it gets its full release.
The ParaPod Movie is the first podcast to be turned into a feature film. The comedy podcast devised by Barry Dodds and Ian Boldsworth, sees the pair go head-to-head as Barry tries to convince his skeptical friend about the existence of ghosts.
Speaking to BBC Radio Derbyshire's breakfast show host, Ian Skye, paranormal investigator Barry said "I had to make the list of the most haunted places in the UK to take Ian to to try and convince him that ghosts exist."
As well as the infamous Black Monk House in Pontefract, the duo visited various paranormal hotspots across the country, including the Ancient Ram Inn and Edinburgh Vaults. Barry told Radio Derbyshire that they also filmed in their county, at the supposedly very haunted Codnor Castle.
The castle was mentioned in our recent list of the 100 most haunted places in the UK and given its historical significance, comes with plenty of ghost stories. Chairman of the Codnor Castle Heritage Trust, Rokia Brown, is convinced. She told the BBC, "yes, I would say it's definitely haunted. We've had our own personal experiences when we've been working up there and when we got custodianship of the farmhouse, there was a lot of things happening." 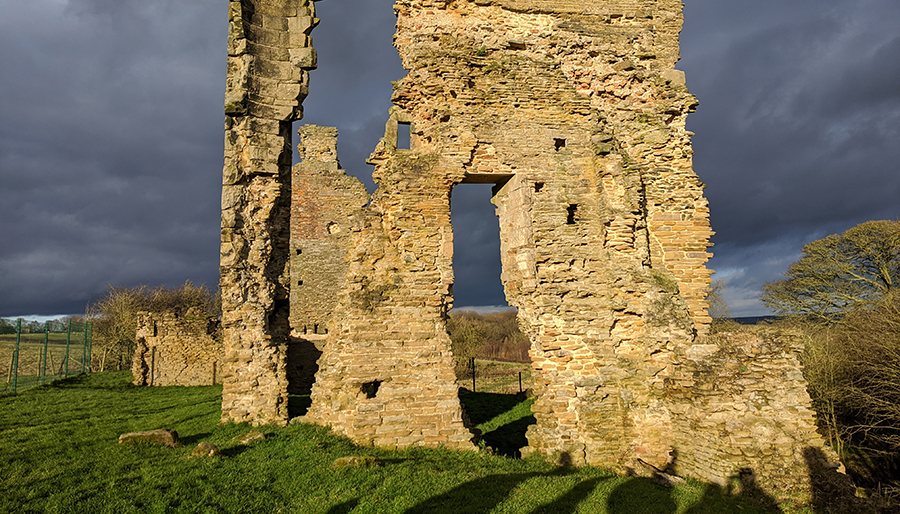 Barry said, "Codnor always stuck in my mind because it was incredible. The castle looks stunning, the castle itself is in ruins but there's also a farmhouse there." Barry likens this 16th century cottage to the eerie house that the unfortunate characters in the movie 'The Blaire Witch Project' find themselves in at the end.
The reason Barry picked this spot as a location for the movie was based on his experience there from a previous visit. He said, "I remember when I was in there the first time and I thought 'this place is incredible' and I said at the time 'I've got a feeling that I'll be back here for some reason' and of course we went back for the ParaPod Movie because it was just so good."
It's not yet known how much of the location will feature in the movie, or whether they'll focus their attention on the castle ruins and grounds, or the farmhouse as both parts of the site have their own unique ghost stories. 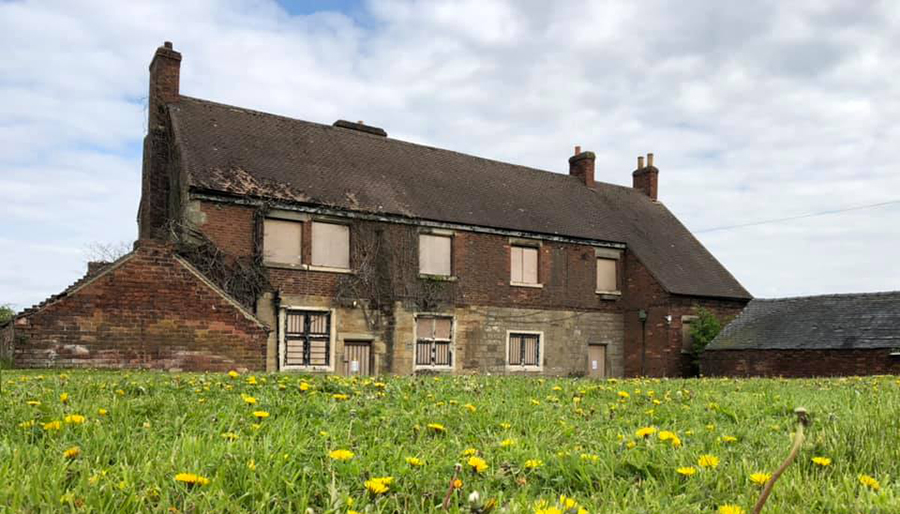 🖤
The grounds of the castle are said to be haunted by the ghost of a soldier of the Knight's Templar. The story goes that he was injured in battle and took refuge in the castle over night. The soldier died during the night, and ever since, his rather aggressive ghost has been seen wearing a dull metal helmet in the castle grounds outside the cottage. He's also seen running through the ruin of the great hall.
Like many haunted locations, the castle has its own "Grey Lady", although in the case of Codnor it's likely she's linked to the influential De Grey family who occupied the castle for centuries. It's said she died following an accident while out riding her horse while heavily pregnant. She has since been seen roaming around the estate.
Standing beside the castle is the derelict farmhouse, which is said to be the location of a murder, as well at least one suicide. The paranormal occurrences are reported to range from dark shadows, to poltergeist activity like doors slamming, furniture being moved across rooms, glasses being thrown, and one investigator was even dragged across a room while sat on a chair.
You can find out more about this fascinating location on the Heritage Trust's official Facebook page. You'll also find details about open days and events taking place at the castle.
The Chortle nominated podcast has a strong comedy theme running through it, but the BBC's Ian Skye wondered if the movie would include a serious investigation of Codnor's spooky goings on. Barry said, "I think people who know our previous work just thought it would be two hours of banter, but it's quite frightening, it's quite scary in places because of the places we're in, like Codnor Castle."
Barry was asked the question we're all dying to know, did anything happen at the castle, but the podcast host turned movie star remained tightlipped, "I can't tell you anything".
Rokia told Radio Derbyshire, "when the guys came down to film the movie, we were so delighted, and we got on with them so well. There was a really good rapport there between us and them, and it made the whole thing actually really special. They were so professional when they were there as well and so respectful of the site."
She added, "to see Codnor Castle on the big screen in the middle of the West End in front of a sold out audience was fantastic".
Full details of the movie's release have not yet been announced, but there's been unconfirmed talk of a tour of selected cinemas across the UK, and a limited BluRay release.
More information is expected to be announced in the next few weeks. The best way to make sure you don't miss any updates is to follow Ian on his Patreon page. You can get access to this exclusive content by supporting his work for as little as $1 a month and you'll also get behind the scenes news, gossip and photos from the podcast and the movie, as well as his other projects.
You can also keep up with the latest news on the ParaPod Movie here (although normally a few weeks behind Patreon), and re-listen to the original podcast with our episode guide.