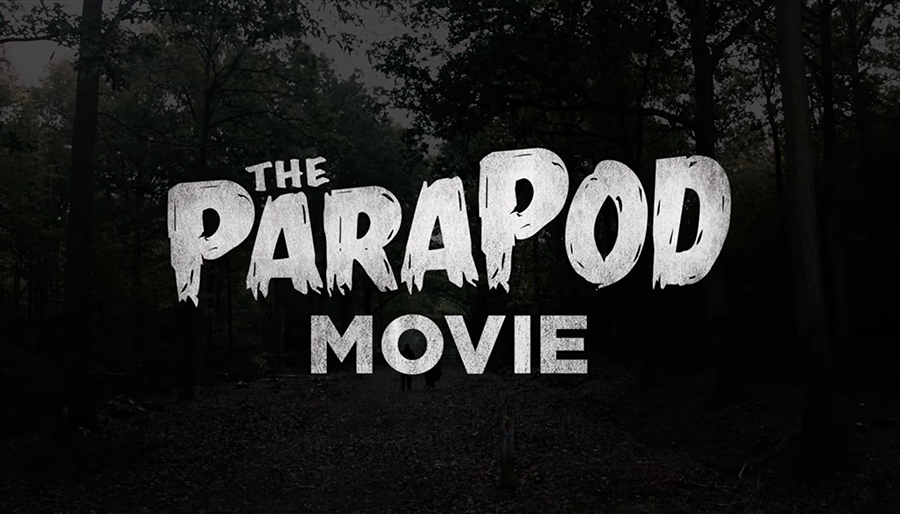 Photo: youtube.com
The ParaPod is a comedy podcast in which hardcore believer Barry Dodds and staunch skeptic Ian Boldsworth debate the paranormal. It ran for three successful series, notching up a total of 30 episodes, as well as a handful of specials, Ian and Barry then decided to make a movie version of the podcast.
The companion movie of the Chortle nominated podcast has been a long time coming. The duo first announced their plans at the beginning of 2018 when the podcast's third series came to an end.
Despite the longevity of the project, Ian and Barry have kept the exact details of what fans can expect from the movie close to their chests. However, it's likely that they'll take their winning podcast format on the road, and we'll get to follow the duo around the country as Barry tries to convince Ray that the paranormal is real at some of the UK's most haunted and mysterious locations.
Now, on the day the movie gets its first screening at the Prince Charles Cinema in London's glamorous Leicester Square, fans get their first proper taste of the movie as Ian releases an outtake from the film.

In the new clip, which is labelled as 'The ParaPod Movie Prologue', we see Barry talk us through his array of ghost hunting gadgets in the dinning room of the infamous poltergeist house on 30 East Drive in Pontefract, which featured heavily in the first series of the podcast.
His ghost-busting kit includes a digital audio recorder, a thermometer, a cuddly bear that is supposed to react to the presence of spirits, an EMF meter, and a motion sensor. Barry also has one essential piece of kit, a video camera. He says, "if you're out there and you see a ghost, no one's going to believe you. Get it on film". This prompts Ian to butt in and retort, "you've gotta get it on film, just like nobody has ever done".
To date, this is the biggest taster of what the film might be like, previously fans have been teased with a series of clips that featured in an official trailer released in April 2018.
In the trailer we see a little more of Barry at 30 East Drive, this time running out of the house screaming. We also see Ian and Barry speaking to Carol in the living room of the house. Carol of course featured in a very aggressive interview in the ParaPod special podcast.
The trailer also gave us our first glimpse of the very cool ParaPod vehicle, with its registration plate "PARA-1". In the movie, one of the places the duo will travel to in the car is Pluckley in Kent, which is said to be the most haunted town in Great Britain.  In the first series of the ParaPod Barry took us on his virtual "taxi ride" to the town, now as it gets a name check in the trailer, it seems the pair are going to visit for real.
The trailer also features a shot of a stuffed crow hanging from a ceiling. This crow can be found in the kitchen of a pub in Gloucestershire, which is said to be one of the most haunted pubs in the UK. The Ancient Ram Inn is now closed to the public, but Ian and Barry follow in the footsteps of many ghost hunting teams, including the television shows 'Ghost Adventures' and 'Most Haunted'.
The ParaPod is the first podcast to be turned into a feature film, and also sees Ian make his directing debut. The movie isn't a documentary as such, or a flat-out comedy, but it is unscripted and has funny moments, perhaps even scary moments.
As always, the music is provided by Thomas Van Der Ree, with visual effects from Taylor Dempsey, all pieced together by editor, Simon Gibbs.
Although the movie gets its first public showing in London tonight, full details of the movie's release have not yet been announced. Presumably the film will be available to watch for free online at some point as much of the funding came via donations from fans of the podcast, but there's no release date for the film yet.
There has also been unconfirmed talk of a tour of selected cinemas across the UK, and a limited BluRay release. This may all be confirmed when the movie's final trailer drops - this is expected imminently.
As part of the movie's promotion, Ian and Barry are producing a new series of the podcast that will act as a companion series to the movie.
These new episodes are likely to be shared first exclusively for those who support Ian on his Patreon page. You can get access to this exclusive content by supporting his work for as little as $1 a month and you'll also get behind the scenes news, gossip and photos from the podcast and the movie, as well as his other projects.
You can also keep up with the latest news on the ParaPod Movie here, and re-listen to the original podcast with our episode guide.