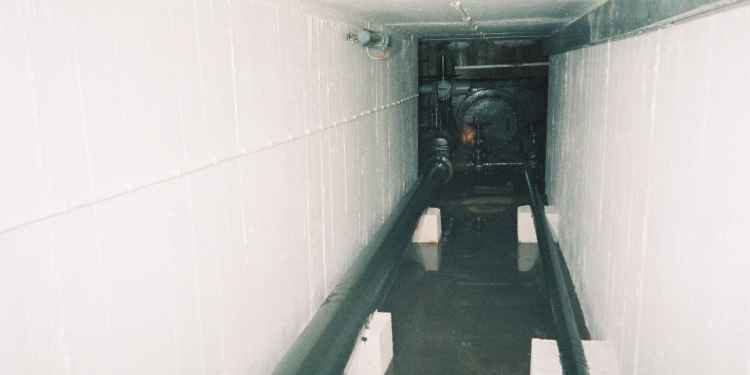 A cluster of huge underground fuel tanks, built to store fuel stocks in WW2 serving the Avonmouth to London pipeline with aviation fuel, an HAA site was set up to protect the fuel reserve.

The Hallen Depot was built to store RAF fuel stocks in WW2, it was listed as an RAF Main Reserve Storage Depot in September 1943. It connects to the Avonmouth to London pipeline which follows the A4 through parts of Wiltshire distributing aviation fuel.
The huge site consists of numerous fuel tanks in two hollowed out hills, each tank is 90 foot in diameter and 20 foot deep, an maintenance tunnel runs in to the hills to gain access to the point where the fuel pipes connect to the tanks.
The fuel depot adjoined an army camp which in it’s time consisted of 10 to 15 wooden barrack buildings, a concrete ammo dump, a couple of pillboxes and two large hexagonal surface bunkers. The site was one of the HAA (Heavy Anti-Aircraft) sites protecting Bristol and the vital fuel stocks during WW2. The HHA site remained operational until the mid '50s, very little remains there now however the fuel depot is still in use today.