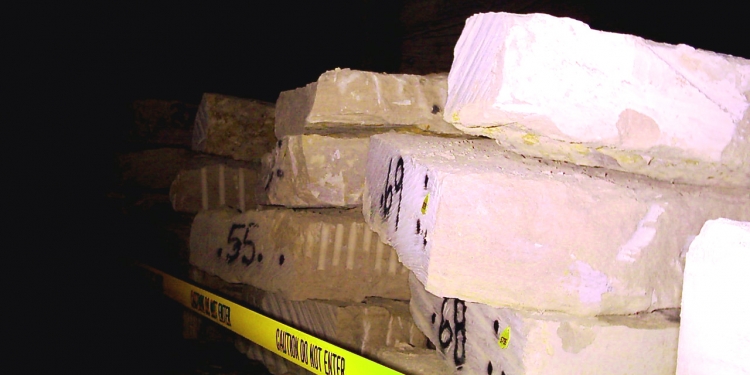 Monks Park is divided into two sections, one part is still a working stone quarry while the other part was once a Royal Navy storage depot but is now occupied by Leafield Engineering who make components for the defence industry and commercial users.

This is an active stone quarry, there is no access.

Monks Park is one of the few mines in operation today, started it's life under the name of Sumsions Monks or Monks North as it was started in 1886 by Sumsions as a Bath stone quarry, the mine then changed hands to The Bath and Portland Stone Co. who's name has since changed to ARC Stone. The mine now covers 38 acres and has 212 steps leading down, the stone being about 100’ below the ground.
In 1937 the quarry was taken over by the War Department and used as an ammunition and explosives store, although the whole area was not converted. The site became surplus in 1941 and sat empty until 1954 when a 10 acre area of the quarry was converted by the Royal Navy as an extension to the stores at Copenacre Quarry as well as Spring Quarry. The conversion took two years and during this time , 250,000 tons of waste was removed, floors laid, ceilings and pillars strengthened where necessary and engineering services installed. To make the quarry suitable for storage a new reinforced lift shaft was constructed.
The rest of the quarry which was never converted remained in it’s original stone quarry state, this half became a quarry museum for a short time before being moved to Pickwick Quarry as it was decided that the quarry would once again be put in to use for stone extraction, it is still quarried today by Hanson.
When Copenacre Quarry closed in 1995 the Navy’s part of Monks Park was sold off to a Leafield Engineering, a defence contractor who now use the quarry to make components for the defence industry and commercial users.
Monks Park has an underground link to the adjoining Ridge Quarry, however this has now-a-days been blocked by Hanson. 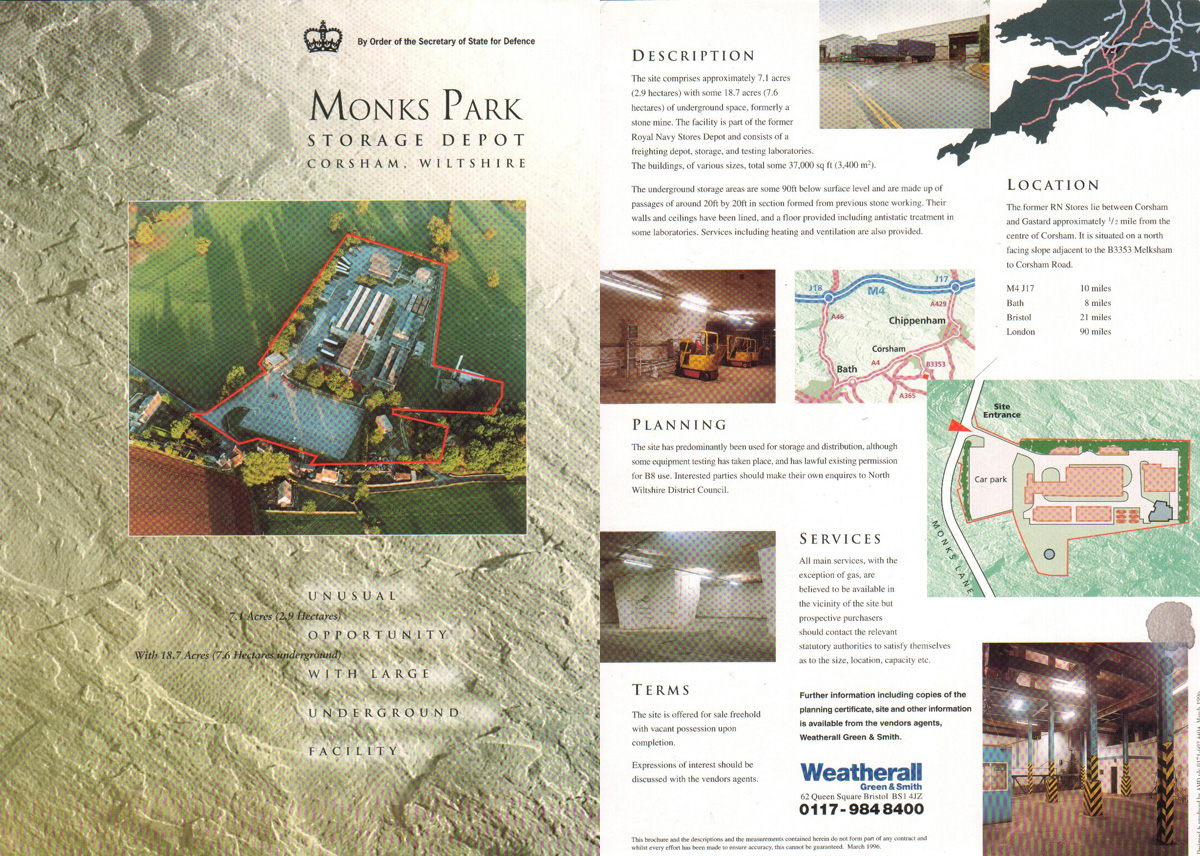 A promotional brochure for the Monks Park underground storage depot near Corsham in Wiltshire.