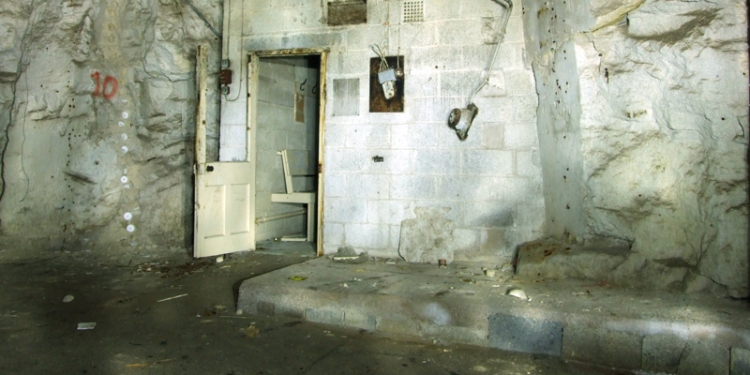 A small stone quarry, just off of the main road through the small town of Bradford on Avon, since closing the tunnels have been put to several other uses.

There is currently no access to this location, it's been permanently blocked and surrounded by new houses.

Stone quarrying started at Poulton in 1841, at this time it was knowns as Paulton's Limestone Quarry or Bradford on Avon 8. Despite its relatively small size was worked until 1900.
As with many of the quarries in the area, After the quarrymen left the tunnels were put to new uses. In the case of Poulton, it became a mushroom farm as did the neighbouring (but unconnected) Jones' Hill Quarry and Bethel Quarry.
Some modifications were carried out to make the quarry a useable underground workspace, including strengthening work, the installation of some limited ventilation and the construction of office and store areas.
The quarry's adit entrance is just meters from Frome Road, beneath Poulton Field, an open area which cannot be built on due to the underlying quarry.
During the Second World War, Pulton Quarry was used as an air raid shelter by near-by Fitzmaurice Primary School, some of the quarries ventilation shafts can still be seen near the school building.
Add A Comment
Tags:
undergroundwiltshireurbex