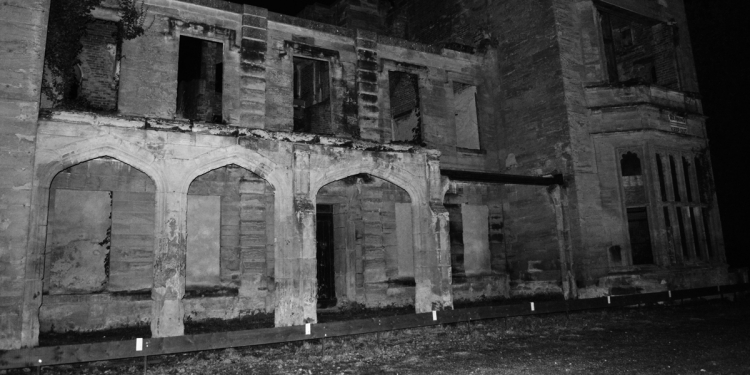 This property is made up of the ruins of a grade II listed manor house which dates back to 1751 but fell in to disrepair in the 1950s and was destroyed by fire. Behind the ruins was an adjoining building, St Mary's Chapel. The basement of this chapel used to include the house's servants' quarters.
In the 1970s, the chapel was restored by the Freemason. Today the two Freemason temples contained in the chapel are decorated with eerie Masonic symbols and objects and are used for their ceremonies.
Recent visitors have reported making contact with the spirits of Freemasons, children, and servants from the house. Most of the spirits are said to be male as historically the site is quite male dominated.
At one point in its life, part of chapel was used as a brewery and some mischievous ghosts known as the "Brewery Boys" are said to haunt this area. While out in the grounds a mischievous stable boy called Jacob has been witnessed in the coachhouse which is carved into the rock of Guy's Cliffe.